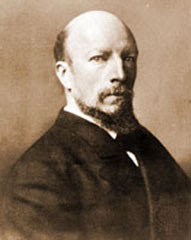 In 1902 Adler was able to return to academia as the Chair of Political and Social Ethics at Columbia University, where he taught until his death in 1933.  The position elevated his public profile even more and he greatly influenced two generations of student.

After years of concentrating on domestic justice issues, the Spanish American War aroused a new interest in world affairs for Adler.  Initially he had supported the war as a way to liberate the peoples of Cuba, Puerto Rico, and the Philippines.  But when it quickly became apparent the United States was actually more interested in acquiring its own empire, Adler became a voracious critic and leading anti-imperialist.  The “supreme worth of the person”—a construction that sounds familiar to Unitarian Universalist ears—was the basis of Ethical Culture and Adler’s over arching principle in world affairs, that no single country, faith, political or economic philosophy could lay claim to superior institutions and lifestyle choices of other peoples.

When for similar reasons Adler opposed American entry into World War I his German birth was used to attack him as an agent of the Kaiser and he attracted the unwanted attention of Federal Authorities.  He may have only escaped prosecution for his anti-war writings and speeches because powerful friend in New York politics interceded on his behalf.  His opinions also caused rifts in Ethical Culture Societies, especially after the war when he surprised many by also speaking out against the League of Nations as an imperialist club of the winners of that war.  Instead he proposed an international Parliament of Parliaments elected by the legislative bodies of all nations and representing various classes of people, rather than just the economic and social elite, so that common and not national differences would prevail.

Over his long career Adler published prodigiously, a seemingly endless stream of articles, pamphlets, published lectures and sermons, and academic papers.  Among his books which were deeply influential were Creed and Deed (1878), Moral Instruction of Children (1892), Life and Destiny (1905), The Religion of Duty (1906), Essentials of Spirituality (1908), An Ethical Philosophy of Life (1918), The Reconstruction of the Spiritual Ideal (1925), and Our Part in this World.  A collection of his The Ethics of Marriage for the Lowell Institute in 1896–97 was also widely read.

Adler acted on his belief by service to many worthy causes. He the founding chairman of the National Child Labor Committee in 1904 which hired his student Lewis Hine to document conditions in a series of searing documentary photographs. In 1917 Adler served on the Civil Liberties Bureau which was speaking out for war time dissident.  The Bureau later became the, American Civil Liberties Union (ACLU) with which he remained active. In 1928 he became President of the Eastern Division of the American Philosophical Association. He also served on the first Executive Board of the National Urban League.

After Adler died in New York City on April 24, 1933 at the age of 81, his Ethical Cultural movement struggled.  There was a post-war revival of sorts with new societies springing up in suburban enclaves and university towns, often focused around the Sunday schools for children.  Societies have tended to become somewhat more conventional in their religious practices so that many Sunday services closely parallel church services without the mention of God.

Today it is a small, but influential voice for rational humanism with about 24 congregations and a few thousand members.  But as always, Felix Adler’s influence extends far beyond that to generations of humanists who may never have heard his name.