Massacre on Memorial Day in Chicago


Eighty years ago yesterday it was a hot, muggy day.  But the sun was shining brilliantly.  Due to the week old strike and the Memorial Day holiday, the giant mills nearby were not belching their customary heavy smoke.  Maybe those unaccustomed dazzling skies contributed to the air of a holiday outing as steel workers, their wives in their finest summer dresses, and their children converged by bus, trolley, auto, and foot on Sam’s Place, an erstwhile dime-a-dance hall, turned into a makeshift soup kitchen and strike headquarters on Chicago’s Southeast Side less than a mile from the Republic Steel mill.
It was May 30, 1937.   The Steel Workers Organizing Committee (SWOC), the pet project of John L. Lewis’s Congress of Industrial Organizations (CIO), had shocked the nation earlier in the year by bringing industry behemoth U.S. Steel under contract by infiltrating the company unions and having them vote to affiliate.  Faced with rising demand from an apparent recovery under way from the depths of the Depression on one hand and a popular, labor friendly administration in Washington on the other, the nation’s dominant steel company quietly surrendered.
Buoyed by the success, organizers turned their attention to Little Steel, the smaller, independent operators in Pittsburgh, Youngstown, Chicago  and other grimy industrial cities.  But the bosses of Youngstown Sheet and Steel, Republic, Bethlehem, Jones and Laughlin and others were a tougher bunch than the Wall Street stock manipulators that ran the huge rump of the old Steel Trust.  In fact they had nothing but contempt for the monopolists, their old business enemies, and their “weakling” attitude toward unionization.  Little Steel vowed to fight.  Tom Girdler, President of Republic, had said that he would go back to hoeing potatoes before he met the strikers’ demands.
The ferocity of the opposition to unionization was not just empty rhetoric either.  They had shown they meant business in blood on more than one occasion.  Famously in Youngstown, Ohio back in 1916 strikers accompanied by their wives and children marched from the slums to the gates of the Sheet and Tube mill to keep strike breakers from reporting to work.  Inside the gates a small army of private security forces responded by throwing dozens of tear gas bombs.  As the thick, poisonous haze hung over the workers obscuring their vision, guards unleashed volley after volley of rifle fire directly into their ranks.  The exact toll may never be known as workers were afraid to bring the wounded to medical attention.  At least three were killed, probably twice that many including women.  Twenty-seven injuries were confirmed, but strikers made oral reports of more than a hundred.  Enraged as the dead and wounded lay bleeding on the ground the strikers attacked the guards with stones and bricks and perhaps a pistol shot or two before retreating to town.

As for the strike, it dragged on through the summer, as did regular violence on picket lines.  Then on July 19th it was Ladies Day on the picket line in front of the Republic Steel mill in Youngstown.  After  company guards assaulted one of the women, they were pelted with rocks and bottles.  Retreating into the plant, in an eerie replay of the 1916 violence, guards let loose with tear gas and then opened fire, many firing down on the crowd from virtual snipers’ nests.  At least two were killed and dozens wounded.  Once again the National Guard was called in and the town became a virtual occupied territory.  The strike was crushed and workers went back.
But the Steel Workers turned to the new National Labor Relations Board for help.  They complained of unfair labor practices by the Little Steel companies.  The case took years to resolve.  But in 1942, with another war on and the need for industrial peace, the NLRB ordered the companies to recognize what had become the United Steel Workers Union.

Today a local union hall stands on the site of Sam’s Place.  The Republic Mill and other Little Steel plants are closed and pad-locked eyesores.  The City seeks desperately to find some way to redevelop what are now called simply Brown Fields.  At one time the site was suggested as one possible future home for Barack Obama’s Presidential Library but it was passed over.  USW members and the Illinois Labor History Society sometimes gather in remembrance of that terrible day.  And the last aging survivors, including some of the children present, fade away one by one, their stories untold.
This year despite the nice round number anniversary, there was scant mention of the Memorial Day Massacre or coverage of commemorations.  Seems like Chicago is still eager to forget.
Posted by Patrick Murfin at 7:17 AM No comments: 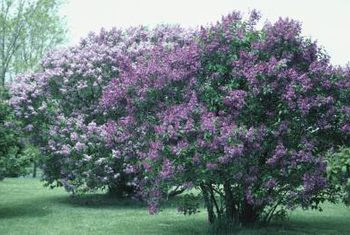 The lilacs in these parts have mostly faded or gone to seed.  In a day or two they will be gone for the year. You would expect a poem about them to have been posted weeks ago when they were bursting, fresh, and vibrant.  But while we were in Texas this week end my oldest daughter, Carolynne Larsen Fox, posted a scan of a folded sheet of type script on Facebook.  It was a long forgotten poem I gave her something just short of 20 years ago or so.

Lilacs is autobiographical.  It captures memories of actual lilacs, the sweet scent, and the color at various moments in my life since childhood.  Some stanzas reflect things that I have written about in various memoir stories, like playing Davey Crockett in a Cheyenne back yard.  Others reference other poems—“riding the evening day away” in Skokie, a piece written when I was still in High School.
Another is related to a still lost poem—the one Carolynne was looking for when she unearthed this one.  That one was a little poem I wrote for her not long after I became her stepfather.  She was about ten years old and disconsolate about her green eyes.  I suspect she had been bullied or teased in school or in the neighborhood in Chicago.  She wept uncontrollably.  I was new at the daddy business, ham handed, and unsure of myself.  I wasn’t even sure if my hugs were welcome.  So I scrawled a few lines on a tablet predicting that those green eyes would become the feature guys would be drawn to.  Not much of a poem, if I remember, but one which she kept all these years since and now was distressed not to be able to find.
Back to the poem at hand, reading it with fresh eyes made me realize that the annual here-and-gone lilacs were a metaphor for mortality, something that the younger man who rolled a sheet of paper into an old manual typewriter didn’t realize.
I wasn’t a very good poet back then, not that I am any kind of master now.  I cringed at a clumsy and unnecessary repetitive stanza opening “I remember” so I simply cut that.  There were a couple of other minor tinkers.
But here, resurrected like a zombie from a grave is Lilacs. 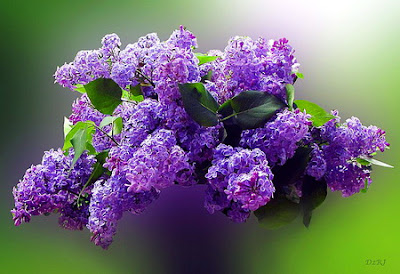 Lilacs
There were Wyoming lilac caves
from which we went Crocketing
in that sweet aroma twined
with the musk of dead raccoon
nestled on our scalps.

The two seat barber shop
with trout and geese,
Field & Stream and Argosy,
and Dizzy Dean’s laconic call
where Swisher Sweets
and lilac water splashed
on new mown skulls
made a Saturday man.

The Skokie nights
with lilacs in my well-worn hat
I rode the evening day away,
peddled into adolescent reverie,
sang the long gone partings
of two infant nations’ war,
chanted dreams of glory verse
“When lilacs las in the dooryard bloomed.”

The Chicago days
when only lilac could wrap
Carolynne in fleecy warmth
or cotton fluff,
green eyes, and Farah Fawcett hair,
Rick Springfield and Menudo,
a laughing daughter of lavender secrets.

And now the ancient lilac grows
at the marked corner of my lot
overgrowing three surveyors lines,
half dead wood but blooming yet
although box elder and weedy elm
with youth throw their vigor
through the tangles.

Lilacs, lilacs pace my life
And count my springs.

Posted by Patrick Murfin at 4:27 AM No comments: