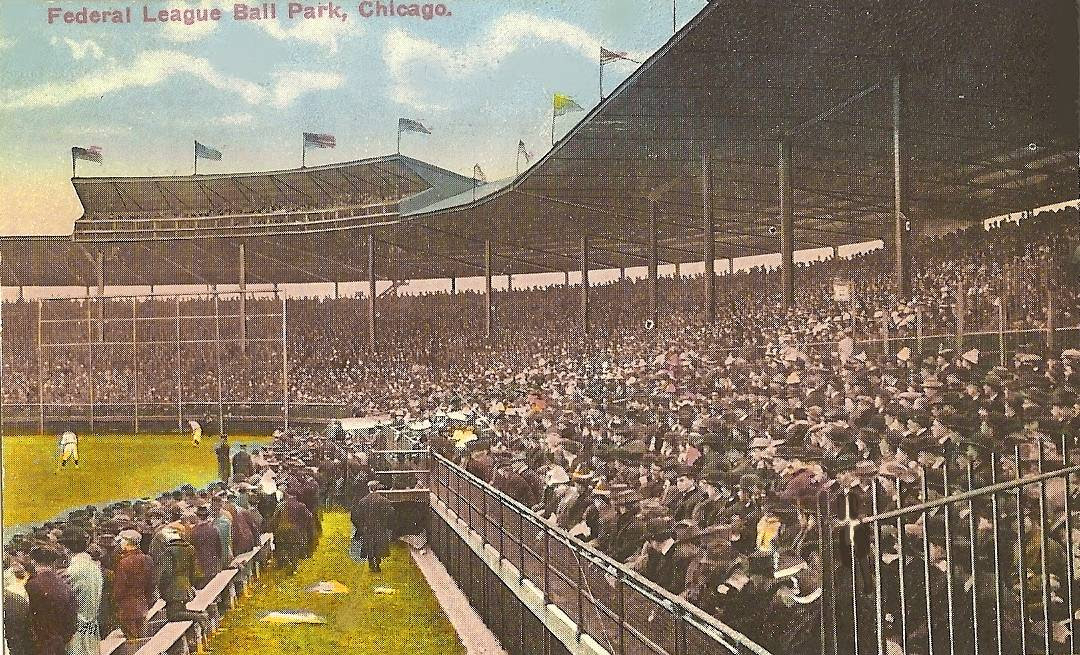 As Chicago prepared to celebrate the New Year in its usual boisterous manner, Charley Weeghman and associates were rushing to close on some property in rapidly developing Lakeview before National League officials could snap up part of it and thwart the Lunch Counter King’s big ambitions.  He dreamed of making the high level independent Federal League into a true third Major League, anchored on his recently acquired franchise.  To do it he needed to erect a brand new state of the art ball park in a hurry to compete against the White Sox lavish modern digs at Comiskey Park and the Cubs rundown cracker box fire trap, the West Side Grounds.
Before the close of business that day, December 31, 1913, he was the principle owner of a vacant former Seminary conveniently located next to a stop on the north side Elevated line and the busy Clark Street Trolley.


The Flint Sit-Down Strike of 1937 was the great heroic event in the organizing of the American auto industry.  Previous attempts to organize by AFL craft unions and by the Industrial Workers of the World (IWW) had failed to make permanent inroads.  The new United Auto Workers (UAW), an industrial union organized on lines similar the IWW and backed by John L. Lewis’s Congress of Industrial Organizations (CIO), had built scattered locals but had yet made no real headway in organizing the industry.  Many thought the new union would fail.

The union decided to target General Motors for a major organizing drive by striking its two Fisher Body plants in Cleveland, Ohio and Flint, Michigan.  By cutting off the supply of auto bodies, they could quickly shut down all GM production.  Besides, the union had its strongest support at Fisher.

When the company got wind of plans to strike after New Years 1937, it started stripping essential stamping dies from the Flint plant to be sent to Cleveland.  On December 30 local leaders at the Flint #1 plant called a hasty lunch-hour meeting and decided to launch a sit-down strike, occupying the plant and preventing the dies from being moved.  The IWW had pioneered the sit-down strike at Briggs Auto and Murray Body in 1933, so the workers were aware of the tactic.

As production at all facilities ground to a halt, the company was forced to enter negotiations with John L. Lewis speaking for the UAW since the company refused to be in the same room with UAW leaders.  On February 11 the company signed a one page agreement recognizing the UAW as the bargaining agent of its members for the next six months.
On the strength of this victory the UAW signed up more than 100,000 more GM workers and enforced conditions by local grievance walkouts across the country.  Eventually other automakers, including highly resistant Ford, also recognized the union.