Note—The sick old man is recycling from 2014.
Here today, gone tomorrow.  That’s ephemera.  Collectors of various sorts, I learn from my trusty Antiques Road Show, use the word for material related to their main interest that was meant to be used, viewed, and discarded.  It can be almost anything—advertising posters, political campaign brochures, wrapping and packaging material, old tickets or programs, baseball score cards, war-time ration books, Ditto school worksheets.  You get the idea.  Items considered essentially worthless as soon as they served their function but which become rare with time and perhaps valuable to those with a passion for the context in which they were produced.
The arts have ephemera, too—a cocktail napkin with a few lines of lyric scrawled in a moment of inspiration, a doodle by Dali or Picasso in a note.  Poets, by long standing tradition, are often asked to dash off some piece for a particular occasion.  In fact it can be a formal duty of those tapped to be a poet laureate of this or that.  Some of these things get to be big and important pieces, included in collections, anthologized, and once even recited by stammering, squirming school children.  Think Ralph Waldo Emerson’s Concord Hymn read at the dedication of a battle monument or even Maya Angelou’s On the Pulse of Morning for Bill Clinton’s inauguration.  But those are the exception.  Most of these poems are forgotten by the time the audience leaves the event.  They were just a frill in the program, usually a pause between the important stuff.
In 2012 Thomas Steffens, then the choir director at the Tree of Life Unitarian Universalist Congregation in McHenry, Illinois asked me to whip up two short verses for the annual winter holiday choir concert.  Tom is a good friend, the concerts always of the highest quality and a highlight of the season.  I was honored.  The theme was a Holiday Concert of Poetry and Song.  The poems were to introduce the music.  I don’t do poetry on demand very well.  I struggled for a few weeks and threw out some wretched crap.  Then one day, re-focusing on the music, the damn broke.
Below are the two short poems.  The first, The Dark and the Light set the theme of the season and introduced the old Advent hymn, O, Come, O Come Emanuel.  The second, Drums and Bells Introduced John Lennon’s Happy Xmas (War is Over) and cited Henry Wasdworth Longfellow's I Heard the Bells on Christmas Day which had already been sung.  It was 2012 and there were still very hot little neo-colonial wars brewing  in Iraq, Afghanistan, and elsewhere.
Neither stands well apart from the song it was to introduce and the context in which it was used—the very definition of ephemera.  But I have hauled them out of the bottom draw, blew dust from the pages, and offer them up here on a blog page, for a moment or two of second ephemeral glory. 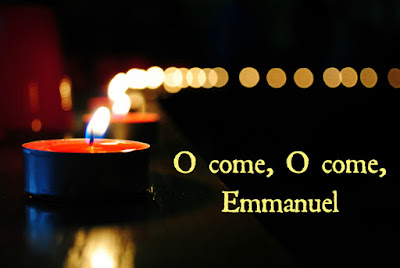 The Dark and the Light

Listen!  There is silence in the wind
A dark moon rises.
We are waiting, waiting.
Waiting the poet said
for the Rebirth of Wonder,
for the fire on a distant hill
hailing the coming of the Light

No one told us that the Light
was not a distant star
or even the cracking dawn.

The Light must come from within us all. 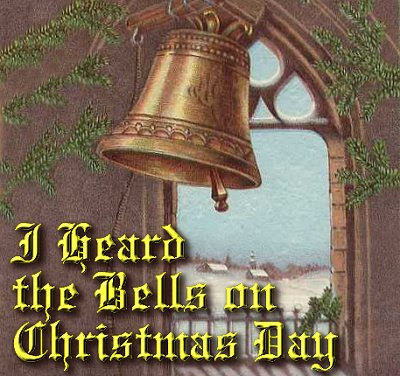 Those are not the drums of toy soldiers
in scarlet coats and fine high hats,
the soldiers who never go to war
and parade to gay music in childish dreams.

Those are the drums of real but distant war
just far enough to almost forget,
the bass boom of the thudding bombs,
the frantic staccato of a flailed snare,
drums that shred and shatter
real children’s flesh.

Long ago as different drums rumbled
the old poet wrote—

I heard the bells on Christmas Day
Their old, familiar carols play,
and wild and sweet
The words repeat
Of peace on earth, good-will to men!

Can we find those Bells again?
Can we ring them un-bade by angels?
Can we lend them to John and declare with him
Happy Christmas, The War is Over
and mean it Posted by Patrick Murfin at 4:41 AM