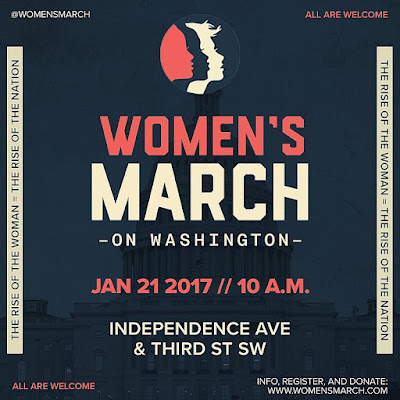 In 2017 on the day after Donald Trump’s inauguration when progressives, liberals, and social justice advocates seem both befuddled by the outcome of the 2016 elections and were said to be demoralized and in disarray, The Women’s March in Washington and sister marches across the globe drew more than 5 million people into the streets including an astonishing 1.5% the U.S. population.  It was the largest single day protest in American history and helped usher in a broader movement of resistance that has been marked by mass protests on issues including gun violence, climate change, immigration rights, LGBTQ rights, Black Lives Matter, income inequality, and Medicare for All.
Now in 2020 with another national election looming and the nation embroiled in seemingly permanent crisis and hard fought for rights and protections being attacked and dismantled before our eyes—women’s reproductive freedom, environmental and labor regulations and protections, basic voting rights, and the whole social safety net—women and their allies are ready to take to the streets again this Saturday, January 18.

The original Women’s March was unique in several important ways.  It was initiated not by any existing organization or coalition and without a charismatic leader.  Instead it blossomed from on-line chats of ordinary women, many of them with no protest experience or connections to past activism in the days following the election.  It was hastily put together by volunteers who had never met each other on an ad hoc basis—women who said “I can do that!” and they did.  It had no budget beyond the personal purses of the organizers and then a sea of small individual donations raised on social media.  While the march in Washington was coming together, women in major cities—New York, Chicago, San Francisco, and Los Angeles—and smaller cities, towns, and suburbs spontaneously got together to plan local events for those who could not go to Washington—the so-called sister marches.
There were tensions between feminists who had dreamed of seeing Hillary Clinton inaugurated as the first woman president, and progressive who had supported Bernie Sanders in the primaries and had been at best tepid in support of Clinton.  Despite some back and forth blaming and name calling, both sides agreed to come together and ended up marching side-by-side.
Minority women were put off by the largely white middle class original organizers who they feared would overlook or marginalize their specific needs and demands.  But like the little poem for which this is named they “cast a circle that drew them in.”  Pains were taken to include Black, Latino, LGBTQ, immigrant, youth, Muslim, and Jewish voices in the emerging leadership and to feature them prominently in the rallies.  Although far from perfect the Women’s March modeled the new era of Intersectionality.
Many thought the movement would wither after the first protest, that the relentless assaults of Trumpism or simple burn out would dissipate their energy much as the Occupy movement faded after a year or so intensive action.   But as in the popular slogan of Hillary supporters said, “She [they] persisted.”  If some grew tired or discouraged, there were more to step to the plate.  A Marches were held again in January 2018 and 2019.

There were, of course, controversies and even splits.  One of the four National Co-chairs of the first march, Linda Sarsour, the Executive Director of the Arab American Association of New York, was accused of anti-Semitism for her remarks criticizing Israel and in support of Palestinian rights.  Some Jewish organizations, donors, sponsors, and politicians demanded that she be removed as a co-chair and that her views be explicitly denounced.  When the other co-chairs refused some withdrew support of the Women’s March and publicly attacked it.  In the aftermath many of the Sister March organizations cut what ties they had to the Washington March or issued disclaimers.  Inviting anti-abortion feminist groups to participate or co-sponsor was criticized by Planned Parenthood and others and the anti-abortion groups were quietly expunged from sponsorship listings on web sites.
On the other hand some of the national Women’s March leadership and more radical supporters have criticized some of the local Sister Marches with becoming captive to the Democratic Party and candidates to the exclusion of alternative voices.

This year enthusiasm for a new Women’s March has been building.  In its call to action the 2020 Women’s March—Women Rising Organizers wrote:

Three years of marching, training, organizing, and building power – it’s all been leading up to this. In 2020, we have the chance to strengthen the movement we started three years, and to unite together in the face of continued attacks on our bodies, our rights, our immigrant communities, and our planet.
This year, we aren’t just marching. We’re putting our bodies on the line hand in hand with other mass movements.
With your help, we can make this the largest day of action the country has ever seen, and demand that our leaders be held accountable, protect our planet, and fight for our rights.
The march has announced a week of actions leading up to Saturday’s March highlighting four key issues—climate change, reproductive rights and health care availability, immigration justice, and “No War in Iran—Remove Trump.”
For more information on the Washington March or to locate a local action visit http://womensmarch.com/2020-march.
In Illinois there will be a major march in Chicago forming at 11 am Saturday in Grant Park.  Last year the Chicago March skipped a January event after hosting a March to the Polls event in October 2016 before the mid-term elections citing the short turn-around to another January march.  This year they will also host another March to the polls next fall.

There will also be several local marches throughout the state and metropolitan area.  Many of the members of Tree of Life Unitarian Universalist Congregation in McHenry will be participating for the second year in the Women’s March McHenry County-Women Rising 2020 on Woodstock Square starting at 12:30 pm co-hosted by McHenry County NOW with support from the Democratic Party of McHenry County, McHenry County Progressives, and Indivisible.  Last year hundreds turned out on the Square despite a major over-night snow storm and frigid temperatures.  Tree of Life marchers will gather at the entrance to the Square on Johnson Street across from the Old Court House.  We will be marching behind our yellow TOL Side of Love banner.  Bring signs, warm clothing, and a passion for justice!