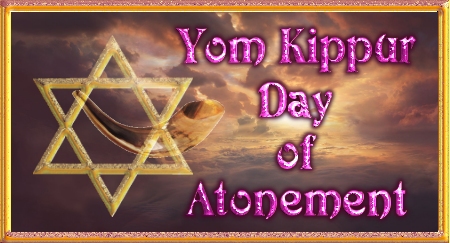 This poem has appeared on this blog at least seven times for Yom Kippur.  I guess that this makes it an official tradition. It was inspired not only by my genuine admiration for the Holy Day, but by an ongoing controversy in my own Unitarian Universalist faith.  For many years UUs have gone blithely on incorporating snatches of prayers, ritual, and tradition from other religions into our own worship.  We do it mostly in good faith claiming “The Living Tradition which we share draws from many sources…”

But lately we have taken grief from Native Americans for adopting willy-nilly rituals and prayers which we don’t fully understand and take out of context, many of which, frankly, turned out to be New Age touchy-feely faux traditions.  And from African-Americans for Kwanza being widely celebrated is in almost all-white UU Sunday Schools. Being UU’s, many of us were stung that our well-meaning gestures were not gratefully accepted as a sort of homage.  Others busily set themselves up to the task of whipping the scourge of cultural appropriation from our midst, preferably with a judicious dollop of self-flagellation with knotted whips—oops! Stole that one from 4th Century monks…No, what they did was form committees and commissions to issue long, high minded reports to be translated into deep retreats.  Seminary training was amended for proper sensitivity, and scolding monitors were appointed to detect insufficient rigor in rooting out the offense at General Assemblies and meetings.
In that spirit I offer you my poem.  Angry denunciations and heresy trial to follow…
And, yea, I may also have been reading a lot of Carl Sandburg when I wrote this.  Think it shows?