We are forgoing our traditional St. Patrick’s Day post and rant—you’ve heard all of that blarney before anyway—to resume Heretic, Rebel, a Thing to Flout’s endorsements in the Illinois Democratic primary this Tuesday, March 20.  This time we will take on two crowded Congressional District fields in which citizen candidates came out of the woodwork motivated by their experience in the 2016 Presidential election and Trump Trauma.
Almost all of McHenry County is divided between two oddly crescent shaped Congressional Districts, the 6th and the 14th, that coil from north to south through the Chicago suburbs and exurbs, one nestled comfortably inside the other.  They are masterpieces of the gerrymander’s art each carefully designed by  Republicans after the 2010 census to create safe GOP seats virtually immune from any conceivable Democratic challenges.  Each is represented by supposedly secure incumbents, Tea Party reactionaries both—Peter Roskam in the 6th and Randy Hultgren in the 14th.

But since the Districts were drawn Democrats have made modest inroads in both Districts.  Barack Obama did well in both districts, especially in 2004 as did Tammy Duckworth in her run for Senate after a setback in the Republican tsunami of 2010 Dems posted good numbers in the hotly contested 2016 Presidential primary and did respectably in the general election.  Now Trump’s victory, total mismanagement of the country, and a criminally reactionary Republican Congress have motivated Democrats and independents, who often sat out elections in discouragement a registering and mobilizing in record numbers.
Many disillusioned and discouraged Republicans, especially women and moderates are abandoning old loyalties.  Similar districts around the country have been flipped in a wave of recent special elections.  While it is harder to flip seats with entrenched incumbents, if this fall truly represents, as some experts predict, a Blue Wave election, even Roskam and Hultgren could be vulnerable.
6th Congressional District
There were originally ten candidates in the 6th, but three have dropped out.  They are: 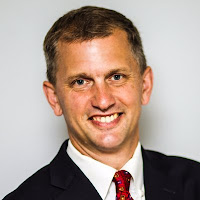 ·       Sean Casten is a scientist, clean energy entrepreneur, and first time candidate from Downers Grove.  He has run a well-funded and sophisticated campaign with a significant social media presence.  Vigorously outspoken against Trump and Roskam he has made respect for scientific integrity, the environment, clean energy, and a detailed healthcare for all plan the centerpieces of his campaign.  He has received glowing endorsements from leading environmentalists and organizations as well as many progressives and even conservative Democrat McHenry County Board President Jack Franks.  That broad appeal has made him the solid leader in the race.
·       Carole Cheney is one of five women in the race, a result in no small part due to the energy released by the Women’s March.  She is a former reporter, attorney, and political staffer in the office of Congressman Bill Foster. Cheney ran for Illinois House of Representatives in 2012, but was defeated in the Democratic primary.  With solid political experience and endorsements by Foster and Congressman Robin Kelly she could be a contender. 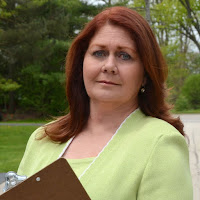 Amanda Howland has paid her political dues and established name recognition in a 2016 run for the same office and a 2012 race for the state Senate.  A former teacher. Administrator and elected Community College Board member, she is now an attorney with her own firm.  She has a loyal following in the district but as in her previous campaigns has struggled to raise enough money to be more visible and competitive.
·       Ryan Huffman at 31 years of age is the most youthful candidate in the race and emblematic of Millennials mobilized and radicalized by economic displacement and the Trump Era dystopia.  A former journalist including a stint at McHenry County’s Northwest Herald, he worked on Barack Obamas’s presidential campaign and did a turn on the White House staff.  But like others of his generation despite credentials out the wazoo has struggled to find and keep regular employment while carrying a crushing six figure student loan debt.  He lives in Palatine and now works in Chicago for a healthcare communications startup.  He has a solid across the board progressive platform and has impressed attendees at candidate forums but is still considered a long-shot. 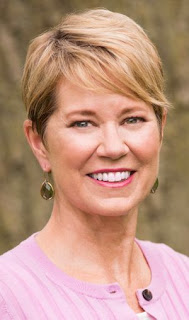 ·       Kelly Mazeski is former chemist and financial advisor, who ran for the State Senate in 2012.  She is also breast cancer survivor who has made healthcare her signature issue along with women’s rights.  She has received solid support from feminists, is the beneficiary of valuable Emily’s list backing, and has been endorsed by U.S. Representatives Cheri Bustos, Jan Schakowsky, Debbie Dingell , and Lois Frankel.  Sisterhood is powerful for her.  In January Crain’s Chicago Business reported that she had raised a war chest of more than $650,000, almost $100,000 more than Republican incumbent Roskam.  If she wins she will still have a chunk of that change for the General Election and be in a position to attract donations nationwide.
·       Becky Anderson Wilkins, co-owner of Anderson’s Bookshops, a member of the Naperville City Council, and another breast cancer survivor has made health care availability and small business top issues.  She has run a barebones campaign and has missed several candidate forums.  Has to be put in the column of well-intentioned but not serious candidates.
·       Jennifer Zordani is a lawyer in private practice focusing on financial matters, a trader on the Board of Trade, and was active in the small business operated by her parents.  She is an active community volunteer.  Now a divorced single mother she lives with her sister in Clarendon Hills.  She boasts of running a grass roots campaign but is another dark horse in the campaign.
Casten and Mazeski are both strong, attractive candidates.  I have a soft spot for Amanda Howland who I have supported in both of her previous races.  And I find Ryan Huffman inspiring and a shining hope for the future.  It was a tough choice, but I have become convinced that Kelly Mazeski will be the most competitive challenger for Roskam in what is shaping up to be a landmark Year of Women in politics.
14th Congressional District
More than one person who has attended the many candidate forums held across the 14th district has commented on what a wealth of inspiring citizen candidates have put themselves forward in this race to deep six repugnant Randy Hultgren. 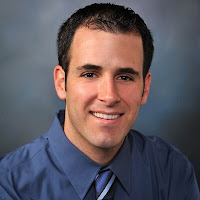 Matt Brolley, an engineer and the youthful Mayor of Montgomery, a fast growing farm community transitioning to suburb straddling Kane and Kendal Counties, has emerged as a favorite in the race with many heavy hitters.  Healthcare, jobs, and taxes are his key issues.  Brolley has garnered endorsements from Representatives Bill Foster and Jan Schakowsky, who has reserved many of her endorsements for women, as well as the AFL-CIO and the Illinois Democratic County Chairs' Association.  That kind of backing brings adequate campaign funding and has already attracted attack ads by Hultgren surrogates.
·       John Hosta, an account executive at Merrill Lynch, is making his third run for the Democratic nomination in the 14th District.  He was bested by Dennis Anderson in 2014 and Jim Walz two years later.
·       Daniel Roldán-Johnson, a teacher and former Florida law enforcement intelligence analyst, emphasizes his working class roots as the son of a struggling carpenter who had to work his way through school.  He emphasizes education, infrastructure improvement, jobs, and economic development.
·       Victor Swanson is another teacher up from a hard scrabble background as the son of single mother.  He is also a Navy veteran.  His key issues are education, health care, and the economy. 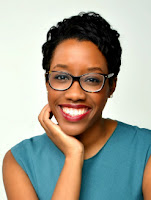 Lauren Underwood is a first time candidate whose biography stands out as unique.  She is a Registered Nurse with advanced training in public health who served as a senior policy advisor in the U.S. Department of Health and Human Services during the Obama administration.  Oh, and did I mention that she is a Black woman running with aplomb in an overwhelmingly white district.  That’s hutzpah and then some.  Underwood has proven deft on the campaign trail and picked up important support from Emily’s list and Off the Sidelines PAC.  She is also popular with many progressives and has made herself a top tier candidate. 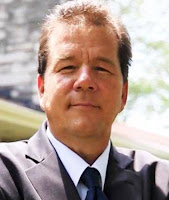 Jim Walz, a sales rep for a wholesale distributor from Gurney is making his second run in the district. In 2016 he came out on top of what was then a very rare Democratic contested primary and fought had to get a very respectable 40.7% against Randy Hultgren in a year where Trump and the Republicans were rolling up big margins in the White suburbs. He also established good name recognition in the district and has worked hard to put together an effective campaign for a rematch.  He has been continually active  and regularly has attended events across the sprawling district. Walz has laid out a strong, progressive program and is a strong advocate for Medicare for All.  He was recently named a Moms Demand Justice for Gun Sense in America Gun Sense Candidate.  He has an extensive grassroots campaign with many volunteer who carried over from his first run and from the Sanders campaign.  He enjoys substantial progressive support.
·       George Webber of Lakewood is a recently retired chemical engineer who is running as the Middle Class Candidate a la Daniel Biss.  He is attempting to “reach across party lines” with moderate and practical proposals on political and campaign reform, job training, health care reform, and reduction in the national debt.  He eschews appeals to ideology.  This approach has one him the support of the Independent Voters of Illinois—Independent Precinct Organization (IVI-IPO) the state’s oldest “good government”—go-go—organization that has its roots in anti-Daily Independent Democratic movement of the 1960s.  The IVI-IPO has not been notable active in the Collar Counties and exurbs so the value of the endorsement is limited.  Webber, however does appeal to moderate and centrist Democrats.
I consider Brolley, Underwood, and Walz to be the top trier Democrats in the race and Underwood and Walz are my personal favorites.  Ordinarily I am no fan of it’s-his-turn-politics but Walz has really profited from his experience and become an effective candidate who can pose a serious challenge to Randy Hultgren.  And I greatly admire his dedication to single payer health care.  I wish both he and Underwood could run, but I have to choose and I endorse Jim Walz.  Here is hoping that Lauren Underwood follows his example and uses this experience to build bigger things in the future.
Next—McHenry County local races.

Posted by Patrick Murfin at 6:46 PM