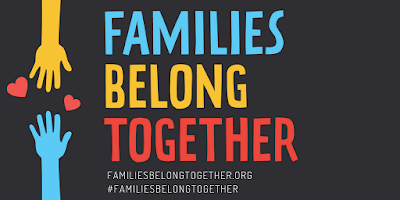 Citizens outraged by President Donald Trump’s policy of separating children from their parents at the border and placing them in virtual internment camps came together quickly this week to organize Families Belong Together Woodstock, a rally and march around the Square on Sunday, June 24 at 1 pm.  The event is part of nationwide Families Belong Together protests that will include marches in Washington, DC and major cities like Chicago on June 30.
“I have seldom seen such passion about any issue,” said Patrick Murfin, a veteran local activist with the Tree of Life Unitarian Universalist Social Justice Team who was asked to coordinate the event.  “Within 24 hours of posting a notice on social media more than three hundred people have said they were going or expressed interest, and that number swells by the hour.  I would expect attendance to rival other protests on the Square over the last two years including last summer’s six month anniversary of the Women’s March, and the March for Our Lives event in response to school shootings this March.”
So far, the list of sponsors from the rally include the Illinois Migrant Council; McHenry County Progressives; Peter Janko, Democratic State Central Committeeman 14th Congressional District; and the Tree of Life Social Justice Team with additions pending.
The rally, which will begin around the Gazebo on Woodstock Square at 1 pm will feature an invocation by the Rev. Lou Ness, an Episcopal Deacon; Maggie Rivera, Interim Director of the Illinois Migrant Council and Illinois Director of the League of United Latin American Citizens (LULAC);  community leader and candidate for McHenry County Board from District 5, Carlos Acosta; lawyer Beth Vonau, a partner in KVR Legal which has represented clients held in ICE detention at McHenry County Jail; the Rev. Eric C. Fistler, Senior Pastor of the First Congregational Church of Crystal Lake giving the benediction; and Janko.  Others to be announced.  Music and sound system services will be coordinated by Keith Johnson of Off Square Music.  Murfin will host the program.
Following the Rally at around 2 pm there will be a symbolic march around the Square using the sidewalks.  There will also be petitions circulating to help people make their voices heard on this issue.
Other events have also been organized locally to protest the draconian immigration policy including Build Bridges Not Walls—Keep Families Together, a roadside vigil and rally at Route 120 and Riverside Drive in McHenry from 5:30 to 7 pm Thursday, June 21 which was organized by Terry Kappel.  On Sunday July 1 there will be a vigil outside the ICE Detention Center housed in the McHenry County Jail in Woodstock from 2 to 10 pm. 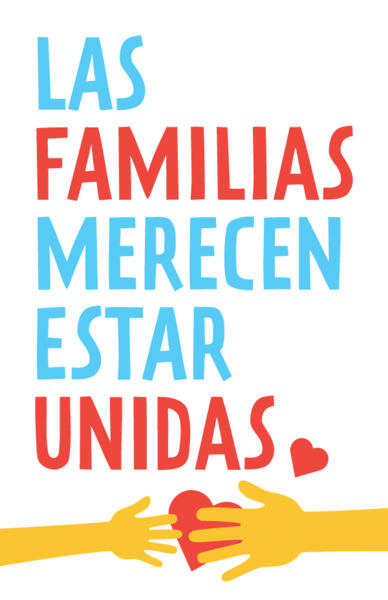 In addition, there will be a Families Belong Together action at Congressman Peter Roskam’s (R-IL6) office at 200 S. Hough in Barrington on Saturday June 30 at noon sponsored by IndivisibleNWIL of Crystal Lake and a major regional Families Belong Together march and rally beginning a Daley Plaza in Chicago on Saturday June 30 beginning at 11 am.
For more information about the Woodstock event, contact Patrick Murfin at 815 814-5645 or email pmurfin@sbcglobal.net .

Posted by Patrick Murfin at 2:18 PM