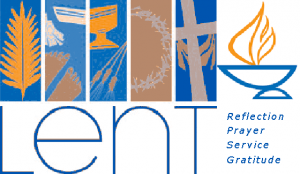 We are about half way through the season of Lent and I was reminded that there is at least a mild rash of interest in and even observance of the season of personal sacrifice and contemplation of the Holy among my fellow Unitarian Universalists.  It was not always so.


As heirs of the Radical Reformation and step siblings Unitarianism and Universalism as they evolved in the United States instinctively rejected what they regarded as Popish trappings, liturgy, and anything that stood between humans and a direct relationship with God.  While both remained in the 19th Century avowedly Christian in the Protestant  tradition that meant eschewing the priesthood, Episcopal authority, the mass, saints, the liturgical calendar and holy days like Christmas or Ash Wednesday.


Springing from New England Puritanism, the Unitarians often practiced days of fasting, humiliation, and prayer in times of war or distress, they saw no reason for a special 40 day season.  After all, a good Puritan lived his or her entire life in a kind of perpetual Lent.


The Universalists preferred to joyfully celebrate the bottomless mercy of a loving God who sooner or later reconciled all souls to Him. The contemplation of this universal beneficence was enough to encourage mortal men and women to live virtuous lives to show themselves worthy of it.


Over time both traditions evolved under the influences of Transcendentalism, Free Thought, exposure to world religions via the World Parliament of Religions in 1893, and the explosion of Humanism following the First and Second World Wars.  Both tended to become less explicitly or orthodox Christian, although a wide variety of spiritual practice was found in both traditions.


By the time the two united to become the Unitarian Universalist Association in 1960 a flinty kind of agnostic Humanism was the dominant strain among Unitarians and flourished to some degree among Universalists.  The larger and more muscular Unitarians soon dominated the united faith and Humanism overshadowed theism in its various guises for the rest of the century.


Humanists denied any supernatural intervention in human affairs and stressed the need for men and women to take charge of their own salvation in a broken world to create a kind of heaven on earth.  That translated into activism in matters of war and peace, social justice, civil rights, women’s equality, LBGTQ inclusion, and the environment.


But it also meant a bristling hostility to conventional religion among many.  In some congregations a Minister could lose his pulpit for using the “G word,” or citing Biblical scripture.  The old joke was that Unitarians read ahead in their hymnals to make sure that they approved of the lyric.


By the early 21st Century, however there was a growing restiveness in the pews and a yearning for deeper spirituality largely due to rise of the women’s movement within the UUA which led to the adoption of 7th Principle, “respect for the web of existence of which we are apart.  That gave rise to a kind of pantheism, neo-paganism, Buddhist practice, yoga, and various elements of New Age Spirituality.  Inevitably it also led to a re-examination of Christian tradition and teaching. 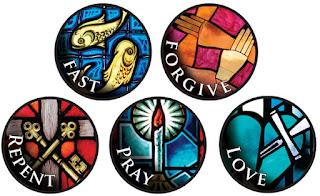 As an aging generation of Humanist ministers retired, they were replaced by graduates of UU Theological Schools and other seminaries who were more receptive to Christian theology and practice.  Today most UUs still identify mainly as Humanists, they are more tolerant of the theists among them and are more prepared to learn from the wisdom of religions including Christianity.


Inevitably that has led some to examine traditions like Lent as personal spiritual practices.  Lenten themed prayers or meditations, sermons, and small group discussions are easily found on line.  While Lenten practice is far from widespread, it is no longer and aberration.


About 2002 as those changes were just getting underway, I was moved to write a poem for a service at the old Congregational Unitarian Congregation in Woodstock, Illinois–now the Tree of Life Congregation in McHenry.  It was included in my Skinner House Meditation Manual, We Build Temples in the Heart published two years later.  Since then it has occasionally popped up services at other congregations.


Despite its length and structure I have often call this my Zen poem. 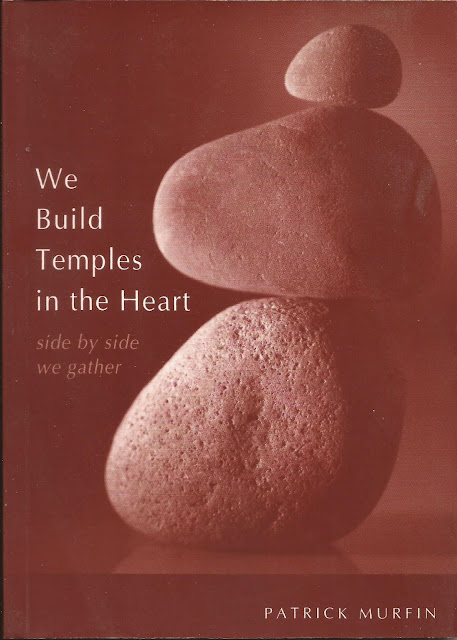 What Unitarian Universalists Should Give Up for Lent if They Observed It, Which They Don’t, Most of Them.


season tickets to anything but baseball,


the pride that cometh before the fall

Posted by Patrick Murfin at 3:29 AM

Email ThisBlogThis!Share to TwitterShare to FacebookShare to Pinterest
Labels: #UULent, agnosticism, Christianity, humanism, Lent, Murfin Verse, spirituality, Unitarian Universalism, UUA, We Build Temples in the Heart, What UUs Should Give Up for Lent