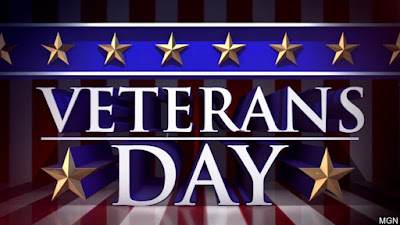 Today at the Tree of Life Unitarian Universalist Congregation in McHenry we will mark and honor Veterans Day and listen to an explicitly Humanist service.  If these things seem contradictory, they are not.


American Humanism has long, deep roots, especially among the 19th Century Free Thinkers especially with the rise of technology and scientific advances like the Theory of Evolution that challenged traditional Biblical teachings.  But it really took hold and flourished after World War I when a generation began to question the existence of a God that would allow such mass human misery.  If God cannot intervene to save humanity, then perhaps it was in our own hands to do so.  The horrors of the Holocaust and the Atomic bomb had a similar effect after World War II.


By the mid-1950s Humanism was the dominant theology among Unitarian congregations and remained so after the creation of the Unitarian Universalist Association.  Sometime UU Humanists were belligerently intolerant of the remaining theists in the pews and pulpits.  They remained on top through the early 21st Century when a yearning for spirituality breathed new life into theists of all stripes, not just Christians, but followers of Buddhism and other Eastern practices and earth-centered beliefs like Wicca.

Still, surveys show that most UUs continue to identify somewhere on the spectrum of Humanism.  It is certainly true in our congregation.  Yet we seldom hear an explicitly Humanist sermon.  Through much of the church year we celebrate the variety of traditions and sources that contribute to our heritage and understanding—Christian and Jewish holidays, Eastern meditation practices, earth-centered traditions—albeit sometime through broadly Humanist filters.  But we almost never devote a Sunday service just to Humanism.

Today we will hear William A, Zingrone, an author, lecturer on Developmental Psychology and Illinois chair of the Secular Coalition for America. He blogs regularly at Dispatches from the New Enlightenment.

For Veterans Day we will dedicate our monthly Second Sunday Collection to our long-time partner TLS Veterans Services which serves the needs of McHenry County Veterans  with the New Horizons Transitional Living facility in Hebron and other housing services, peer support groups, employment assistance, and outdoor recreations opportunities.  Mary Ott, TLS Veterans Development Director will make a brief presentation about their work.

I was asked to provide a Veteran theme Chalice Lighting to open our services.  I will be reading a poem from my 2004 Skinner House collection, We Build Temples in the Heart based on the memories of a boy from Cheyenne in the ‘50s. 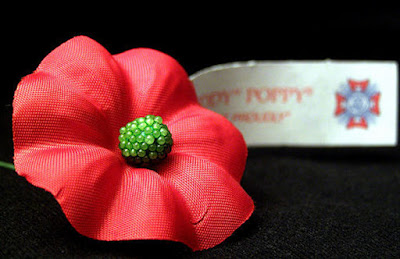 
Somewhere in every home a handsome young man
peered from a tinted photograph,
overseas cap at a jaunty angle
or the fifty-mission crush
or the crisp, square beanie of a gob.
usually someone’s Dad in some other life,
but sometimes the ghost of someone frozen in time,
caught in that picture like a fly in amber
while bloody shreds were left draped on barbed wire
ten feet from the high water on an anonymous beach,
or splattered on the glass of the ball turret
of a Mitchell bomber spiraling for an appointment
with a German potato field,
or bobbing in a sea of burning oil, naked and parboiled.


The veterans in neat blue uniforms,
sleeves pinned to shoulders, ears shot away,
noses burned off, faces twitching,
fistfuls or red paper poppies in one hand,
shaking white cans for nickels with the other.
on every street corner, May and November
and no decent man or woman passed
without emptying pockets of change,
twisting flowers into button holes, on to purse straps,
without ever looking the peddler in the eye.


Inside scrapbooks with brittle pages and fading ink,
kept far up in the front hall closet behind hatboxes,
surrounded by last winter’s scarves and mittens,
between the leatherette boards bound by black shoelaces,
amid the rations coupons, V-mails,
postcards from exotic ports, Brownie snapshot,
campaign maps, and yellowed clippings,
a small fringed flag,
white edged in red and blue,
a gold star in the center.


In the neighborhood we looted footlockers and duffel bags,
saved our allowances for forays to the Army/Navy Store,
outfitted ourselves in helmet liners, webbed belts,
canteens and mess kits, cast–off  khaki and drab,
and amid the prairie burrs and grasses,
between the wild rose hedge and lilac caves,
on top of the car port in the window  wells,
every summer day we tried to sort glory from horror.


We knew war and pity and death—
we thought.


And then—suddenly—it was our turn for real.