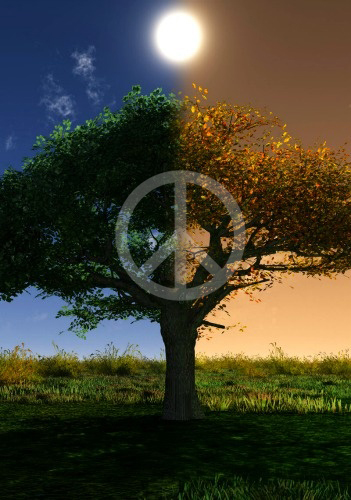 This is another one of the calendar poems inspired by random, or not so random, coincidences of dates, usually discovered as I am in a mad scramble for a blog entry topic.  It first appeared in 2013 when two events fell on the same day.  Today, like most years, the astronomical event falls a day ahead to a proclaimed one but the calendar serendipity is still close enough. 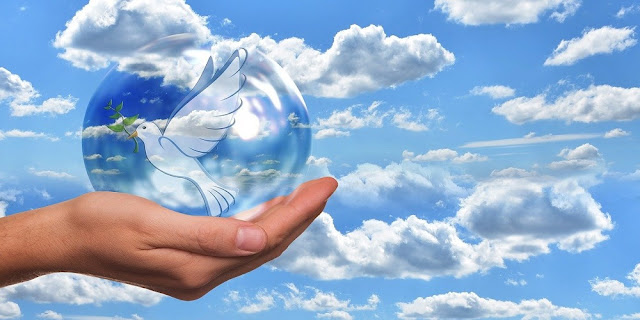 Today is the International Day of Peace, so proclaimed by the United Nations every year since 1982.  Since 2001 the date has been fixed to September 21 instead of the original third Tuesday of the month, which was also when the UN General Assembly begins its annual session. 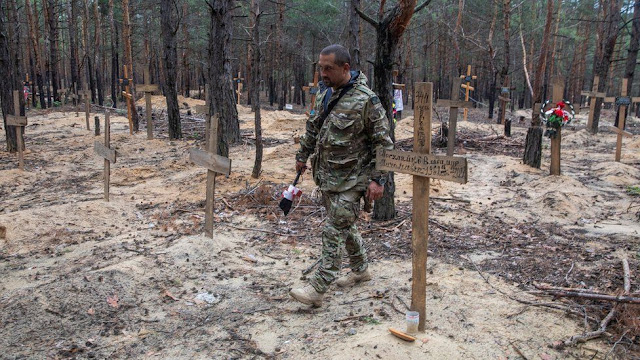 An Ukrainian police investigator walks among the site of graves in the woods near a recently liberated city of civilians and soldiers killed during the Russian attack and occupation.  Near by mass graves were found with bodies showing signs of execution and torture were found.

But peace is hardly the order of the day.  The Russian War on Ukraine, the largest armed conflict in Europe since World War II drags on.  Although Ukraine seems to have re-gained the initiative recapturing significant territory from the invaders, the ultimate result remains in doubt, the largest nuclear power plant in Europe is still in harm’s way threating wide-spread catastrophe, and a desperate Vladimir Putin could escalate the conflict and directly attack Ukraine’s NATO allies.  This week mass graves and evidence of wide-spread war crimes and executions were uncovered in areas recently liberated.

Meanwhile, China has made threats against Taiwan and President Joe Biden has said that he would commit U.S. troops and forces to the defense of the island in event of aggression.  Around the globe dozens of regional and internal conflicts simmer, each threatening to escalate into something bigger and deadlier.

The Bulletin of the Atomic Scientists has re-set the Doomsday Clock to just 100 minutes to midnight.

Among its grander visions, which must have seemed distant even to the founders of the Day of Peace, was at a call for an annual one day cease fire of on-going hostilities.  I can recall no armies ever standing down, but perhaps I missed something.

And here at home we seem teetering on the edge of Civil War.

No wonder this old piece is still relevant. 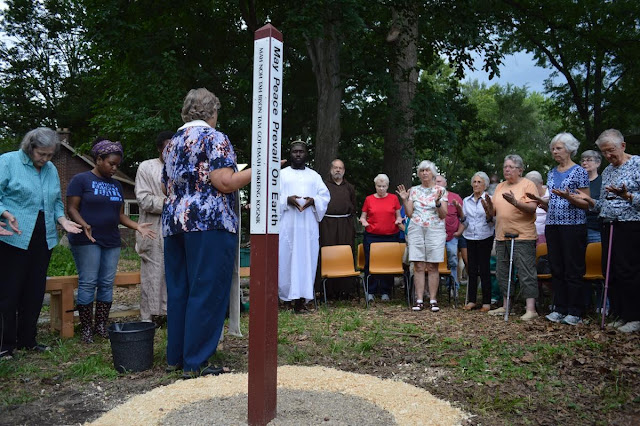 The well intentioned gather at a Peace Pole.

The immanent equinox advertises itself

this morning with crack crisp air,

elderly maples beginning to rust at the crown,

a touch of gold on borer doomed ashes,

hoodies up on dog walkers in shorts,

all under a prefect azure sky—

you know the one from the Sunday song

reminding “skies everywhere as blue as mine.”

The globe teeters on the edge of equanimity,

ready to balance for an instant between night and day,

The poor creatures swarming over its surface,

fancying ourselves somehow its masters,

alas, bereft of any balance….

From the Wishful Thinking File,

Festooned with doves and olive branches

a speech here, a lovely little vigil there,

an earnest strumming of guitars,

The creatures go about our brutal business,

blithely ignoring it all—