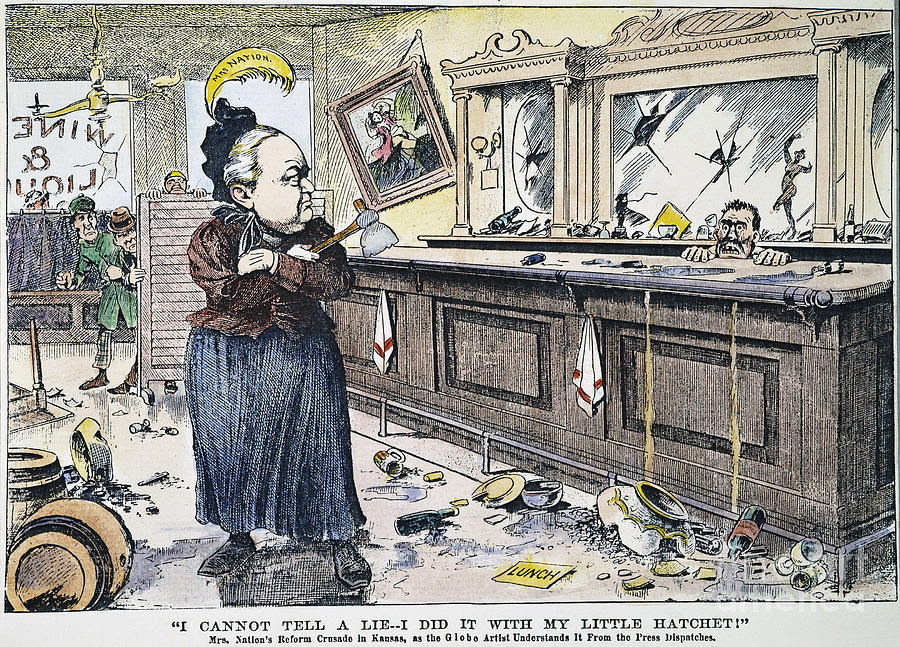 
Two days later she was heaving rocks through the window of Dobson's Saloon in the town of Kiowa.  She went on to damage two more that first day.  After the Almighty showed his approval by having a tornado touched down nearby, she took the show on the road across Kansas.  She was frequently arrested, but undeterred.
It was after a particularly wild raid in Wichita, her husband made the offhand remark that for maximum damage she should use a hatchet.  “That is the most sensible thing you have said since I married you.”  She went out and bought the hatchet.  The rest is history.
It is perhaps understandable that a year later he filed for divorce.
Carrie continued chopping up saloons and taking to platforms to talk about it.  She was a strong advocate for total prohibition.  She was a celebrity and perhaps the most famous woman in America.
She collapsed in 1911 giving a temperance address at a park near the home she built in Eureka Springs, Arkansas.  Transported by to Kansas for treatment, she died in a Leavenworth hospital and laid in an unmarked grave in nearby Benton.  Some years later the WCTU paid for a monument.
Posted by Patrick Murfin at 12:55 AM