My Facebook news feed predictably erupted on Tuesday with the news of yet another grizzly mass school shooting.  This one was at Marjory Stoneman Douglas High School in Parkland, Florida, home state of lax gun laws and Republican politico on the NRA payroll.
We have been through this kind of thing so often the responses were almost entirely predictable—horror and anguish followed by sputtering outrage and the lingering sense of hopelessness that when the last funerals and memorials are over the moment will pass, nothing will change, and we will slide back into numbness.
By this time all most all of my gun worshiping friends and kin have long ago picked up their marbles and stormed off my wall, banning me in return.  So, I get mostly the echo chamber of the liberals, left, and folks who have a prejudice against having their children slaughtered.  All the Usual Suspects.  But I still have friends of friends and one or two stubborn holdouts, so I get a taste of the equally predictable other side many of whom seem to believe that they are the real victims in all of this.  And there we are—America polarized again, glaring over self-constructed parapets at our enemies. 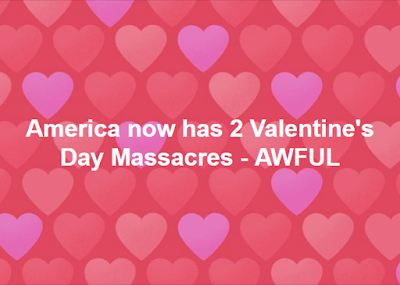 One post caught my eye—a meme created by Robby Ravenswood, a California ukulele player, piano pounder, singer, busker, and comic.  It said plaintively “So now America has two Valentine’s Day Massacres—AWFUL.”  That struck a chord because it was also the 10th anniversary of a tragedy close to home—a shooting at Northern Illinois University in DeKalb that left six dead including the shooter.  That where my youngest daughter Maureen had gone to school for a while a few years earlier and where many kids I know from McHenry County go.  But the number of the dead was not enough to make the shooting memorable outside our area.  And that says legions about the pervasiveness of gun violence in America.
Anyway, I was moved to write.
Three Holes in the Valentine Heart 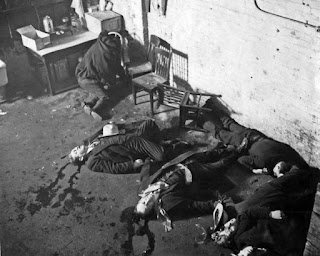 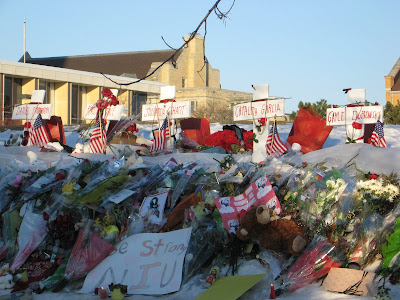 Campus cops closing in,
one last round
under the chin,
oblivion.

Is that all?
Piker!  Ain’t no Virginia Tech!
hardly worth the weeping and wailing
all those vigils and candlelight!

And the NRA says all those pussy students
who didn’t pack their own heat
should have OK corralled it.

Nothing to see here,
move along. 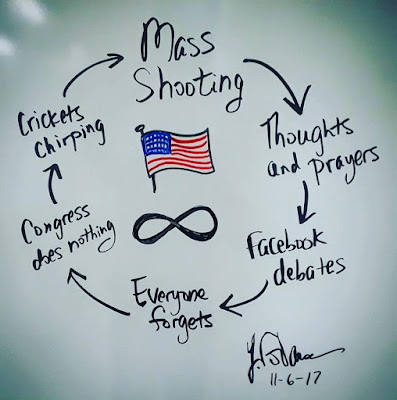 Thoughts and prayers
out the wazoo today.
Blame tomorrow.
Not me, not us.
Unpreventable.