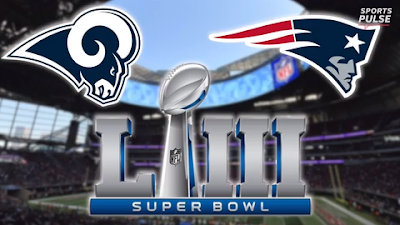 Note—My annual Super Bowl post and rant updated for this year’s event.
Sometime I feel like a secular Jew on Christmas when Super Bowl Sunday rolls around.  I don’t begrudge every one having a good time.  I know the songs and will sing along.  I might even put up a tree for the kids.  But my heart really isn’t in it.
Lest you think I am one of those effete snobs who disdain sports and mocks popular culture while pretending only to be interested obscure novels by lesbian hunch backs or festivals of avant-garde Montenegrin mid-century documentaries, I like baseball, hillbilly music, and the classic American sit-com.  And attractive women in all of their pulchritude.  I have hair on my chest, fire in the belly, and an occasional embarrassing stirring in my loins.
But I long ago lost what little interest I ever had in professional football.  Most years I can barely tell you who is playing in the Big Game unless the Chicago Bears are in it—and this year the pumicing Monsters of the Midway lost the chance to play when an errant last seconds field goal  attempt bounced off the upright.  I can’t avoid the Bears.  They are the home team and on Sunday nights at the gas station where I used to work guys would wander in various kinds of league approved apparel and expect me to engage in semi-knowledgeable conversation about the game.  I learned to peek at the TV sports on my way out the door to check the score and maybe note one big play.
As cultural traditions go, the Super Bowl does not have an ancient pedigree, but in an astonishing few years it became a great American feast and festival day—the only one associated with neither a religious or secular holiday.  Only Thanksgiving is celebrated with more gatherings public and private followed at some distance by Christmas and further back yet by the summer cook-out occasions.
In terms of economic impact it ranks well behind Christmas and hot on the tail of Thanksgiving and Halloween but greater than such gift giving occasions as Valentine’s Day, Mother’s Day, and pitiful bring-up-the-rear Father’s Day.  Among those cashing in on consumer spending are beer and spirits vendors, groceries and caterers, bars and restaurants, and providers of team apparel and licensed products.
A few years ago sales of large flat screen High Definition (HD) television sets  spiked sharply right before game day, although now that they have become ubiquitous in most homes, that trend tapered off.  In addition advertising and promotional income surges for broadcasters and even hard-pressed print media.  The economies of the host city and state are boosted as tens of thousands of visitors flood local hotels and entertainment spots for events that stretch out more than a week.
We are talking about a big frigin’ deal.  The origins were more humble.

After reaching an agreement to fully merge the long-established National Football League (NFL) and the upstart American Football League (AFL) representative teams began to meet for an inter-league championship game in January of 1967.  The first two games were utterly dominated by the traditional NFL powerhouse Green Bay Packers led by the game’s most iconic coach, Vince Lombardi.  Held on neutral fields, both games had trouble attracting ticket buyers and the games were played in stadiums with lots of empty seats.  The early games failed to attract many TV viewers outside the markets of the contending teams largely because the older NFL was viewed as perpetually superior to the juvenile AFL.
At first simply called the NFL-AFL Championship Game, the owner of the Kansas City Chiefs, William Alexander is credited with coining the name Super Bowl by marring the established use of the word bowl for college post season games with super, inspired by his children’s latest fad toy, the Super Ball.  The name caught on with the press before the second game in 1968. Reluctant owners finally agreed to make it the official name for the game in an attempt to hype interest in their floundering event.
Super Bowl III was the first to officially use the name and the first to use Roman Numerals. I and II were retroactively applied to the first two championships.  It is doubtful that that any one looked into the distant future when Super Bowl logos would sometimes feature long strings of letters unfathomable to most Americans since Roman Numerals are now hardly taught in schools.

Any way, it was not the numerals but the victory of the AFC New York Jets led by brash and flashy quarterback Broadway Joe Namath that really established the game in the public mind.  AFL teams were now competitive.
Not directly related to the game, the premier of Monday Night Football on ABC TV ushered in an era when football eclipsed baseball in popularity and became hailed as America’s Game with all of the macho and vaguely jingoistic swagger that the title inferred.
In the early years the Super Bowl was treated pretty much like any other game.  The half time entertainment was not much more elaborate than a major college games and featured acts like Up With People and performances were often not shown in their entirety to make room for chatter and game analyses by the announcers.  The National Anthem was likely to be performed by a college or military band or sung third tier performers like Anita Bryant.
I was personally unaware of all of these developments.  I don’t remember seeing that first championship game because I worked Sunday afternoons washing dishes at a Howard Johnson’s in Skokie.  I graduated high school that spring and for the next several years was either away at college or was making my way in Chicago as a cultural hippy and a radical activist.  I seldom had a TV set and my social circles were not much interested in pro football.
It wasn’t until 1974 that I attended my first Super Bowl party.  I was invited by a drinking buddy to come to an event in an apartment on the edge of Old Town attended mostly by off-duty bartenders and pub waitresses.  I was astonished to find the second floor flat jammed with scores of folks; a full size keg in a tub in the kitchen; a sideboard groaning under a huge collection of whisky, vodka, bandy, and wine bottles; pots of bubbling chili; and platters full of cold cuts, cheese, and bread.  Some folks jammed around the one color TV set in the living room to watch the Miami Dolphins stomp the Minnesota Vikings, but others milled around the other rooms drinking, eating, passing joints, and making passes at each other.  The Super Bowl Party was already an established tradition.
Over the next several years I occasionally tagged along with friends to other parties.  Hell I was always up for a good party, even if the game itself was mystery to me.
By the 1980’s when I had gotten married and moved to the boonies of McHenry County the playoff format had expanded and League officials began trying to lure younger audiences with big name acts both for the Anthem and the half time shows.  TV began adding hours of pre-game programing, and advertisers began showing off special commercials made just for the big game, like IBM’s famous take-off on Charlie Chaplain’s Modern Times.
In 1991 with the Gulf War on the game became a pageant of patriotism with for the first time a flyover by military jets, an all-services Color Guard, and Whitney Houston’s famous rendition of the Anthem.  After that there was no turning back.  The military became a fixture as did the custom of inviting divas and pop superstars.  The U.S. Army even became one of the game’s regular sponsors.
After the September 11th attack and during the Iraq and Afghan Wars the confabulation of the game with the military and hyper patriotism intensified.  The singing of God Bless America was added to the pre-game pageantry alongside the Anthem.
I sometimes went to a party—my brother in law used to host one.  But except for Super Bowl XX when the Chicago Bears won I had next to no interest in the games themselves.

During those years Super Bowl Sunday really became an all-purpose spectacle.  In addition to the high voltage entertainment, watching and rating the parade of clever new advertising became a major attraction.  So did stunts like the Bud Bowl, Puppy Bowl, and Lingerie Bowl as well as counter programing on other networks provide entertainment even for those not interested in the game.
This year in Super Bowl LIII—that’s 53 to the Latin illiterate—the Los Angeles Ram are playing perennial powerhouse the New England Patriots.  Outside the environs of the Hub of the Universe, New England is despised because Quarterback Tom Brady former Deflategate scandal and suspicion of arrogance.  Bill Belichick is in his record breaking 9th appearance as Head Coach with five wins is widely reviled as a cheater.
The game is roiled by a number of controversies especially the notorious blown pass interference call  that could have sent the New Orleans Saints to the big game.  Press and public outrage has resulted the NFL and its Commissioner Roger Goodell eating humble pie but declining to do anything to change the ruling.  Federal Courts turned down a fan-led suit to order that the game be replayed.

The long-running Take a Knee controversy that began with San Francisco 49er quarterback Colin Kaepernick protesting police brutality and shootings of a string of unarmed Blacks knelt during the National Anthem.  The movement spread with players across the League taking a knee in solidarity.  President Donald Trump playing to his base unleashed several Twitter storms berating Kaepernick, protesting players, and the NFL for allowing the alleged “disrespect to the Flag.”  Kaepernick remains effectively blackballed by League owners and has not played since the 2016 season.
His supporters urged mega-stars to boycott performances at this year’s game.  Several artists, including Jay-Z, Rihanna, and Cardi B, reportedly turned down offers to do the half-time show and the League had to scramble to sign a headliner.  Finally white  pop rockers Maroon Five fronted by Adam Levine agreed to perform and were greeted by torrent of social media backlash.

The League also had no luck getting a hot super-star with youth appeal to sing the National Anthem. 74-year-old Gladys Knight will do the honors in her hometown of Atlanta.
On Tuesday January 29, NFL cancelled the traditional press conference for the halftime show to head off embarrassing and pointed questions.
All that might turn out to be mildly interesting.  But  my wife and I will be dining out with new grandson-in-law Paul Carlson and his bride Caiti at kickoff at a place with no TV in the dining room.   Ask me if I have a pick in the game itself, and I would frankly have to answer, “I don’t give a rat’s ass.”
Posted by Patrick Murfin at 2:00 AM