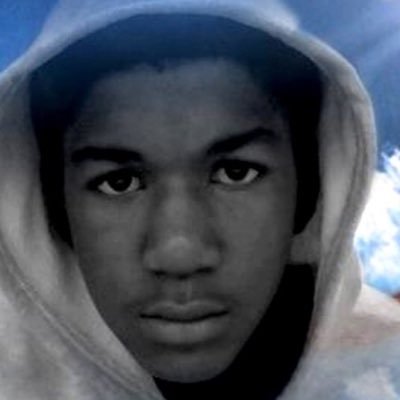 Seven years ago this morning south Floridians woke to a news story about an unarmed Black youth who was shot and killed by someone claiming to be involved in a neighborhood watch in Sanford, Florida the night before.  The story could easily have ended there.  Many similar tales from around the country barely made that level of notice.
But in the course of the next few days evidence arose that Trayvon Martin might have been stalked and virtually executed by wannabe hero George Zimmerman.  Despite this local police and prosecutors accepted Zimmerman’s claims to have acted in self-defense.  Although it was never officially invoked, newspaper articles cited Florida’s recently enacted and controversial Stand Your Ground Law as justification for the shooting.  Zimmerman was released without charge and his weapon returned to him.
Within days local protests in support of appeals by Martin’s parents began spreading across the country, particularly in light of the refusal of local authorities to act.  It became the number one story in the nation that March. Eventually eliciting an emotional statement by President Barack Obama that added fuel to what became a raging, polarizing public debate.
The Trayvon Martin case became a sort of litmus test for racial attitudes in the supposed post-Civil Rights Obama era.  The result of that test was not pretty.  Many Whites simply assumed that Martin must have been guilty of something and deserved to have been shot for supposedly attacking a physically larger man stalking him through a neighborhood armed with a visible gun.  Every aspect of his short life was examined and picked apart.  He was denounced as a thug for wearing a hoody, being suspended for minor rule infractions in school, and goofing around posing gangsta style in cell phone selfie video.  He was accused of child molestation for supposedly having sex with a high school sweetheart.  Both of his parents, estranged from each other, were vilified as was anyone who came to his defense.

Zimmerman, on the other hand, was proclaimed a hero, particularly by the NRA and gun rights zealots.  Nothing could dissuade them from this view, not increasing evidence of his mental instability, charges of domestic battery and intimidation, and further run-ins with the law in which a pistol was brandished.  It was Zimmerman, in their view, who was the victim of persecution and the real victim of the case.
Among the Black community and for many White liberals Trayvon became the symbol a callous disregard for Black lives and the refusal of authorities to hold assailants of Blacks to accountability.  Posting pictures in a hoody on line while holding a card reading “I am Trayvon” swept Facebook, Twitter, and Tumbler.  Medical school students, clergy, and even members of Congress posed for group shots.  Mass marches were held across the country, some involving arrests and outbreaks of minor violence.
In the process of the rising movement Trayvon was painted as a totally innocent good kid with a funny smile, a football player, and friend who reached out to an ostracized Haitian girl at school.  To be the perfect victim, he had to be the perfect kid.
The Trayvon Martin case has been compared to that of Emmett Till, the 12 year old Chicago boy, who was tortured and lynched on a visit to Alabama relatives for allegedly whistling at a white woman outside a country grocery store.  The insistence of Till’s mother on displaying her son’s brutalized, barely recognizable body in a glass-topped casket at his funeral helped galvanize a renewed anti-lynching movement and the Civil Rights movement in general.  Just this week the House of Representatives voted to the Emmett Till Anti-Lynching Act 65 year after the boy’s brutal murder and 128 years after Ida B. Wells began her anti-lynching crusade during the era of Jim Crow terror.

But Trayvon’s case could also be compared to the death of Jimmie Lee Jackson in 1965.  Jackson was a 27 year old Baptist deacon and rank and file voting rights activist who was shot by Alabama State Troopers and beaten while trying to defend his 84 year old grandfather and mother from a beating following the dispersal of a night march in Marion.  After lingering from his wounds for several days, Jackson died on February 26—not so ironically the same date as Trayvon.  The Marion march was part of the voting rights campaign centered in near-by Selma.  It was his death that inspired the Selma to Montgomery March.
Despite of its mobilizing impact on the Black community, the national media scarcely paid any attention to Jackson’s death.  It was not until weeks later when a white minister, Unitarian Universalist James Reeb, was beaten to death by Klansmen after responding to a national call to action in response to the bloody attack on the first attempted Selma to Montgomery March, that the focus of the nation swung to Selma.  It was Reeb’s death, and the shotgun murder of Viola Liuzzo, a white mother from Detroit and UU laywoman, after the successful March and not the unmentioned Jackson, which Lyndon Johnson used as leverage to finally ram the Voting Rights Act through Congress.

The Trayvon Martin case likewise sparked a growing, and lasting movement.  Although it did not involve a police killing, it exposed the raw double standard of the supposed American justice system.  In the years since the boy’s death multiple cases, a heart breaking parade of them really, have reinforced the growing rage in the Black community.  Many of those have involved police killings.  In a very real since the Black Lives Matter owes its existence to what started with the Trayvon Martin protests.

Eventually with national heat on them, Florida official reluctantly indicted Zimmerman and prosecuted him with somewhat less than the customary zeal.  To the disappointment of many but the surprise of few, Zimmerman was acquitted on July 14, 2013.  A new wave of protests roiled the nation in its wake.
That night I wrote a poem for Trayvon, which appeared the next day in this blog.  Its appearance was, naturally, not without controversy itself.  But I stand by it.

In the end they stole you,
every last one of them,
the martyr builders
and the bastards alike.

They poured you out
like water from
a swamped boot
and replaced you
with the merchandise
of their own longings,
fears,
and projections.
A handy flagstaff from which to hang
their ideologies
snapping in the gale
that they created.

But you were just a goofy,
kind of sweet kid
just trying to get along
no angel, no thug.

You took the time to make a friend
of the big girl with the
funny accent
everyone else mocked,
And you also toked some weed—
what a shock!
mugged like a rapper
on your cell phone,
and brushed up
a time or two
against John Law.
You played football and video games,
danced, laughed
and flashed that little grin.
If truth be known,
you probably got beyond
third base with that pretty
little girl friend.

So what?
It doesn’t matter now.
It all ended with a tussle
and a pop on dark night.

Then you were stretched out
flat on your back
surprise frozen on
your face—
an empty sack of meat.

Now you belong to them.
You have no say.
Those who loved you,
hated your existence
on the planet,
and all of the users.

Maybe better you should have been
capped on the South Side
of Chicago on a busy weekend
where all you would get
would be a two minute stand-up
under a street lamp on Channel 5,
a quick shot of your wailing mom,
the posturing of a local preacher.
Then they would put you in the ground
still owning your own corpse.

Posted by Patrick Murfin at 2:19 AM