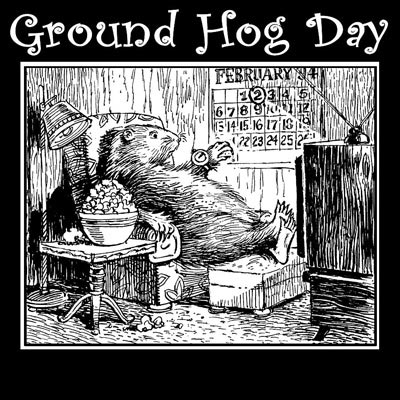 Most years I mark Groundhog Day with one of my usual in depth histories of the pagan origins in the Celtic festival of Imbolc or similar Norse observations and Christian cooption of those traditions as St. Brigid’s Day in Ireland or Candlemas in Britain and the adoption of folk customs into made up American pseudo holiday.  Or sometimes I rerun a favorite essay on the symbolism and philosophy of Groundhog Day, the movie like I did earlier today.


But in 2017, just days after the inauguration of Donald Trump and as the scope of the disaster was unfolding faster than the gloomiest predictions, I was moved to commit poetry.


Since we wake up again in the same predicament, it still seems apt. 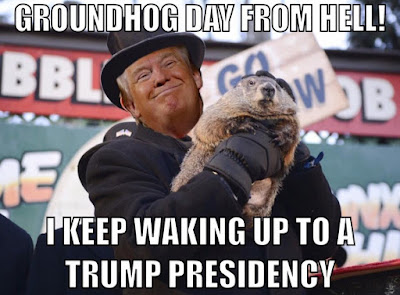 
If you don’t
get your ass out of bed right now
and do something
today will replace it
in the time loop.


Trust me.
You don’t want that.
Today is going to be a
Motherfucker.