After 28 Years a Soldier’s War Ended on Guam 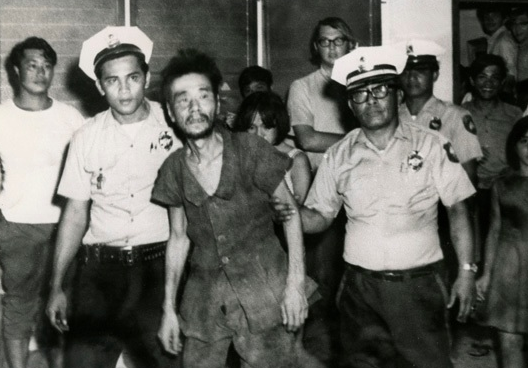 Shoichi Yokoi in police custody after his 1972 capture on Guam.

On January 24, 1972 Shoichi Yokoi, a sergeant of the Imperial Japanese Army, was discovered on Guam.  He had spent 28 years hiding in the jungle despite learning twenty years earlier in 1952 that World War II was over, and Japan was defeated. On the other hand, he missed being toasted by a flame thrower or being a POW and collected his back pay.

Amazingly, he was not the last Japanese hold out.  Second Lieutenant Hiroo Onoda had to be relieved from duty by his former commanding officer on March 9, 1974 in the Philippines and Private Teruo Nakamura, a member of an indigenous Taiwanese tribe and a colonial draftee, was captured by the Indonesian Army on December 18,1974 on Morotai Island.

But Yokoi’s story was widely celebrated in Japan where he became a celebrity advocate of simple, austere living and authored a bestselling autobiography.   He was also the subject of a 1977 documentary film, Yokoi and His Twenty-Eight Years of Secret Life on Guam.

Surviving members of an Army 77th Infantry Division unit on Guam with a trophy flag.  Despite taking heavy losses the Marines got all most all of the press coverage during the bloody campaign.

His story resonates personally with me because my father, Lt. W.M. Murfin served as a Medical Corps officer in a forward Battalion Aid Station with the Army’s 77th Division in the tough battle to recapture the former American colony.  The Army shared the invasion with the Marine Corps 3rd Division and other units.  While the Marines were able to quickly secure their beachhead and move inland, Army troops had no amphibious vehicles and were dumped by landing ships on the barrier reef and had to wade ashore hundreds of yards under withering fire.  They were pinned down on their beachheads for days taking heavy casualties and cut off from most re-supply by the lack of amphibious vehicles.

The battle lasted from July 21, 1944 to August 10 when the island was declared secure after the collapse of the Japanese defensive line in the rugged northern end of the island.  But as many as 7,500 Japanese troops remained at large and in hiding.  They continued to harass American troops even as work began to make the island a major air base for strategic bombing.  Over the next months most stragglers were captured or killed.  Some committed suicide.  The last organized attack by the holdouts killed three Marines on December 8, 1945.  Even then small groups remained at large hiding from troops in caves in the hills.

Yokoi initially was part of a group of 10 men who hid out and survived by hunting, fishing, and occasionally raiding food from local Guamanians.  But that was risky.  Mainly they avoided all contact.  After a few years seven of the men moved to another part of the island.  Yokoi’s last companions died in a flood about 1964.  He lived in virtual total isolation for the next eight years.  He mostly hunted by night retreating to his carefully camouflaged cave during the day. He used native plants to make clothes, bedding, and storage implements.

Jesus Dueñas and Manuel De Gracia were checking their shrimp traps along a small river in dense jungle near the village of Talofofo when they stumbled on Yokoi.  At first they assumed he was another villager, but he thought they were hunting him for raiding their traps so he attacked the men.  After a scuffle the two managed to overcome him.  They bound him and carried him out of the jungle, battered but not seriously injured, and turned him over to local authorities. 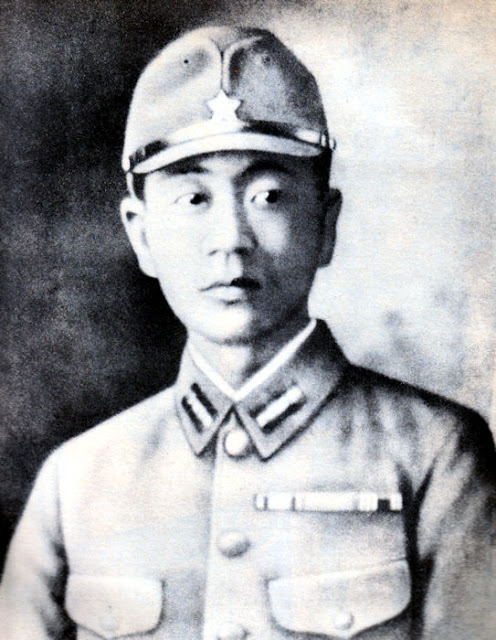 Yokoi was a 26 year old apprentice tailor when he was conscripted in 1941.  He first served with the 29th Infantry Division in the puppet state Manchukuo—Manchuria. In 1943, he was transferred to the 38th Regiment in the Mariana Islands and arrived on Guam in February 1943.  The Japanese assumed that the Americans would make their former possession a prime target of their island hopping campaign.  Already a veteran soldier Yokoi had risen to the rank of sergeant and was imbued with a fierce loyalty to the Emperor and the Imperial Army’s strict code of honor which included never surrendering or being captured alive.

He was rapidly repatriated to Japan where he was stunned and embarrassed to find himself a national celebrity.  He felt ashamed.  “It is with much embarrassment, but I have returned,” he told reporters.  The quote was quickly incorporated into a popular song. 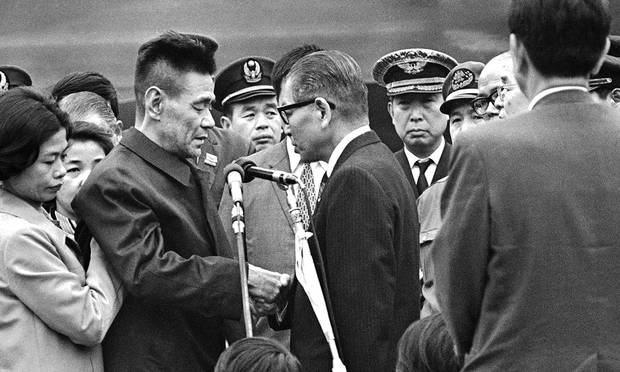 Weakened and emotional Yokoi needed help standing to greet the dignitaries who turned out to greet him when he landed in Tokyo.

Despite difficulties he did adjust.  He returned home to rural Aichi Prefecture where he married and raised a family.  He was frequently sought out for interviews and after his ghost written autobiography and again when the documentary film came out, he made rounds of TV appearances.  He had become a national hero.

Although never granted an audience with his beloved Emperor Hirohito, on a tour of the Imperial Palace grounds he said, “Your Majesties, I have returned home ... I deeply regret that I could not serve you well. The world has certainly changed, but my determination to serve you will never change.”

Such repeated sentiments made him a valuable symbol for ultra-rightist Japanese nationalists who wanted to re-arm and assert a dominant role Asia outside of American influence.  This alarmed both the government and U.S. security and intelligence agencies. 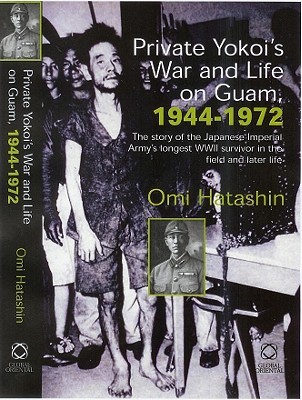 Yokoi was the subject of several books in Japanese and English, most recently this one published in 2009 two years after his death.

Despite this Yokoi was allowed to live out his life unmolested. He spent his retirement as a potter. He died in 1997 of a heart attack at age 82 and was buried at a Nagoya cemetery, under a gravestone that had originally been commissioned by his mother in 1955, after he had been declared officially dead.

The Shoichi Yokoi Memorial Museum opened in Nakagawa-ku, Nagoya in 2007 where visitors can see a reproduction of his long-time cave home and the everyday objects and tools he created.  Also on display are examples of his work as a potter.