Roe v. Wade 50th Anniversary and a Murfin Memoir of What it Was Like Before

I let the anniversary slip by yesterday.  On January 22, 1973 the Supreme Court decided the case of Roe v. Wade holding that a woman’s right to privacy in the 14th Amendment lets her terminate her pregnancy for any reason “up to the point of viability of the fetus” and for the sake of her health even later. While what was once considered settled, abortion rights are under daily attack by “a death of a thousand cuts” by emboldened Republican led state governors and legislators and the recent Supreme Court Decision that undermined abortion rights and signaled states that there might be no limit to draconian laws to outlaw it and criminalize women, medical staff, and even anyone who supports them.

The fight to preserve women’s fundamental human rights will now be fought state-by-state which is why the National Women’s March chose Madison, Wisconsin instead of Washington, DC for their main action yesterday, January 22.  Women and their allies rallied at the Wisconsin State Capitol for Bigger than Roe March on Madison and National Day of Mobilization. 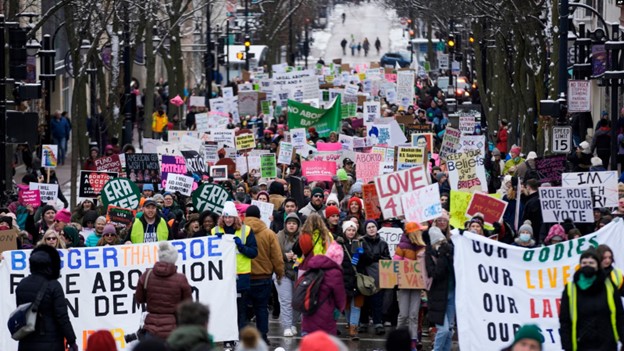 The Women's March on Madison filled the streets.


Wisconsin is a deeply divided battleground state where long time liberal abortion laws are under attack.  It was chosen because a critical state Supreme Court seat is up for election which could lead to the erasure of reproductive rights.  The Republican legislature is advocating bans and punitive criminal charges modeled on some of the most restrictive in the nation over the objection of the Democratic governor.  Flipping the seat to the GOP would give them a majority to rule on legislative action that overrides the Governor’s veto.

To ensure victory Republicans are trying to use every voter suppression trick in their arsenals including wholesale voter purges, closing or moving polling places in minority areas and Democratic strongholds, limiting acceptable IDs for obtaining registration, limiting early and mail voting, and an array of dirty tricks to mislead voters.  The Women’s March and other organizations are doing whatever they can to counter those shenanigans.

Sister actions with similar aims targeted to local circumstances were held around the country.

What follows was drafted in response to an appeal from NARAL Pro-Choice America a few years ago for stories about life before Roe v. Wade for use in a campaign in defense of women’s right to choose, which suddenly—and back then unexpectedly—seemed under attack again. 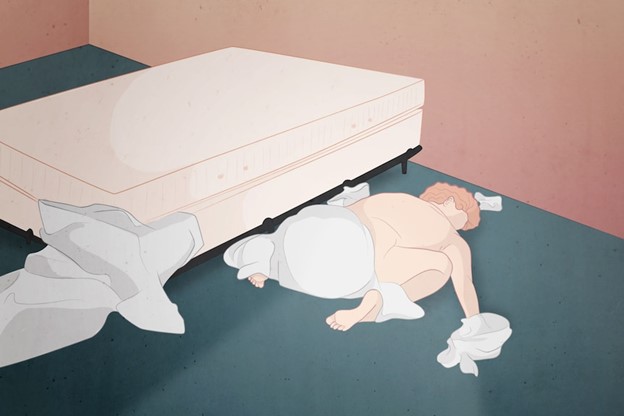 A police photograph of Gerri Santoro, a woman who died alone in a motel room after an unsafe abortion, became a symbol of the abortion rights movement across the United States.

For the many of you who don’t remember that far back, this is what it was like before that case was decided.

The Girl with the Italian Renaissance Hair.  Portrait by Botticelli.

It was about 1971 in Chicago.  We’ll call her Ellen.  She was a friend from college, tall and willowy with Italian Renaissance brown hair.  She had a chorus part in an experimental rock cantata by night and waited tables by day.  She was not my girlfriend.  I wished she was. I was a forlorn looking hippy in a cowboy hat and bright orange goatee—the dopey/quirky best pal in a romantic comedy—the guy who moons around and ends up helping the bad boy with the megawatt smile get the girl.  We met for dinner about once a week and sometimes went out for a drink after her show on a Saturday night.

I came over to her place for dinner one night, Liebfraumilch in a stone bottle in hand.  She was crying.  “I’m pregnant.  I don’t know what to do.”  I held her and comforted her.  I didn’t ask who the father was.  She didn’t volunteer.  It was, after all, the lingering twilight of the ‘60s. 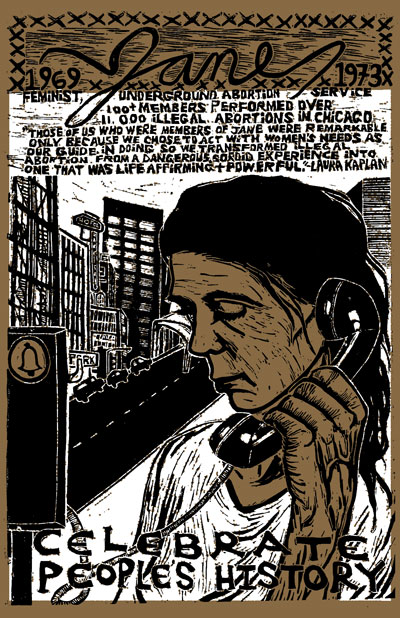 Those people were the Jane Collective, a semi-secret action group of the Chicago Women’s Liberation Union who defied Illinois law and arranged safe abortions.  Later I got to know the names and faces of some of them.  They were true heroes in a desperate time.

I helped Ellen get in contact with Jane.  They arranged for her to see a cooperating doctor.  She had to go alone to the appointment, where she was given a chemical abortifacient.  I waited for her in her apartment.

Posted by Patrick Murfin at 8:11 AM