If Ever a Wiz there Was—Prairie Radical L. Frank Baum 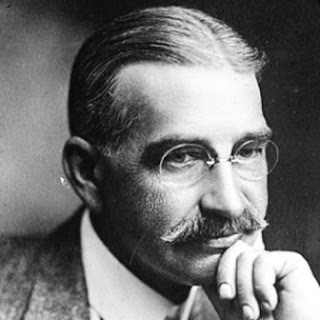 The recent release of the highly successful Disney film Oz The Great and Powerful has revived interest in the Oz tales and their quirky author.  Not that interest ever really flagged.  The 1939 classic The Wizard of Oz remains the most popular film of all time, beloved by every new generation exposed to it.

But both films, however entertaining, obscure the raging Prairie Populism and open feminism that the creator of the stories espoused.  Indeed feminist critics lambasted the new film for refocusing the story on a man—the charlatan/wizard—at the expense of the self-driven female characters at who drove the action in his stories.  Indeed two of the four main female characters in the film—Theodora and Evanora turn out to be hideous villainesses, and one, the originally lovely and guileless Theodora, flips to evil with remarkable ease when faced with nothing more than typical male thoughtlessness.   A third character is literally a broken doll that is mended by the hero.  Sweet Glenda the Good is remarkably passive.