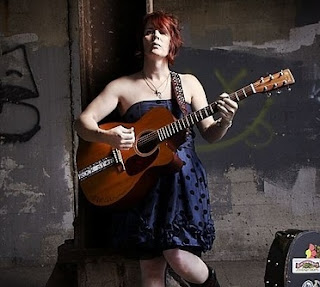 Singer/songwriter Namoli Brennet will return to the Tree of Life Unitarian Universalist Congregation, 5603 Bull Valley Road in McHenry, for a night of live music along with local favorites RUNE at Haystacks Coffee House on Friday, September 20 at 7 pm.
Brennet made a quick stop at the McHenry church while on tour last fall and the youthful duo RUNE has impressed audiences at Haystacks Open Mic Nights.
Brennet has been touring the country with her own brand of moody and inspiring folk music since releasing her first CD in 2002. Since then she has played over 900 shows and logged over 250,000 miles on the road. Touching on often poignant themes, her music and lyrics ultimately paint a vivid and redemptive portrait. Critically noted as a breathtaking and moving performer, her sweet, road-weary voice is as quick to deliver her wit and humor as it is a turn of phrase. She has been described as a cross between Lucinda Williams, Patty Griffin, and Sheryl Crow. Zocalo magazine called her music, “gorgeous and introspective.”
A four-time Outmusic Award nominee, Brennet has also won the Tucson Folk Festival Songwriting Award and was a finalist in the ISC Songwriting Competition. Her recent release Black Crow garnered critical acclaim and was named one of KXCI FM’s top albums of 2010. Her music has been featured on NPR, PBS and in films including the Emmy award-winning documentary Out in the Silence, which details the struggle of a Gay teen growing up in rural Pennsylvania. 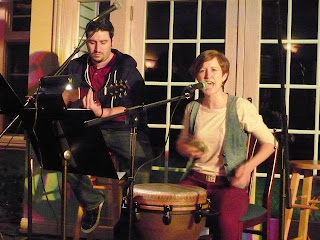 Joining Brennet is RUNE, a new power folk duo out of Chicago’s western suburbs. The band’s soulful sounds are born out of Allison Joy’s drumming and vocals with Dan Bieri’s guitar. RUNE is influenced by groups such as Florence and the Machine, Tegan and Sara, Brandi Carlile, Shovels & Rope and many more.
This event is open to the public and free. In the tradition of centuries of live music, the hat will be passed to support these amazing musicians. CDs and other merchandise will also be available at the concert.
For more information contact Thomas Steffens at 815 404-7908, the church office at 815 322-2464, or visit http://treeoflifeuu.org .

Posted by Patrick Murfin at 2:33 PM