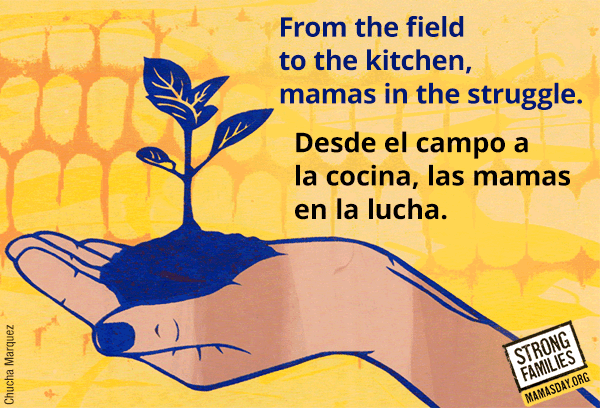 The celebration of Mother’s Day as we know now is generally credited to Anna Marie Jarvis in memory of her mother, who died on May 9, 1905.  The first commemorative service was held at the Methodist Church in Grafton, West Virginia where Jarvis’s mother had been a Sunday school teacher  on May 12, 1907.
The following year on May 10 the church, at Jarvis’s urging, expanded the service to include honoring all mothers and Jarvis’s friend, Philadelphia merchant prince John Wanamaker conducted a public observance in the auditorium of this store.
Jarvis tirelessly dedicated herself to spreading the observance.  She wrote articles and pamphlets, lobbied city councils, state legislatures, and Congress for proclamations establishing an official observance. West Virginia was the first to act, in 1910, followed by several other states over the next years.

Jarvis’s efforts paid off when Congress on May 8, 1914 established the second Sunday in May as Mother’s Day and requesting the President issue a proclamation. Woodrow Wilson wasted no time, issuing his proclamation the next day, making May 9 the official “birthday” of the Federal observance.
Wilson’s proclamation directed Americans to show the flag in honor of mothers who had lost sons in war.  That part of the declaration is an indication that Wilson was probably aware of the earlier efforts of Julia Ward Howe to establish a Mother’s Day observance to protest war.


Ward’s moving Mother’s Day Proclamation was written in 1870 in reaction to the carnage of the Civil War and the Franco-Prussian War and called for women across the globe to unite to end war.  Although that noble effort never produced either the movement or the observation that Howe had hoped for, the effort was well known.  When Howe died in 1910 full of honors as the writer of the Battle Hymn of the Republic and one of the most famous American woman of letters, her obituaries revived interest in her effort, particularly among pacifists.
In recent years the memory Howe’s Proclamation has been revived by the peace and feminist movements and by her Unitarian Universalist faith community and has been re-connected to Jarvis’s celebration.

By the mid-1920’s Jarvis and her sister became embittered at the commercialization of the holiday they worked so hard to create.  The sisters spent the rest of their lives and all of their inheritance battling that trend.  They trademarked the names Mother’s Day and Second Sunday in May to try and keep merchants from using them.  But there we too many fires to put out and not enough lawyers in the world to stamp out flagrant infringement.  At least once she was arrested for protesting.
Merchants, and especially the greeting card manufacturers that Jarvis particularly loathed, actually organized and launched a counter attack portraying her as demented and obsessed.  They even questioned her patriotism.   Since newspapers profited handsomely from Mother’s Day advertising, they were more than happy to abet the smear campaign.
Jarvis and her sister spent their last dime in the fight and were reduced to abject poverty.  Anna never married or had children of her own.  Mother’s Day was her child and she fought fiercely to the end to defend its honor.
She died in West Chester, Pennsylvania in 1948 at the age of 84 in obscurity.
Ironically, many of the same merchants and business interests that had once vilified her later found it useful to enshrine her in legend, taking great care that her distaste for what the observance had become was carefully omitted from their new version of the founding myth—along with any mention of Julia Ward Howe’s earlier effort.
Commercialization of Mother’s Day has gone on unabated.  And, if you were to survey the banks of cards in the shops, the florist’s ads and the fat bundle of ad inserts that fatten May Sunday newspapers, you would think that only white, middle class women were or had mothers.  And few women were depicted with a job or any life outside the home.  Minority women, single mothers, women struggling to get by on a minimum wage job or government assistance, lesbians, grandmothers raising their grandchildren, undocumented women, disabled women, and others routinely marginalized by society felt not only left out, but insulted.
Three years ago a group called Strong Families decided to do something about it.  Strong Families describes itself as:
…a home for the 4 out of 5 people living in the US who do not live behind the picket fence—whose lives fall outside outdated notions of family, with a mom at home and a dad at work. While that life has never been the reality for most of our families, too many of the policies that affect us are based on this fantasy.  From a lack of affordable childcare and afterschool programs, to immigration policy and marriage equality, the way we make policy and allocate resources needs to catch up to the way we live.
We see the trend of families defining themselves beyond the picket fence—across generation, race, gender, immigration status, and sexuality—as a powerful and promising development for the US, and we want to help policy makers catch up.
One of their most visible and successful projects has been the promotion of Mamas Day to celebrate and affirm all of those women and families who have felt exclude, and to promote social programs and policies that support those families.
One of the most successful and visible parts of the campaign for Mamas Day has been the creation of free e-cards that celebrate and affirm all of the different kinds of Mamas.  You can check out the selection at http://www.mamasday.org/ .
This year the Unitarian Universalist Association has embraced Mamas Day and has made materials available to congregations to integrate into their usual Mother’s Day observances.
No matter how you celebrate, here is to all the Mothers and Mamas and their families.