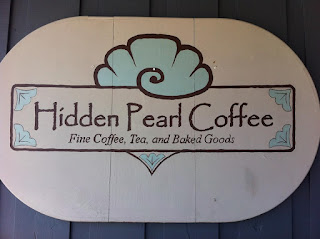 Missy Funk is a bit of a human dynamo.  Nearly two years ago she was one of a handful of people who decided to swim against the tide in deep red McHenry County to back the progressive agenda of Senator Bernie Sanders’s long shot bid for the Democratic Presidential nomination.  That effort blossomed and branched beyond anyone’s wildest imagination.  Scores of volunteers were recruited, trained, and set to work.  They relentlessly knocked on doors, spent untold hours phone banking, marched in parades and flyered public events, held coffees and staged their own events, set up a social media campaign, and even had time to send volunteers to near-by primary battlegrounds like Wisconsin.
Not only that, they broadened from an organization supporting a single candidate to a political movement that recruited, fielded, and supported candidates for offices from Congress to state legislature to the County Board.  And the effort paid off.  Sanders swept McHenry County in the primary and most of those local candidates made it to the November ballot.  They battled through the bitter disappointment of seeing Sanders lose the nomination to Hillary Clinton, but remained committed to a progressive agenda even when they were divided over supporting Clinton.  They shifted efforts to the local candidates.
Those candidates were largely swept aside in a Trump landslide among white suburban voters.  Discouraged but not demoralized, Missy and her friends have rallied to be part of a growing resistance committed to the long haul.  Now known as McHenry County Progressives they remain committed to grass roots organization and have just recruited candidates for off year township and municipal elections.
Through it all a McHenry coffee house, Hidden Pearl Coffee on Green Street was a home base and supportive meeting place for the movement.
Let Missy tell you about it in her own words.
I had the first Democratic debate there 10/13/15, first of many debates, hosted community engagement events, delegate signature collections, we made shirts, buttons, masks leading me into the 6 weeks straight of experiences in that I had in that place, because of all the phone banks/canvasses, our planning meetings, the GOTV4Bernie…all stemmed from what we grew, with that blessed stroke of luck was found in with this business.
But progressives were not the only ones to find support and community at the Hidden Pearl.  Church and business groups have also used The Pearl for their meetings including three of the McHenry Area Chamber of Commerce business networking groups.  More importantly perhaps it quickly became a focal point for the historic Green Street business district, one of the three downtowns that McHenry developed as it grew and developed.  They provided good coffee, pastries, and light lunches with exceptionally friendly service for are merchants and their employees and as word spread they increased foot traffic in the area.  The café also used the products of the local bakery and where ever possible locally sourced produce and dairy.
The Hidden Pearl also was fast becoming a much needed cultural resource for the City of McHenry which has never had the venues and assets of Woodstock and Crystal Lake.  They hosted a group of writers which led to monthly Wednesday Poetry Night readings.  Intimate plays were presented in the small space.  After some comedy nights plans were being laid for a resident improve troop and the café was planning on expanding regular evening hours to accommodate music performances.


Those plans and much more were thrown into uncertainty and jeopardy over the holidays when the owners were informed that the bank had sold the McHenry movie theater building where the café is located.  The new owner’s redevelopment plans do not include the Hidden Pearl.  The café was given short notice to vacate the building and will soon have to close at that location with no firm options to relocate locally.
The Hidden Pearl was opened Feb. 11, 2014 by Lisa Brand with Christine and Dan Kernes and is currently owned by the Kernes and Dan’s parents.  Dan manages the family project which established its following despite the fact that the theater building was foreclosed on just three months after they opened and the bank offered and withdrew leases depending on offers for the building.  The Kernes even tried to buy it themselves but lacked the capital.


Now they are scrambling to find a new location.  They would much prefer to honor the commitment they feel to McHenry and the Green Street strip but have also found an attractive possible location in Lake Zurich.  But when the current Some Other Nuts storefront directly across the street from the Chamber of Commerce office became available the Kernes set their sights on that location.
Dan reports that it will require $90,000 to relocate to that location and build out to fit their needs.  It would be larger than their current quarters and allow them to add a regular stage and performance area.  They say they can personally raise half that before time runs out.

Reluctantly they have turned to the modern social media driven direct funding system.  They have opened a KickStarter campaign to raise $45,000 by January 28.  Admittedly it is a long shot and as of this writing 44 backers have pledged $1,936, far short of the goal with 15 days to go.  They offer a range of rewards for pledges from lattes and lunches, art quality photographs by Mike Winters, I Saved the Pearl tee shirts, to patio pavers and brass donor plaques.  As always in KickStarter campaigns it’s all or nothing--the project will only be funded if it reaches its goal by January 28.
Ordinarily I would not endorse a campaign like this for a private business however worthy.  I have previously endorsed these kind of campaigns for projects like the Utah Phillips House to serve the homeless in the iconic singer/story teller/rabble rouser’s Nevada City, California home town, for restoration of the Haymarket Martyrs Memorial in Forest Home Cemetery, and projects of the Tree of Life UU Congregation like the Cabaret Church festival and the Choir tour of Transylvania.  But the Hidden Pearl is a particular human and cultural asset in a town and county that desperately needs it.  I’m willing to lend a hand giving them this long-shot boost.
Besides, Missy asked me to, and she is a hard woman to turn down.