This morning at 10:45 the Green Sanctuary Committee—environmental ministry—and Social Justice Team will lead a Prophetic Voices worship service at the Tree of Life Unitarian Universalist Congregation, 5603 Bull Valley Road in McHenry.  Members will each represent and present in some way the Prophetic that “honor our humanity as a sacred quality. Our care for each other and the earth is an extension of that.”
There will be some powerful testimony including inspiration for environmental pioneer Rachel Carson and participants in the Standing Rock Water Protectors camps which have so far blocked the Dakota Access Pipeline (DAPL).  I am coming at with a brief presentation from an oblique angle.  This is what I have prepared. 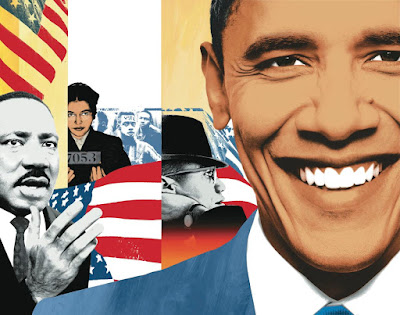 What happens when our Prophets and Heroes turn out to have feet of clay?  Do we make excuses for them?  Do we drop them like a hot potato, throw out everything they said or accomplished out as the tainted fruit of a tainted tree?  Do we try to understand that prophets and heroes are human not gods and as apt to failure and wrong headedness as the rest of us?
Think of Barack Obama who brought many of us to tears this week with his eloquent and inspiring farewell speech.  So many of us have loved and supported him.  Yet in his tenure he dropped enough munitions to wipe out a dozen Dresdens.  His drones and not-so-smart-bombs-after-all wiped out wedding parties, funerals, children picking flowers, and a Doctors Without Borders hospital.  The wars he failed to really end contributed to the massive refugee crisis threatening the stability of Europe.  And every lethal bomb created or confirmed the implacable hatred of the families of the dead.  Yet contrasted to the dismal incoming President he is a shining example of humanity and wisdom.
Much of my life was shaped and inspired by the work and words of Thomas Jefferson.  Words like:
I have sworn upon the altar of God, eternal hostility against every form of tyranny over the mind of man.
It does me no injury for my neighbor to say there are twenty gods or no God.  It neither picks my pocket nor breaks my leg.
And of course:
We hold these truths to be self-evident: that all men are created equal; that they are endowed by their Creator with certain unalienable rights; that among these are life, liberty, and the pursuit of happiness.
What’s not to like?
Yet there was an almost insurmountable mote in that great man’s eye.  I considered it in this poem. 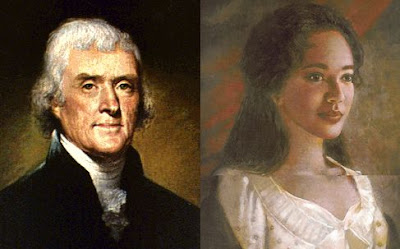 
He woke early, as was his   custom.
The first yellow light of dawn
pierced the wavy window panes, warmed his ruddy cheek
until those gold flecked brown eyes opened,
his red hair, unpowdered and loosened from its velvet ribbon
splayed across the pillow
twining  with  her shining black tresses,
lay upon her perfect caramel shoulder.

As he stirred, so did she,
rising from her old Mistress’s bed,
abandoning the damp, warm spot on satin
to wrap herself silently in coarse linen
and slip unnoticed from the Master’s chamber
before Polly and the household
would be forced to acknowledge what their hearts’ knew—
That Sally Hemming s,
ledger page chattel of Thom as Jefferson,
half-sister to his dead wife,
childhood playmate of Polly and now her body servant,
was his—what?
Lover?
Consolation?
Careless sponge for urgency?

And he, crossing to that secretary of his own devise,
without a momentary glance back at the retreating figure,
sitting on that ingeniously swiveling chair,
spread the heavy sheets before  him,
dipped quill into indigo
and paused for just a moment
before inventing  America.