On the eve of the Winter Solstice there is no snow on the ground here in northern Illinois and temperatures have been unseasonably warm—daytime in the 40’s with plenty of sun—for more than a week.  Other parts of the country, however, have been buried in all of the Winter Wonderland they can stand.  Time to revisit this classic pop winter song and let the great Ella Fitzgerald give it her swinging interpretation.
Winter Wonderland was written in 1934 by Felix Bernard and lyricist Richard B. Smith. Since its original RCA recording by Richard Himber and his Hotel Ritz-Carlton Orchestra, it has been covered by over 200 different artists, including Bing Crosby, Dean Martin, Johnny Mathis, Frank Sinatra, Amy Grant, Michael Buble, The Eurythmics, and Radiohead.
Smith lyrics were reportedly inspired by memories of his hometown Honesdale, Pennsylvania park freshly buried in snow but were written while he was being treated for tuberculosis in the West Mountain Sanitarium in Scranton.
Among the most notable covers were by Johnny Mercer which reached #4 on the Billboard radio play chart in 1946 and by Perry Como the same year which was in the top ten songs in retail sales.

Sinatra’s version is notable for changing the lyrics.  Despite the earlier success of the song, Sinatra was warned that powerful protestant clergy were prepared to demand radio stations ban the song because of the line “In the meadow we will build a snowman/We’ll pretend that he is Parson Brown/He’ll say ‘are you married?’ We’ll say no man/But you can do the job when you’re in town.”  The preachers were alarmed that the words implied hanky-panky by the unmarried couple.  Old Blue Eyes changed the word to the nonsensical “In the meadow we can build a snowman /And pretend that he’s a circus clown/We’ll have lots of fun with Mr. Snowman/Until the other kiddies knock him down.”
Some other later covers of the song used Sinatra’s version while other stood by the original words.  Some even used both versions. 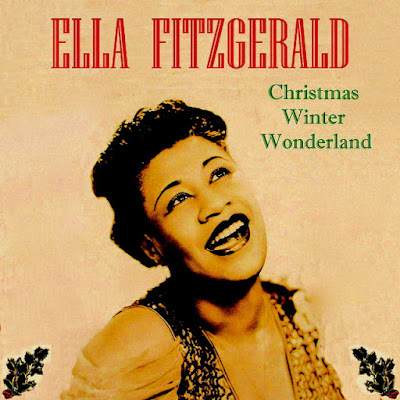 Ella Fitzgerald’s jazzy take of this seasonal chestnut is one of my favorites.
Posted by Patrick Murfin at 4:39 AM