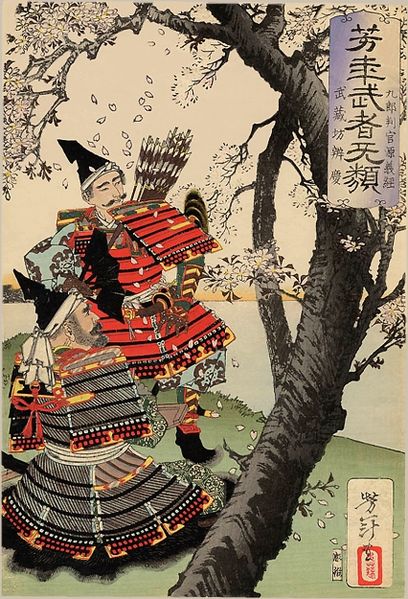 Soldier Monks from Mt. Heie burned rival temples in 1536 by the Western calendar.


My trusty Wikipedia historical calendar, the secret weapon of a blog that most frequently offers almanac style history posts, informs me that, Buddhist monks from Kyoto, Japan’s Enryaku-ji Temple in what is known as the Tenbun Hokke Disturbance burned the temples of rivals. The event is traditionally ascribed to this date in 1536.   Now I know next to nothing about either Buddhist history or medieval Japan, but that grabbed my attention.  After all, isn’t Buddhism supposed to be about peace and harmony?  At least that’s what my friends who spend their time squatting cross-legged on mats chanting and/or meditating tell me.  So, the idea of rampaging monks wreaking havoc on rivals is a source of cognitive dissonance.

The details I could quickly discover in English without being sent scurrying to thick and dense tome of Japanese history are sketchy but go like this.

The Enryaku-ji Temple, which grew to be the largest, most influential, and powerful temple complex in Japan, was founded about 788 at the height of the Heian Period, the last epoch of classical Japanese history in the Imperial capitol of Heian-kyō, modern day Kyoto.  It was an era of great Chinese influence on the court and broader culture, particularly the flourishing of Taoism and Buddhism in a country long dominated by ancestor worshipping Shintoism.

The monk Saichō, given the posthumous honorific Dengyō Daishi, studied in China and introduced the Tendai tradition of Mahayana Buddhism to his native country with the support of the Emperor Kammu.  Tendai differed sharply with already well established schools of Buddhism in the Hinayana.  He was granted permission to establish a teaching monastery on Mount Hiei.  The monetary at first was instructed to train devotees in two distinct and rival traditions—a ploy by the Emperor to bring peace between contentious sects.  But Saichō wanted to train and ordain his monks in the Tendai traditions instead of at the Tōdai-ji Temple under the ancient Vinaya Code.  This request was finally granted only after the master’s death in 822.

Tendai Buddhism was based in the teachings of the Bodhisattva Precepts.  I am informed also that it emphasized Esoteric Buddhism which aimed at achieving enlightenment through disciplined meditation and study in one lifetime rather than over eons of death and rebirth, the Exoteric Tradition.  All of this is fuzzy to me, but I am sure is clear to my many Buddhist readers.

Under Saichō, his disciples, and successors training at the Enryaku-ji Temple was extremely rigorous and based on the principles of his personal vows composed when he was only 20:

So long as I have not attained the stage where my six faculties are pure, I will not venture out into the world.

So long as I have not realized the absolute, I will not acquire any special skills or arts [medicine, divination, calligraphy, etc.]

So long as I have not kept all the precepts purely, I will not participate in any lay donors Buddhist meetings.

So long as I have not attained wisdom, I will not participate in worldly affairs unless it be to benefit others.

May any merit from my practice in the past, present and future be given not to me, but to all sentient beings so that they may attain supreme enlightenment.

Saichō, Founder of the Temple.

Monks lived in seclusion from the world for 12 years on remote Mt. Hiei where they undertook a rigorous program of study and meditation.  More than half of the students left in their first year.  After completing their studies, only the best and most promising students were accepted for ordination and sent to the 3000 sub-temples that were eventually established throughout Japan.  The remaining students were also highly valued and most entered the Imperial Service as civil servants and soldiers.

Things continued in this way for almost 300 years when a split occurred and competing schools of Tendai monks were established by the followers of Ennin and Enchin.  Both had been first generations disciples of Saichō and the teaching of their respective lines did not differ in many essentials.  Enchin was said to have promoted the worship of native Japanese Gods—essentially Shinto—as consistent with Confucian wisdom in addition to Buddhist spiritual practice.  Over the centuries the followers of the two schools with Ennins followers still based at the Enryaku-ji Temple known as the Mountain Order and Enchins at Mii-dera which was at the foot of Mt. Hiei, down slope from the mountain top temple.  Enchis’s followers became known as the Jimon sect or Temple School.

The conflict was more than anything about influence at court, prestige, and territorial conflicts.  Periodic conflicts between monks escalated and each group assembled armies of soldier monks that often clashed and which also became entangled in court intrigue and dynastic disputes.  Sometimes the monk armies were supplemented with paid mercenaries including samurai and ronin warriors.

But these disputes were only a prelude to a more deadly rivalry that began with the rise of Nichiren Buddhism in the 13 Century.  Founded by the monk Nichiren in 1253 who had studied at Tōdai-ji and other teaching centers, the new sect revolved heavily around the Lotus Sutra, which was also honored by Tendai monks.  But the Nichiren were highly sectarian to the point of being what we would now call fundamentalist.  They denied the legitimacy of all other Buddhist Schools and accused them of heresy to the original teaching of the Buddha.  They engaged in polemical wars with rivals, but also physical confrontations.  Their targets not only included both the Mountain Order and Temple School, but newer developing sects including emerging Zen, Nembutsu, Shingon, and Ritsu.

In other words, the Nichiren were sanctimonious, self-righteous, and a pain in the neck to just about everyone who did not agree with them.  That included the monks of Enryaku-ji Temple.  It is probably wise not to piss off a powerful and established sect with its own army.  Things came to a head in 1536 with Tenbun Hokke Disturbance, the burning of all those temples, and attendant violence.

The conflict came amid the chaotic period of Japanese history known as Warring States when feudal lords clashed for supremacy and Japan lay disunited.  A powerful, would-be uniter arose in the person of the War Lord Oda Nobunaga.  Warring temples and armies of monks represented the social chaos he strove to squelch as well a potential rival centers of power.  Oda attacked several contentious Temple centers, but Enryaku-ji was the most powerful.  In 1571 he attacked the Temple complex slaughtering all of the monks he could find and leveled the ancient buildings. Only one small shrine, the Ruri-dō or Lapis Lazuli Hall, isolated up a narrow and obscure path from the rest of the complex survived. 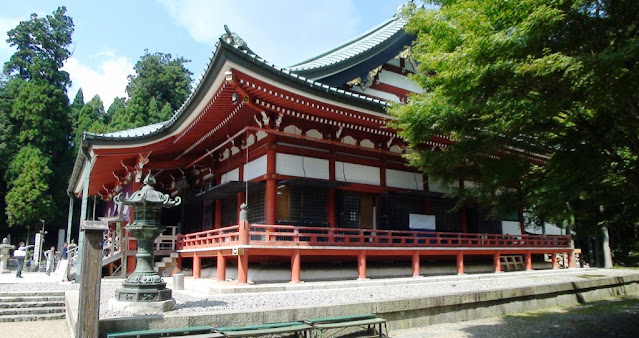 One of the many buildings the  UNESCO World Heritage site, Enryaku-ji Temple complex which were rebuilt after the arson fires.


After Japan was ultimately unified and the Tokugawa Shogunate was established in 1601, the monks returned to Mt.  Hiei and rebuilt the Enryaku-ji Temple complexes.  Those are the buildings that have been declared a United Nations International Cultural Site.

All of this sounds more like the familiar religious wars of Europe than what we expect of peace loving Buddhists.  The Japanese Buddhist wars were mostly confined to clashes between monks and armies, sparing the widespread civilian slaughter as punishment for inappropriate worship that characterized the West.   Still, it was brutal enough.

And it was not entirely isolated in history.  Just a few years ago rival Korean Buddhists made world-wide headlines for pitched battles with clubs, knives, and swords over the possession of holy temples.  The brutal military masters of Miramar—Burma—were always said to be passionately observant Buddhists with great reverence for the tens of thousands of Temple monks, yet they not only turned their guns on their restive populations, but they raided the temples, beat, murdered and imprisoned hundred of monks.

I personally know Sri Lankan Buddhist monks who have converted our old Unitarian church in Woodstock, Illinois to the Blue Lotus Temple and I have never met such gentle spirits.  But the orders of monks from which they sprang back in Sri Lanka are militant in their opposition to and hatred of the dark-skinned Hindu Tamil minority and have resisted all attempts to find peace and reconciliation between the communities.  They can’t let go of the decades of tit-for-tat violence, terrorism, and military atrocities that still grip the country. 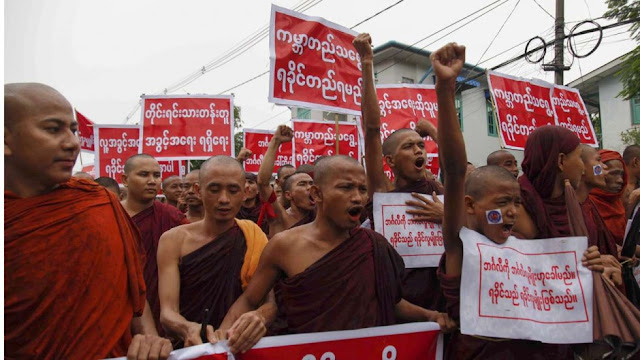 Ethnic Rakine Buddhist monks in Myanmar demonstrate against minority Rohingra Muslims and have led ethnic cleansing and massacres according to the United Nations.


Sri Lankan Buddhists have also attacked minority Muslims and in Myanmar—former Burma—Rakine monks are engaged in what the United Nations has charged is brutal ethnic cleansing of Rohingya Muslims including several documented massacres of minority villages.

The point is not to bash Buddhism.  Rather it is to point out that no philosophy, religion, or faith traditions, whatever the teachings of their founders and the continuing good will of their most spiritual leaders, are immune from falling into mere sectarianism and resorting to violence against those who can be seen somehow as others.

Despite the spasms or Buddhist violence, these episodes are aberrations, not the norm.  The teachings of Buddhism are rooted in peace and tranquility and modern Buddhists like the Dalai Lama and Titch Nhat Hahn have been world leaders for inter-faith peace and respect. 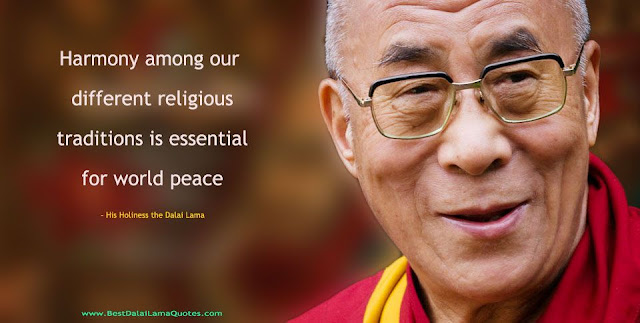 I don’t believe that religion itself is only that murderous spirit of some or that it is defined by its worst members and moments.  As a teenager who discovered the horrors of the Inquisition, European religious wars, and the fresh evidence of the Holocaust I fell into that easy, juvenile trap.  I screamed “a pox on all your houses”, avowed my atheism, and literally went out of my way to piss on churches for the next decade.  Foolish me.

There was nothing in the teachings of Jesus or the Buddha that was war-like.  Quite the contrary, both taught and sought peace and reconciliation.  The problem seems to come later, when prayers and incantations become empty words of ritual, when personal identification with the form of religion takes center stage, when holy institutions vie for power and wealth, and when those who do not share your prayer book are dehumanized into the monstrous other, that the problems arise.

Militant atheism as opposed to rationalism, free thought, true skepticism, humanism, or agnosticism easily becomes its own certain faith too eager to tell others that they should not/can not/will not have their heretical faith.  These types of atheists scream protest when horrors of Stalin, Mao, Pol Pot et. al. are laid at their doorsteps, even as they are eager to hold every pew sitting Christian to task for every murderous fanatic who ever carried a cross.

We are not much different than either those who have made peace or waged war.  We could go either way, given the circumstances.  If we want to choose peace, we must be on guard against our own certainties and our own eagerness to cast those with whom we differ as innately evil and undeserving of either compassion or consideration.

It’s a lot harder than it looks.