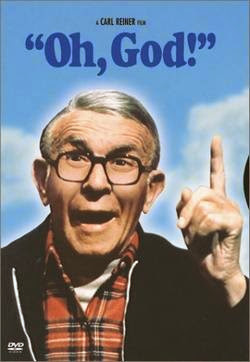 I got an e-mail yesterday from the folks at Skinner House Books, an imprint of the Unitarian Universalist Association (UUA).  They are the folks who published my collection of poems, We Build Temples in the Heart, in 2004 as part of their venerable Meditation Manual series.
But it wasn’t the first time one of my verses appeared in a Meditation Manual.  A couple of years earlier one of my poems was plucked from the relative obscurity of the old e-mail newsletter UUNews where I was then inflicting my stuff on the unsuspecting and included in Meditation Manual anthology, How We Are Called.  Mary Bernard was one of the editors of that book and contacted me asking if I had enough material for my own book in the series.  The rest, as they say, is history.
Anyway, the e-mail asked for permission to reprint that first poem in yet another book, this one to be titled The Six Sources of Unitarian Universalist Faith: A Reader edited by Kathleen Rolenz and Wayne Arnason.  Glad to oblige.
I am guessing that the editors want my poem to illustrate, in the words of the Six Source from which Unitarian Universalism draw inspiration, “Humanist teachings which counsel us to heed the guidance of reason and the results of science, and warn us against idolatries of the mind and spirit.”
Now I tell folks that I am a Humanist on alternate Thursdays.  On any given day, you might scratch me and I’ll bleed pantheist, Universalist, deist, transcendentalist, or any combination.  O.K. mark me as confused.  But didn’t that Unitarian saint, Ralph Waldo Emerson say that, “consistency is the hobgoblin of little minds?”  Anyway on the average maybe I am a little more humanist—with the sneering arrogance of certain atheists using that designation knocked off.
The poem in question has popped up from time to time in UU worship services the topic of which is, invariably, Humanism.  So someone must think I have something to say on the subject.
It was not included in my book and to the best of my recollection I never posted it to my blog.  But since the subject came up, here is the poem in question.
I Do Not Have a Personal Relationship with God
I do not have a Personal Relationship with God.
I’ve lost his phone number;
he never answers his mail.
We did not, as young men,
hang out on Wednesday nights,
cigarettes dripping from our lips,
at pool halls.
He is not there like an old neighbor
to fix my broken lawn mower
and hand me a soda
on a blazing hot day.
When I rip my shin on a jutting shelf
and cry out his name,
he does not rush to me
with Band-Aids and peroxide.
He does not, at times of vexation,
when my world lies shattered,
my relationships ruptured,
my children insolent,
my finances hopeless,
come with soothing counsel to my side.
He does not take my requests
like a long-distance dedication
on America’s Top Forty,
or deliver within five business days
or my money back
on my catalogue order—
my business is not important to him.
I do not have a Personal Relationship with God.
But in quiet moments—
in the familiar whistle
of a red-winged blackbird on a cattail,
or in spider webs glinting with dew
in the grass of a clear sunrise,
or the passing attention of an old cat—
He/She/It/Whatever does not
speak
or do
or answer
but admits me to fleeting union
with the Greater.
—Patrick Murfin
Posted by Patrick Murfin at 2:45 PM