For the Children—UNICEF Born in New York 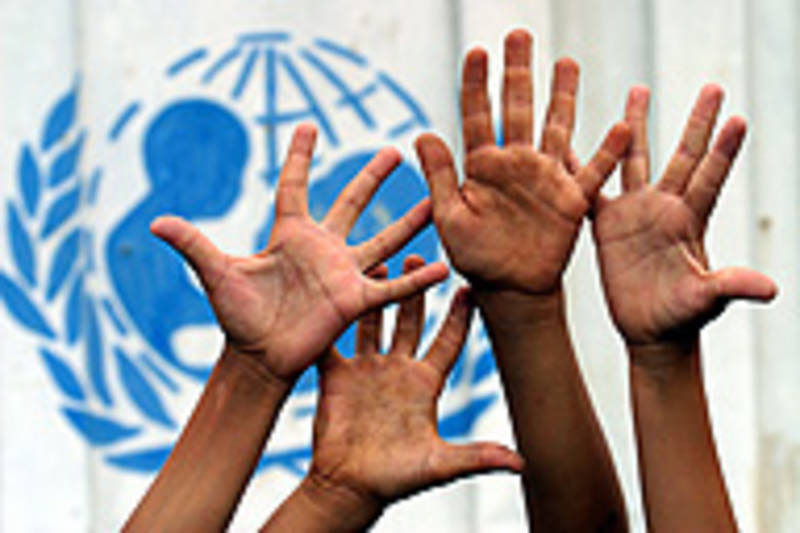 In 1946, more than a year after the end of World War II, much of Europe and then Orient were still in rubble;  millions were displaced persons, many of those now officially stateless; and those who endured in place amid the wreckage were wracked with bitter cold winters and outright starvation.  None suffered more than the children.  On December 11 of that year the United Nations General Assembly voted to create the United Nations International Children’s Emergency Fund (UNICEF) to provide emergency relief, especially in feeding programs and health care, for the children.
With funds voluntarily contributed by member nations in addition to their regular UN dues, and eventually money raised by private National Committees in advanced countries, UNICEF was widely lauded for its outstanding work.  By 1954 the need was winding down in the original target areas.  But it was obvious that there was great need for similar services around the world, particularly in the rapidly de-colonializing Third World.  That year it was made a permanent part of the United Nations system.  The name was changed to the United Nations Children’s Fund although it continues to use the well established brand UNICEF.  The agency became a part of the United Nations Development Group.
There are now 36 National Committees which privately raise more than a third of the agency’s operating expenses, an astonish 91% of which goes directly to aid in the field.  The U.S. Fund for UNICEF, founded in 1947, is the oldest of the National Committees and still the heaviest donor.  Since the 1950’s its annual Trick or Treat for UNICEF campaign has raised millions as well as awareness and support for the work of the organization.  That tradition has spread to Canada and other nations to which the Halloween tradition is spreading.
UNICEF was among the first organizations to employ celebrities to promote its work.  American comedian, actor, and singer Danny Kaye was the first, appointed as Ambassador-at-Large in 1954.  Later Audrey Hepburn, who was herself the victim of wartime starvation as a child and teenager in the occupied Netherlands, took up the role as did the multi-ethnic English actor, writer, director and raconteur Sir Peter Ustinov.  Today dozen of celebrities around the world dedicate their support to the organization and spend a great deal of time visiting UNICEF projects around the world.  Just a few of those currently active include Irish actor Liam Neeson, tennis star Serena Williams, Hong Kong super star Jackie Chan, Puerto Rican heart throb Ricky Martin, Greek singer Nana Mouskouri, English footballer David Beckham, Susan Sarandon, and actor Orlando Bloom.
In 1965 the organization’s  efforts earned it the Nobel Peace Prize and with the possible exception of the International Red Cross was the most widely known and respected Non-Governmental agency in the world.
Today it has administrative headquarters in New York and is governed by an Executive Board made up of government representatives elected by the United Nations Economic and Social Council, usually for three-years.
The UNIEF Supply Division is headquartered in Copenhagen, Denmark from which vast warehouses dispatch supplies around the world not only for UNICEF but for the Red Cross and Red Crescent societies as well.
The International Child Development Center, also known as the Innocenti Research Centre in Florence, Italy and founded in 1988 is tasked with improving international understanding of issues relating to children's rights, to promotion of economic policies that advance the cause of children, and to helping facilitate the full implementation of the United Nations Convention on the Rights of the Child.
This latter work, which critics consider overtly political has made UNICEF a lightning rod for criticism in recent years by governments stung by charges of negligence and abuse of children.  Even some admirers feel that this emphasis has made it more difficult to complete the core mission of reaching the children most endangered by malnutrition and illness as access to them is blocked by resentful regimes.
Led by the Vatican the Catholic Church worldwide has ended their once extensive participation in and cooperation with UNICEF because a tiny percentage of funds go to family planning and it alleges abortion services.  Some American Bishops have urged a boycott of private fundraising for like the Trick-or-Treat program.
But no issue has been thornier than the on-going Israeli-Palestinian conflict.  Criticism of Israel for treatment of children on the occupied West Bank and Gaza under the terms of the Convention on the Rights of the Child was denounced as echoing Arab propaganda by Israel and the United States.  When UNICEF recognized the Palestinian Authority as a non-voting member of its governing body, the United States threatened to withdraw all governmental donations to the agency, the bulk of its budget.  Unsurprisingly Republicans in Congress are making every effort to strip funding from the Budget.
But the Palestinians themselves are not happy.  Last year UNICEF was planning to employ some Israeli contractors in some major infrastructure re-building projects in Gaza, particularly de-salinization facilities.  They threatened a boycott of UNICF in protest.
Ironically several schools and other facilities in Gaza rebuilt with the help of the organization after the last Israeli incursion were once again destroyed by bombing in the last round of attacks on the territory.

Posted by Patrick Murfin at 3:46 AM