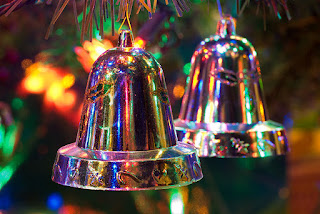 This morning is the highly anticipated annual Holiday Concert by the Adult Choir of then Unitarian Universalist Congregation in McHenry.  I hate to brag, but the twenty plus voices under the leadership of Thomas Steffens are indisputably the best church choir in McHenry County.  Tom selects challenging material, much of it with his own original arrangements, and the singers are up to the task.  And the selection is wide and deep covering traditional carols, secular songs, Jewish songs, stuff by the mysterious P.D.Q. Bach, and original material.
This year the theme is a Holiday Concert of Poetry and Song and poetry will be used to introduce the music.
I was flattered, and a little disconcerted, when Tom asked me to write two original pieces for the concert.  I don’t do poetry on demand very well.  I struggled for a few weeks and threw out some wretched crap.  Then one day, re-focusing on the music, the damn broke.

Below are the two short poems.  The first, The Dark and the Light sets the theme of the season and introduces the old Advent hymn, O, Come, O Come Emanuel.  The second, Drums and Bells Introduces John Lennons’s Happy Xmas (War is Over).

If you are in McHenry County you should stop by for the concert.  It is sure to be a highlight of the season.  The service/concert begins at 10:45 at the UU Congregation, 5603 Bull Valley Road in McHenry.  Come early, the sanctuary will fill up quickly.

The Dark and the Light

Listen!  There is silence in the wind
A dark moon rises.
We are waiting, waiting.
Waiting the poet said
for the Rebirth of Wonder,
for the fire on a distant hill
hailing the coming of the Light

No one told us that the Light
was not a distant star
or even the cracking dawn.

The Light must come from within us all.

Those are not the drums of toy soldiers
in scarlet coats and fine high hats,
the soldiers who never go to war
and parade to gay music in childish dreams.

Those are the drums of real but distant war
just far enough to almost forget,
the bass boom of the thudding bombs,
the frantic staccato of a flailed snare,
drums that shred and shatter
real children’s flesh.

Long ago as different drums rumbled
the old poet wrote—
I heard the bells on Christmas Day
Their old, familiar carols play,
and wild and sweet
The words repeat
Of peace on earth, good-will to men!

Can we find those Bells again?
Can we ring them un-bade by angels?
Can we lend them to John and declare with him
Happy Christmas, The War is Over
and mean it