Chanukah 101—A Tutorial for Goys 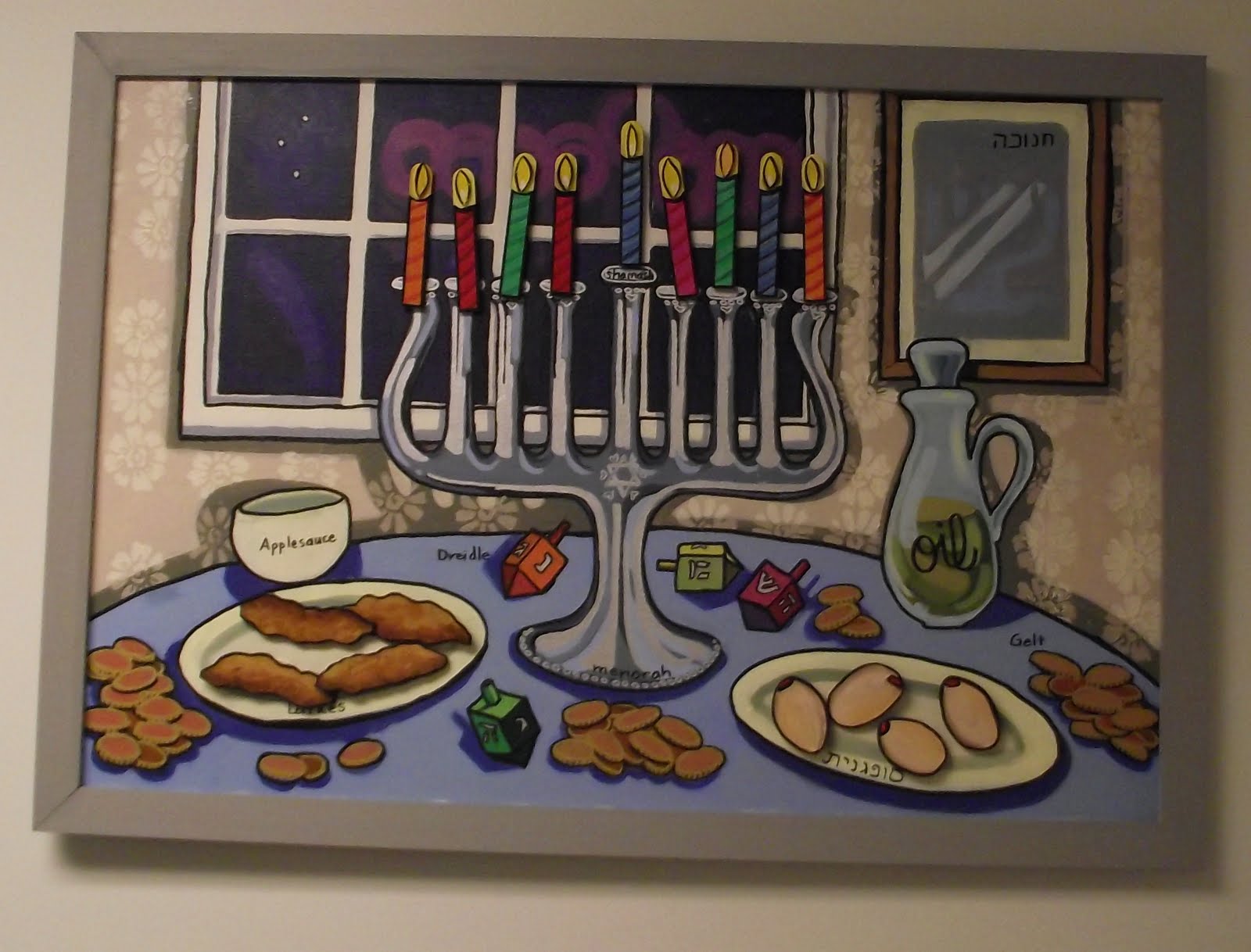 Tonight marks the First Night of Chanukah—25 Kislev in the year 5775 in the Hebrew Calendar. The festival will run for eight nights until December 24 or 2 Tevet.  This year the first night falls in mid December  and before the Winter Solstice.  It’s end coincides with Christmas Eve. But don’t look for it on these exact dates again anytime soon.  Because the Hebrew Calendar is Lunar, the dates “float” in relationship to the Gregorian Calendar anywhere from late November to late December.

Some Christians think of Chanukah as the Jewish Christmas because it occurs around the same time of year and involves gift giving.  Hell, a lot of Jews do too. This post is to clear up any confusion about this.  Jews who have been at all attentive will find nothing new in the explanation of the festival and its customs.  This one is for my fellow goyim.

Between 175-163 BC Judea was under the sway of the Greco-Syrian Seleucid Empire ruled by Antiochus IV Epiphanes.  In Jerusalem and elsewhere there was split between a cosmopolitan elite of Hellenized Jews and traditionalists who hewed to the Law of Moses and the traditions of ritual purity set forth in their scriptures.  Antiochus, naturally supported the Hellenizers and replaced the “righteous” High Priest of the Temple, Yochanan, with his brother who adopted the Hellenized name Jason.  Then Jason was deposed in favor a still more compliant Priest, Menelaus.  With the king away making war against the Ptolemy Dynasty in Egypt, the traditionalists rose up, expelled the Hellenizers in what was essentially a Jewish civil war.
In Egypt Antiochus responded to appeals for support from his supporters by sending an army against Jerusalem.  Accounts in the First book of Maccabees say the Seleucid army fell upon the city and indiscriminately slew up to 80,000 sparing not infants, virgins, or sages.  The king ultimately essentially banned the practice of traditional Judaism, including keeping the Sabbath, observing dietary laws, and making required ritual sacrifice at the Temple.  He even erected an altar to Zeus in the Temple, profaning it, and ordered the people to worship it.  Resisters were hunted down and killed.  The army fanned out into the countryside and erected an altar in every village.
In the village of Modin an elderly priest, Mattityahu slew a Hellenizer who attempted to worship at a pagan altar and his sons rose up and killed the Syrian officer in charge.  They took to the hills where others joined them in a guerilla style rebellion.  Eventually military leadership for the spreading rebellion fell to Judah the Strong and his brothers who were called the Maccabees meaning Who is Like You, O God.
For some years the Maccabees waged war, gathering to them the people repressed by the Seleucids.  They defeated host after host until they finally beat an army of 40,000 men under the commanders Nicanor and Gorgiash. 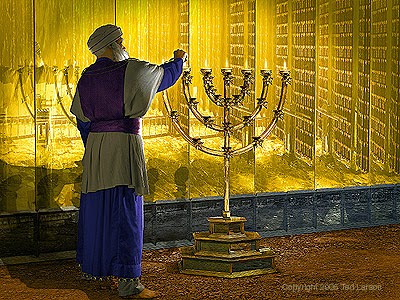 Entering Jerusalem, Judah and his brothers cleared the Temple of the profane altars and performed ritual cleansing to make it satisfactory to the Lord for the resumption rituals.  They found that the traditional seven-branched golden candelabrum called the Menorah had been looted from the Temple along with the rest of its treasure.  They constructed a new Menorah from less expensive metal but found only enough ritually purified olive oil to keep the fires of the lamp burning for one day.  Miraculously, the fire burned for eight days, long enough to purify more oil.  In commemoration of the miracle Jewish sages decreed an annual festival of thanksgiving in which lights would be ignited for eight nights in remembrance.
Details of the celebration evolved over time.  The Chanukah Menorah, later called chanukkiyah in Hebrew, differs from the Menorah of the Temple.  It has eight branches of equal height and a ninth shamash or worker candle set higher than the rest and used to light the others.  There was early dispute about whether it was proper to light all of the candles on the first night of the festival and one less each night or one candle the first night and an additional one until all eight blaze on the final night.  That dispute was won by the great Rabbi Hillel who sided with those adding a candle each night.
Chanukah is a home ritual.  The fire is to be re-kindled in each Jewish home, and in some traditions a separate Menorah is used for each member of the family.  In addition to the ritual lighting there are traditional prayers and readings from scripture.  Chanukah is also one of the few rituals in which even Orthodox women are allowed to participate because “women, too, were part of the miracle.”
Because it is not described in the Torah or prescribed in ancient Law like Passover, Yom Kippur, and Rosh Hashanah, Chanukah is officially considered a minor Jewish holiday.  But its cultural importance is far greater even than its religious significance.  Because of the many persecutions of Jews through the centuries and because the ritual could safely be performed in the privacy of the home and away from prying eyes, Chanukah became a celebration of hope for deliverance against oppression as the Maccabees delivered the Temple from the defilers.  Stories about observances even in Nazi extermination camps have added special significance to the holiday for many.

Outside of the religious ritual, many cultural celebrations have been attached to the holiday.  Those we see most commonly in the United States derive mostly from the Ashkenazi traditions of Eastern Europe.  First is the singing of the hymn Ma'oz Tzur, six stanzas which praise God for his protection and which account the persecutions for the Jews from the time of the Babylonian captivity.  Other songs and Psalms and songs are sung depending on various traditions.  Traditionally children were given small bags of gelt—toy coins or chocolate coins wrapped in golden foil. In much of the West, and now more frequently in Israel, small presents are also given children each night.
Children often use their gelt to play a gambling game with a traditional toy top—a dreidel, imprinted on each of its four sides with a Hebrew letter. These letters are an acronym for the Hebrew Nes Gadol Haya Sham—“a great miracle happened there.”
The holiday is also celebrated with special foods.  Because oil is central to the story, foods fried in oil are traditional, most notably latkes—potato pancakes—and sufganiot—deep fried doughnuts.  Some traditions also eat cheese in commemoration of Judith, a pious widow who saved her village by plying  Holofernes, an Assyrian general with cheese and wine and then cutting off his head.  This older story is associated in some branches of Judaism with Chanukah because Judith is believed to have been the aunt or great aunt of Judah Maccabee.

Posted by Patrick Murfin at 5:40 AM