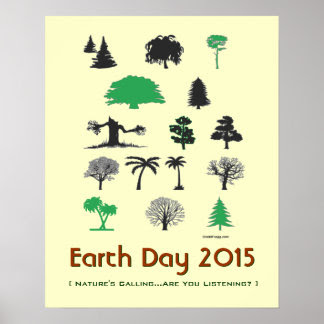 Today is Earth Day.  It seemed like a very big deal when it was introduced in 1970 when the Environmental Movement as we know it was still in its relative infancy having grown out the earlier Conservation Movement that emphasized the husbanding of natural resources for human use.  It seems in those early years when hundreds of thousands responded to calls to march or participate in some way that real change was possible.
And, of course, much was accomplished—the EPA and increased regulation of pollution, the hands-on movement to re-cycle and re-use, the on-going involvement of children which critics charge has become a virtual secular religion.  But despite it all, the Planet is in more desperate shape today than it was then.  The Cassandra warnings about climate change have come true in spades, faster than anyone really expected.  Yet resistance to real change to address the root causes has never been fiercer—or more successful—as it is fueled by billionaire exploiters and exploited by rabid right wing movements.  If liberals love the Planet, conservatives MUST attack it wrapping themselves in an ideology of unfettered capitalism on one hand and apocalyptic Evangelical claims that the End of Days is a hand so humans can and should squeeze every ounce of value from the Earth that will be thrown away anyway on the other.
Meanwhile the Earth Day celebration has been tamed, made nice, worth all of five minutes mention on the Nightly News and some grade school art projects.  We are told that “we must not make it political, because everyone loves the Earth”—a lie on the face of it.
Ecopoetry is a broad movement in response to that too easy complacency and the cooption of environmentalism into a marketing tool even by the most evil planet raping corporations.  It grew from an instinctive reaction of poets around the world, whose sensitivity to the world in which they live make them the perfect canaries in the coal mine and is now a more or less concerted literary and political—in its broadest and most significant meaning—undertaking.  It even has its organizations, publications, and web sites.
One of the most important of these is eco-poetry.org which defines its mission “to inspire action to save the habitable Earth for the future of life and art including poetry. There is no planet B.”  Here are some of the poets found on their site.  Plus a final interloper.

The ecopoets acknowledge forerunner of world class significance including Americans Emily Dickinson, Walt Whitman, Langston Hughes, and Wendell Berry plus world wordsmiths Rumi, Pablo Neruda, and Ernesto Cardinal.  It should come as no surprise that the great Beat rebel Allen Ginsberg is among them.  In fact almost no poet since has summed up with greater passion the outrage of what is being done to our Planet and only home.  Take this stunning excerpt from one of his most famous poems:
from Howl
….Moloch whose love is endless oil and stone! Moloch whose soul is electricity and
banks! Moloch whose poverty is the specter of genius! Moloch whose fate is a
cloud of sexless hydrogen! ….

Moloch who frightened me out of my natural ecstasy! Moloch whom I abandon!
Wake up in Moloch! Light streaming out of the sky!....

They broke their backs lifting Moloch to Heaven! Pavements, trees, radios, tons!
lifting the city to Heaven which exists and is everywhere about us!

Breakthroughs! over the river! flips and crucifixions! gone down the flood!...

An elder and godfather to the movement is Robert Bly born in 1928 and still active.  He is best known as the founder of the sometimes controversial spiritual mythopoetic men’s movement which tried to re-connect masculinity with nature and re-balance the male role in balance with the sacred feminine.  Bly, through his publications, seminars, and tribal gatherings has nurtured new generations of ecopoets.
Call and Answer
Tell me why it is we don’t lift our voices these days
And cry over what is happening. Have you noticed
The plans are made for Iraq and the ice cap is melting?

I say to myself: “Go on, cry. What’s the sense
Of being an adult and having no voice? Cry out!
See who will answer! This is Call and Answer!”

We will have to call especially loud to reach
Our angels, who are hard of hearing; they are hiding
In the jugs of silence filled during our wars.

Have we agreed to so many wars that we can’t
Escape from silence? If we don’t lift our voices, we allow
Others (who are ourselves) to rob the house.

How come we’ve listened to the great criers—Neruda,
​Akhmatova, Thoreau, Frederick Douglass—and now
We’re silent as sparrows in the little bushes?
​
Some masters say our life lasts only seven days.
Where are we in the week? Is it Thursday yet?
Hurry, cry now! Soon Sunday night will come,

Juanita Torrence-Thompson is a Massachusetts born poet and editor who has flown just under wide public readership despite seven collections of poetry, including her latest  Talking With Stanley Kunitz and numerous awards and  honors in the poetry community.  She is the influential editor and publisher  of Möbius, The Poetry Magazine  which has published many of the leading poets of this generation.  Her poetry and prose has appeared in 12 anthologies and dozens of magazines around and has been featured at hundreds of readings in the U.S., South Africa, Singapore, Switzerland, and Canada. She is a former adjunct Professor at the College of New Rochelle.   In this poem she looks at one beloved place, its transformation by unthinking privileged sprawl through the eyes of a long time resident.

No one fishes now
Few swim or go boating
Hunting is dead
Snowboarders wait for snow
But there is only
rain,
rain,
rain

At a nearby restaurant,
A local drinks her coffee with city water
which tastes like chlorinated coffee

She runs home to her pristine well
And makes decent coffee

Then sits on her front porch
Admiring her tall oak tree
Purple pansies, pink hibiscus
And a scampering raccoon
Camped on her conservation land 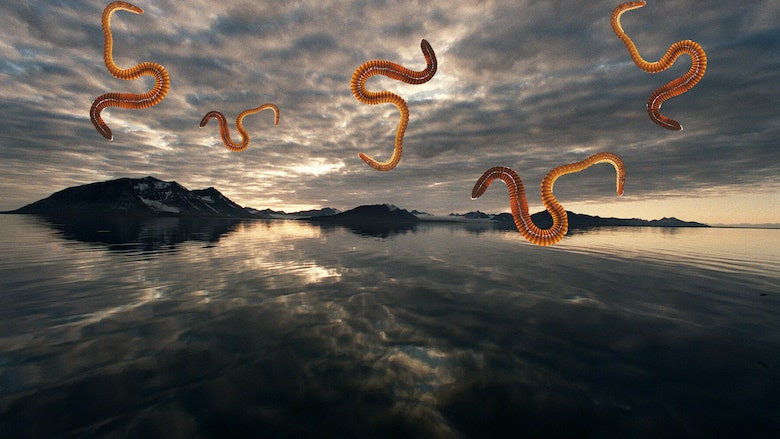 Now for the interloper, one of the most justifiably obscure poets in North America and proprietor of a penny ante blog.
Raining Earthworms
Bergen, Norway, April 18, 2015 (UPI)

A skier in the snow fields above Bergen
found earthworms lying atop
meter and a half snow pack.
When he scooped them into his curious hands
they began wriggling on the warmth
of his flesh.

Ah, but the sages of science wave their hands
and declare no mystery here!
The worms were flushed to the surface somewhere
by heavy rains—
you know the kinds,
like those that leave them writhing
on your sidewalk after that
June gullywasher—
and swept high
up, up, up,
to where the jet streams wail
by some odd updraft or
tornadic winds.
Who knows how far they were pushed
in that icy gale
sleeping as they would in the
frozen earth of a long winter.
We’ve seen this kind of thing before
raining fish in Singapore and India,
frogs in Hungary,
and crawdads in Arkansas, wasn’t it.
Don’t be alarmed,
nothing to see here.
move along.

I say they were the delayed and misdirected
eleventh plague of Egypt.

Or maybe not misdirected at all…