The other day at home I noticed that my wife Kathy, a seriously spiritual Catholic and Religious Education Director at a large suburban parish, had left an open copy of a magazine on our futon/couch in the living room.  It was America, a quality independent and liberal Catholic journal.  The headline on the open page read Merton (Still) Matters: How the Trappist monk and author speaks to millennials.  I was struck by that because it was so obviously true.  The mystic and monk who was born 100 years ago, converted from a sophisticated intellectual skepticism, absorbed Zen and Hindu meditative practices, at the age of 33 wrote the most influential spiritual autobiography of the 20th Century, The Seven Story Mountain, and was pacifist and social justice activist indeed fits the eclectic spiritual yearnings of that generation to a T.
The Millennials, born roughly between 1980 and the early 2000s this year surpassed us long dominant Baby Boomers as the largest living generation in the United States.  Moreover, research has shown major breaks in attitude about a wide range of things from the generations that have preceded them.  That makes them mysterious, exotic, and a tad frightening to their elders who are often not comfortable with change.  Yet they are not rebellious in the way we Boomer notoriously were in our youth.  They raise no flags of revolution, and often seem aloof from political engagement because they do not believe they have any power to substantially change what they recognize as a corrupt and deranged system.  They try to carve out lives within that, but press boundaries where they can.  Research shows that they have absorbed environmentalism with mother’s milk, are small l libertarian on matters of individual freedom—they overwhelmingly embrace marriage equality, gay rights, and oppose draconian drug laws.  On the other hand, they tend to communitarian on economic justice, favoring things like universal health care, a strong safety net and are against corporate domination.  Millennials are more open to other races and cultures and are far more likely than their predecessors to have personal friendships and romantic relations across racial barriers.
By the way, these are all generalities and do not necessarily reflect many individuals within the cohort who, of course, are as different and varied as snowflakes in a blizzard.  But however unique the crystals, the drifts pile up just as high.
They are most notoriously wedded to their electronics, to elder eyes incapable of raising their eyes from the smart phones and tablets.  Boomers fear that they have lost person-to-person live connection.  They feel that they are parts of multiple vital and alive on-line communities connected to the world through social media.  They feel the world, the universe even, is instantly available to them at all times and that everything the need to know or want to learn is simple search away.
Millennials are supposedly not interested in religion in a big way.  They flee the religions in which they were raised.  According to those prying experts at the Pew Forum on Religion and Public Life, they are bored with traditional church and find little relevance in it.  They see it as too often bigoted and divisive, more often the agency of strife and war than the balm of a wounded world.  They have little use for dogmas that make no sense to them.  Yet they are still spiritual seekers, defined tritely as spiritual but not religious.  They care little for what God is called, or even if he/she/it exists, but feel some kind of cosmic, universal connection.  Every faith group in America, their pews emptying by attrition, yearns to find a way to reach them and bring them back into the fold.  Most do not have a clue how to do it.
My Unitarian Universalists look at them and see our values and attitudes reflected.  The generation of Nones should be ours for the taking.  But the stubborn young people seem no more ready for our welcoming fellowships than for any other established and organized religion.

In Merton, although dead since 1968, at least, they can find someone sincere and open to wider possibilities.  They can embrace meditation, digest a Christianity that transcends institutions, and even embrace discipline.
O Sweet Irrational Worship
Wind and a bobwhite
And the afternoon sun.

By ceasing to question the sun
I have become light,

All these lighted things
Grow from my heart.

A tall, spare pine
Stands like the initial of my first
Name when I had one.

When I had a spirit,
When I was on fire
When this valley was
Made out of fresh air
You spoke my name
In naming Your silence:
O sweet, irrational worship!

My heart's love
Bursts with hay and flowers.
I am a lake of blue air
In which my own appointed place
Field and valley
Stand reflected.

Out of my grass heart
Rises the bobwhite.

Out of my nameless weeds
His foolish worship.
—Thomas Merton

But the Millennials are a diverse lot and not even Merton will be everyone’s cup of tea.  Some are too badly wounded by Christianity to come near a whiff of its incense.  Many turn to Eastern practices, particularly a Buddhism that does not seem idolatrous.  For these the Vietnamese monk Thich Nhat Hanh  may be the voice they long for.

Call Me By My True Names


Do not say that I’ll depart tomorrow
because even today I still arrive.
Look deeply: I arrive in every second
to be a bud on a spring branch,
to be a tiny bird, with wings still fragile,
learning to sing in my new nest,
to be a caterpillar in the heart of a flower,
to be a jewel hiding itself in a stone.
I still arrive, in order to laugh and to cry,
in order to fear and to hope.
The rhythm of my heart is the birth and
death of all that are alive.
I am the mayfly metamorphosing on the surface of the river,
and I am the bird which, when spring comes, arrives in time
to eat the mayfly.
I am the frog swimming happily in the clear pond,
and I am also the grass-snake who, approaching in silence,
feeds itself on the frog.
I am the child in Uganda, all skin and bones,
my legs as thin as bamboo sticks,
and I am the arms merchant, selling deadly weapons to Uganda.
I am the twelve-year-old girl, refugee on a small boat,
who throws herself into the ocean after being raped by a sea pirate,
and I am the pirate, my heart not yet capable of seeing and loving.
I am a member of the politburo, with plenty of power in my hands,
and I am the man who has to pay his “debt of blood” t0o, my people,
dying slowly in a forced labor camp.
My joy is like spring, so warm it makes flowers bloom in all walks of life.
My pain if like a river of tears, so full it fills the four oceans.
Please call me by my true names,
so I can hear all my cries and laughs at once,
so I can see that my joy and pain are one.
Please call me by my true names,
so I can wake up,
and so the door of my heart can be left open, the door of compassion. 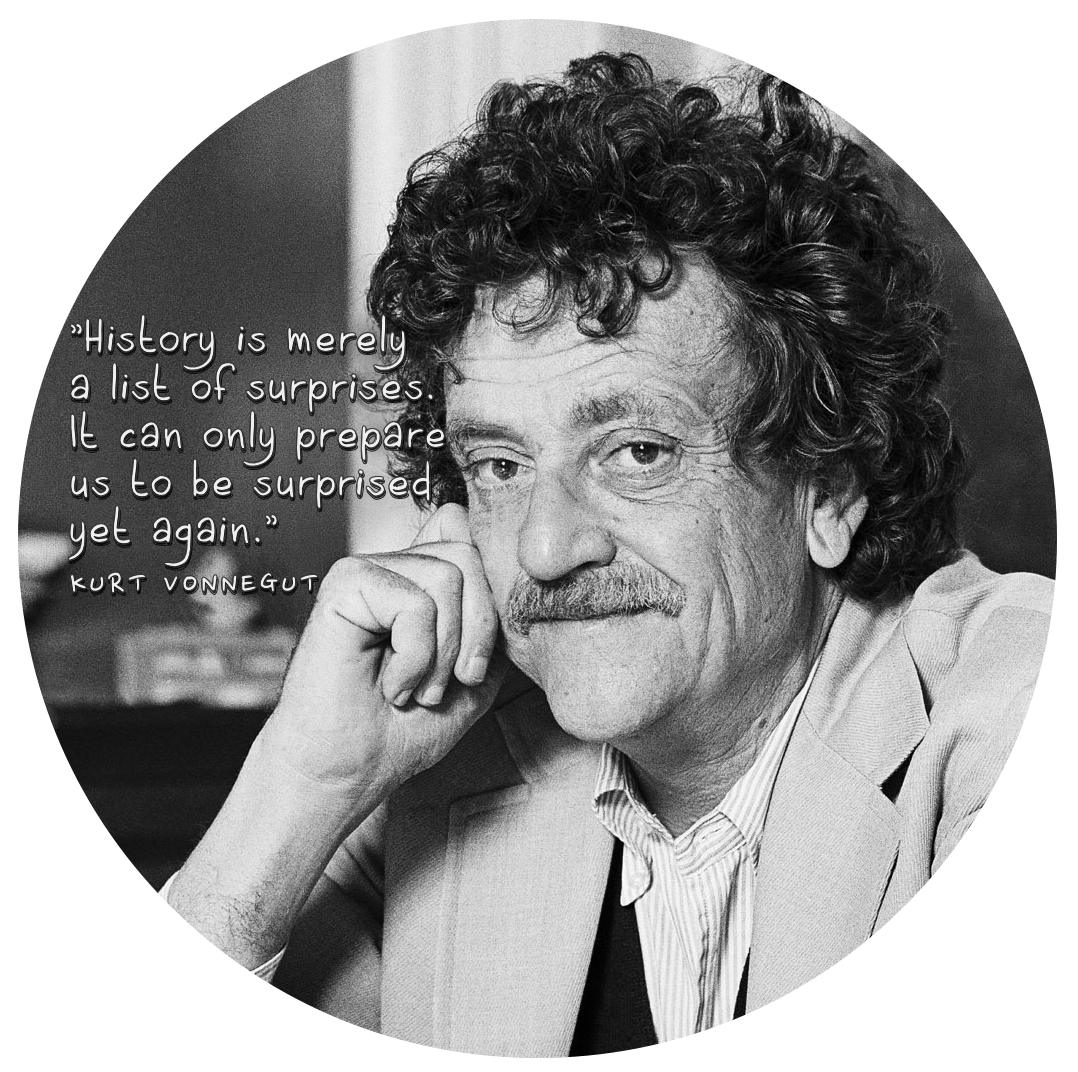 In previous generations those who harbored these kinds of doubts and reservations about organized religion—we called them Free Thinkers and Humanists—were often drawn to atheism.  And the Millennials come of age when just as the New Atheists—mostly Boomers and Gen Xers—are making a lot of noise and attracting attention.  Some, of course, will, join in the crusade that not only refutes God, but makes war upon myth and mocks believers.   But most find the New Atheists bitter, overzealous, and the flip side of the coin to fundamentalists refusing any dialogue or giving any quarter in a religious war.
The Nones of this generation are less cocksure and more respectful of a variety of opinion and expression, universalists with a small u.  They favor a kinder, gentler humanism that leaves rooms for wonder and awe—think Carl Sagan and the current rock star Neil deGrasse Tyson.  They also look to a humanism with a giving heart and warm concern for humanity.
Just who might be the poet for these folks?  If they haven’t discovered him on their own, I might point out Kurt Vonnegut, Jr.


Untitled
From a Letter to Knox Burger, 1961

Two little good girls
Watchful and wise —
Clever little hands
And big kind eyes —
Look for signs that the world is good,
Comport themselves as good folk should.
They wonder at a father
Who is sad and funny strong,
And they wonder at a mother
Like a childhood song.
And what, and what
Do the two think of?
Of the sun
And the moon
And the earth
And love.

—Kurt Vonnegut, Jr.
And so it goes.