Tonight is the first night of Passover, which celebrates that ancient and foundational tale of the Jewish people as related in the stark and brutal poetry of Exodus.  It is the holy day of the Diaspora.  Oh, surely the events were commemorated in some way when theirs was a religion of the Temple with its priests, altar, and sacrifices.  But when the Temple was destroyed, the priests killed or scattered and the People doomed to wander in a hostile world, the People had to take their faith with them, rolled up in household rugs and maintained behind closed doors away from hostile eyes.
And so the Passover Seder is a home ritual requiring no priests in which the traditions of the People are transmitted in the oldest way—by a kind of storytelling.  As it developed over centuries, it became a lesson a child asking and a family patriarch answering.
By retelling the tale of a people in bondage who, with the aid of their great God, left slavery behind them and after many trials, found that Promised Land of milk and honey, Jews gave themselves hope.  This had helped them endure through countless persecutions in every land.  During and after the greatest and most awful of all the persecutions, the Holocaust, the ritual of the Seder took on even greater, more urgent meaning.  After all did not always end with the promise Next year in Jerusalem?
So Passover became the special inspiration of those otherwise worldly Zionists, those Ashkenazi socialists and idealists.
But the story also is one of liberation and has inspired many struggles for freedom, especially Blacks in bondage of their own and under the yoke of tyranny when actual shackles were replaced by those of law and custom.  The Haggadah, the ritual book from which the Seder service is read, had been recast many times to reflect many struggles.
Today we will take for different views of Passover, two by Jews, and one by a very presumptuous Goy.

Israel Zangwill was born in London’s impoverished East End in 1864 to Jewish immigrants from Latvia and Poland.  He attended and excelled at the Jews’ Free School and managed to gain admittance to the University of London where he won honors in French, English, and mental and moral science.  He achieved recognition as a writer while still in school with the 1881 publication of a prize-winning short story, Professor Grimmer.  His first book, Motza Kleis, was published anonymously the next year.  That story was later adapted into Zangwill’s breakthrough novel of the Jewish emigrant experience in London, Children of the Ghetto published in 1892.  It was one of the first literary works to incorporate dialect and Yiddish.  He went on to a successful career as a short story writer, novelist, playwright, poet, and critic in both Jewish and general literary journals.  He sometimes published under the nom de plumes J. Freeman Bell and Marshallik.
Around the turn of the 20th Century Zangwill became involved in the growing Zionist movement and quickly became one of its leading advocates in Britain.  He founded the Jewish Territorial Association (JTA) and became especially interested in finding immediate homes for Eastern European Jews being displaced by rounds of vicious pogroms.  This put him at odds with Zionist leaders who wanted to concentrate of establishing a permanent homeland.  He was a prime mover of the Galveston Plan which funneled 10,000 refugee Jews through the Texas port city between 1907 and 1911.
Eventually Zangwill had a political falling out with Zionist leaders.  He died a controversial figure in 1926.  But he remains an important figure in Western Jewish literature.  He celebrated those Jews he helped settle in Texas with this Passover poem.
Seder-Night

Prosaic miles of streets stretch all round,
Astir with restless, hurried life and spanned
By arches that with thund’rous trains resound,
And throbbing wires that galvanize the land;
Gin-palaces in tawdry splendor stand;
The newsboys shriek of mangled bodies found;
The last burlesque is playing in the Strand—
In modern prose all poetry seems drowned.
Yet in ten thousand homes this April night
An ancient People celebrates its birth
To Freedom, with a reverential mirth,
With customs quaint and many a hoary rite,
Waiting until, its tarnished glories bright,
Its God shall be the God of all the earth.

Marge Piercy was born in gritty Detroit in 1936 to a working class Jewish family struggling to stay afloat in Depression Era America.  She was a lackluster student, mostly due to mind numbingly rote learning in crowded classrooms, she did not blossom intellectually until a bout of rheumatic fever made her bed  ridden for weeks during which time she had nothing to do but read.  She became the first member of her family to attend college when she won a scholarship to the University of Michigan.
She went on to graduate school at Northwestern University in the early ‘60’s where in addition to her writing, she became an activist with Students for a Democratic Society (SDS), Chicago area Civil Rights struggles, and particularly the growing Anti-Vietnam War  effort which further radicalized her.  She was among those who embraced the transition from more traditional Feminism to militant Women’s Liberation.  By the end of the decade she was also becoming involved dawning ecological movement.
As she grew as a writer Piercy touched on all of these issues in her dual career as a prolific poet and novelist.  Prolific just begins to describe her output, evenly divided by 17 volumes of poetry and 17 novels plus a memoir, essay collection, a play co-authored with her third husband Ira Wood, and So You Want to Write: How to Master the Craft of Writing Fiction and Memoir also with her husband.
She broke out as a poet in 1968 with her book Breaking Camp in which she defiantly declared, “I belong to nothing but my work carried like a prayer rug on my back.”  Her poetry remains intensely personal often focused on the deceptively routine of women’s lives.  It can be angry.  It can also be inspiring.  The Moon is Always Female, published in 1989, is a revered classic of Feminist literature.
Her later work incorporated Jewish themes, the cycle of the Jewish year and its ritual observances, and the notion idea of tikkun olam, the repair of the world.  She has served as poetry editor for the radical Jewish Tikkun Magazine.
Piercy’s personal life was intense and unstable.  After two failed marriages she married Ira Wood, a fellow writer with whom she has now had a long and fruitful personal and professional partnership.  Since 1971 she has lived in Wellfleet, Massachusetts on Cape Cod with Ira and her beloved cats.

The Seder’s Order
The songs we join in
are beeswax candles
burning with no smoke
a clean fire licking at the evening
our voices small flames quivering.
The songs string us like beads
on the hour. The ritual is
its own melody that leads us
where we have gone before
and hope to go again, the comfort
of year after year. Order:
we must touch each base
of the haggadah as we pass,
blessing, handwashing,
dipping this and that. Voices
half harmonize on the brukhahs.
Dear faces like a multitude
of moons hang over the table
and the truest brief blessing:
affection and peace that we make.

—Marge Piercy,
The Seder’s Order from The Crooked Inheritance. Copyright © 2006 by Marge Piercy. 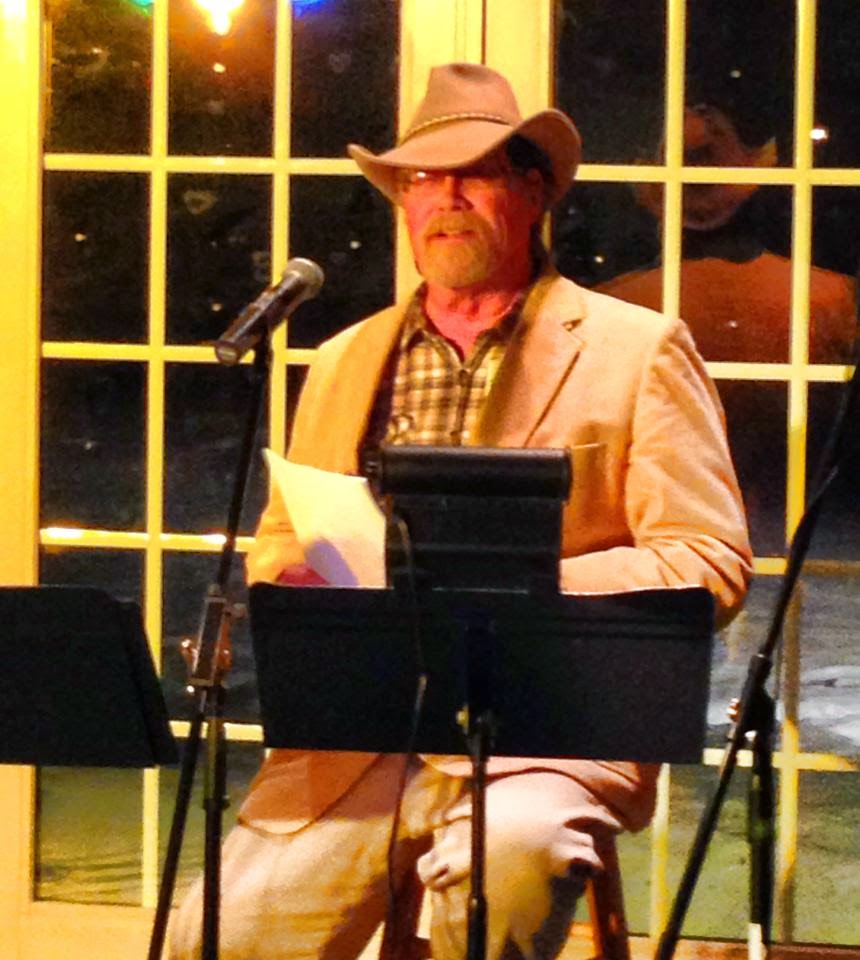 Now for the Goy, who you may recognize as the proprietor of this pop stand.
This poem was written and posted last year for Passover, which coincided with a rare Blood Moon when because of atmospheric conditions too complicated for me to explain even if I understood them, the disk of the full Moon turns red in the umbra of Earth.   For astronomical reasons involving orbits within orbits even more complicated, there have been four of these rare occurrences in the last two years.  In the wee small hours of Saturday morning, again coinciding with Pesach, there will be another Blood Moon, the second year in a row.  I assure you that this will not occur again until your most distant decedents are atoms.  Thus, for the second and last time, this poem is completely apropos to the occasion.
Traditionally, lunar eclipses were viewed as omens and portends by ancient cultures.  Blood Moons were, as the name implies, considered harbingers of catastrophe and death.
The way the tale of Passover is told by Jews in the Seder is, as noted above, a celebration of liberation and freedom not just of their ancient ancestors, but of all people everywhere.  American slaves took heart from the same story and sang about their quest for freedom in the same light.   It is an inspiring, up lifting story.
But it has always had a dark side, almost forgotten, glossed over, or muttered under the breath—the fate of all of those Egyptian children.  It is easy to do, especially if you envision only the sons of Pharaoh and his court—a just punishment for a king who had ordered the slaughter of Jewish babes when he got wind of a rumor that a liberator would be born among them.  But death was visited not just on the elite, but upon all Egypt and families of every class and caste.  And that sounds, to modern ears, a bit harsh.
At Seder meals Jews acknowledge this in singing of Dayenu:
Verse 3:
If He had destroyed their idols,
and had not smitten their first-born
— Dayenu, it would have sufficed!
Verse 4:
If He had smitten their first-born,
and had not given us their wealth
— Dayenu, it would have sufficed!
All of this got me wondering…do the lives of one set of innocents have to be the price for the freedom and safety of another people?  Are the babes and children of Dresden, Hiroshima, or some dusty village on the Afghan frontier God’s just collateral damage for our noble freedom?  Do Palestinian dead buy just safety for a people nearly exterminated by others?
Uncomfortable questions, and undoubtedly ones some would wish un-asked.
Buckle up.  I am about to commit sacrilege.

Was there a Blood Moon
that terrible night
long, long ago?

Khonsu, Disk of the Moon
was eaten,
turning the color
of old blood.
The wails of the women
leapt from house to house,
hovel to tent,
it is said even to
the palaces themselves.
The curses of the men
bearing the limp bodies
of their sons
into the dark air
damning the Moon
the Jews,
Pharaoh himself.

What quarrel between bondsmen,
the mighty and their Priests
belongs to them, not us.

We are the farmers,
fishers of the River
and the seas,
the shepherds, the weavers,
the folk who cast pots,
the brewers of beer,
the molders of simple brick
from mud and dung,
the house slaves
and wet nurses,
the prostitutes…

What care we for those palaces,
those temples,
those monuments,
those damnable tombs,
or the slaves who build them!

No Jews dug our wells,
laid course of simple brick
for our homes,
piled a single stone on stone
on our graves
to save our dead
from the jackals.

Yet they called down on us
the frogs,
spoiled our grain
with locust,
stoned our kids and lambs
to death by hail,
our flesh that erupted
in festering boils.

And now our very sons!

What harm did they do you,
you Jews?

If your  damn God
is so powerful
why did you not call him
to just wipe out Pharaoh,
the Priests,
the Generals in their chariots,
and all their minions
who have had their sandals
on our necks
since time began?

Such a God would be
worth worshiping!
Your freedom—and ours—
would be one!

Posted by Patrick Murfin at 3:31 AM