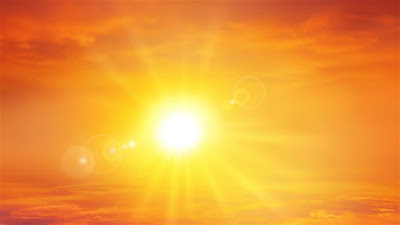 Note--When Nature conspires to make you look like an idiot.  Today in these parts the high temps evidently won't break 70 as a Canadian air mass settles down for a spell over the upper Mid-West.  We aren't expected to see even the low 80's until late next week.  But too late to yank this post and replace it with anything else.  Maybe folks on the West Coast who do have a stifling heat wave, troops in Iraq, or readers in Calcutta will appreciate it....


So far August hasn’t been too bad in the northwest boonies of your greater Chicago metroplex.  After an excessively rain soaked July and relentless flooding along the Fox and Des Plaines Rivers, the new month has dried out so far with sunny skies and not oppressive heat.  Some passing scattered thunderstorms are in the forecast over the next few days but catastrophic gully washers do not seem in the offing or an Amazonian steam bath.  I am told that even the McHenry County Fair which is underway will not be a brutal punishment this year for a change.
So why am I not sanguine about all of this damn summer pleasantness?  Because I know it can’t last.  Sooner or later August will come roaring back like a blast furnace and sap my will to live.  I am an old man now and I seen too many Illinois Augusts not to know It’s coming! 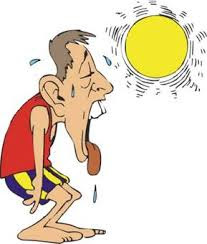 Back in 2011, a year when the Mc Henry County was nearly leveled by a derecho—a so-called land hurricane—followed by over a week of days in the upper 90’s, saturating humidity, and power outages, I wrote and posted my anti-paean to this month.  I preemptively offer it again.  It will be appropriate again soon enough.

Nobody Writes Poetry About August

Oh sure, gush about your May mornings,
your dazzling June, even your soggy April.
Haul out your Roget’s for September ripening grain,
October umber and amber, November crisp air.
Let crystal December dazzle your eyes,
and wallow in some January bleak mid-winter.
Maybe if it weren’t for lovers February, short and wretched,
might fare worse—who can rhyme it anyway?

But who writes paeans and odes to August?

Long days have lost their charm amid the swelter,
birds gasp on telephone wires,
stray cats dance on asphalt,
sweating lovers can’t be bothered,
children crank and whine,
strangers snap like match sticks
and fill each other full of holes,
the fucking lawn needs mowing—again.

Write about that, you damn poets.
Go ahead—I dare you.

—Patrick   Murfin
Posted by Patrick Murfin at 2:00 AM