Note—This blog began an unplanned hiatus for a week and is resuming today.  My apologies for the interruption.  My announced second post ruminating on the distressing events in Charlottesville required significant research and I struggled with my evolving interpretations and views.  I want to get it exactly right so I concentrated on that work and did not attempt to fill days with reprises of old posts, which still can require hours of re-editing and time spent selecting and captioning illustration.  Then late last week I thought that I had lost pages of work in sending a draft by e-mail from my work computer home.  I was finally able to find that and resume work.  I did get this entry together, which is obviously very tied to today’s event.  That long delayed essay on Charlottesville will run tomorrow, I promise.
The U.S. seems to be in the grips of Solar Eclipse mania, and has been all summer.  The media has been abuzz with articles showing the path, describing the best viewing points, telling how to safely view the phenomena, and explanations of the astronomical particulars.
It is not that solar eclipses which occur when from a viewpoint on Earth the Moon seems to pass in front of the Sun briefly covering it are rare events.  Partial eclipses occur somewhere in the world a half dozen or so time a year and total eclipses once or twice.  But because the orbits of the Earth around the Sun and the Moon around the Earth they are seen rarely in the life of any individual who does not travel just to observe them.  An octogenarian might get a chance to see two in his or her life.
The eclipse that is causing all the excitement will be visible in its totality over a much longer path in the United States than has been the case for many decades.  A swath about 70 miles wide will be darkened bisecting the Continental United States from near Portland, Oregon to Columbia South, Carolina today.  That will put it over a huge chunk of the population and within a reasonable driving distance of many more.  The entire rest of the Lower 48 states will be able to witness a partial eclipse, the sun obscured in diminishing percentage the further from the center-line of the total eclipse path.

Those who can view the Totality under clear skies will experience a dramatic event that almost never fails to be awe inspiring.  The Moon will seem to create a crescent bite out of the Sun when viewed safely through special safety lenses to protect the eyes from damage.  Over the course of several minutes the bite will grow.  At first the sun will not seem dimmed.  Even when it is mostly hidden it emits enough light to illuminate the earth.  And then, seemingly quite suddenly, the disk of the Moon will totally cover the sun.  A sudden darkness will drop like a curtain. A golden ring—the corona of the Sun—will surround the black Moon.  A little more than two and a half minutes later, depending on where the observer stands, just as suddenly a corner of the Sun will emerge with what seems like a blinding light and the darkness upon the earth will disappear in the snap of a finger.

Much of the reporting has gone to explaining the physical details of the motions of the three orbs involved—Sun, Moon, and Earth.  Science, we are assured, knows exactly what is going on which is why this eclipse and other events thousands of years into the future can be precisely predicted as to location on Earth and time to the nanosecond.

That extremely wise man, Mark Twain, once wrote a book called A Connecticut in King Arthur’s Court.  Today we would call it science fiction, but no one had invented the term or genre yet in 1889.  In the yarn a capable New England mechanic mysteriously awakens in Camelot after a head injury.  Taken prisoner, he is sentenced to death as a sorcerer but saves himself by claiming to be responsible for a solar eclipse which he was able to calculate with the help of his trusty Almanac.  Not only is he saved, but he is elevated to King Arthur’s right hand man and made Sir Boss with the power to remake the kingdom with modern technology.

But eclipses-as-omens played a very real part in history.  The ancient Chinese believed that solar eclipses were caused by a cosmic dragon devouring the Sun and for various mysterious reasons then disgorging it.  The very word for the event—shi—also meant to eat.  Around the world many cultures had similar myths.  In Korea it was fire dogs, Vietnam a toad, India the severed head of an immortal demon, the old Norse had wolves, and some North American Amerinds had serpents or the celestial turtle that carried the earth on its back.

Nonsense, you may think, but even most of these people understood these stories as a metaphor for something mysterious and powerful—so powerful that an eclipse had to be an omen of something grand and terrible—the fall of a dynasty, the death of a king, a catastrophic loss in battle, or a natural disaster.  Both the ancient Chinese and Babylonians became careful chroniclers of sky events, especially eclipses, and today we can accurately date many historical events and the reigns of dynasties and kings by those observations.  They also became adept, without apparently understanding anything of a Copernican system, at developing precise calculations that could reliably predict future events.

More than two thousand years ago, the Babylonians were able to calculate that there were 38 possible eclipses or syzygys both lunar and solar within a period of 223 months which is about 18 years.  Not quite perfect, but pretty damned good.  They especially needed these calculations because they believed a solar eclipse foretold the death of the King.  Armed with this knowledge a ruler temporarily abdicated and a substitute King placed on the throne who was given all honors and lavished with wealth until the eclipse arrived and then was quickly dispatched allowing the old king to return safely.  Clever, those Babylonians.

But this kind of record keeping and prediction may go back far earlier than can be found in Chinese scrolls or Mesopotamian clay tablets.  Archeologists recently discovered Neolithic stones at a site in Cornwall from between 3,000 and 2,500 years ago that seem to record, predict, and trace the paths of a couple of hundred years of eclipses.  Stonehenge as long been thought to be used to calculate eclipses as well.

In the New World a petroglyph on the south face of Piedra del Sol, a free-standing rock in New Mexico’s Chaco Canyon, may depict the solar corona observed during the total solar eclipse of July 11, 1097 CE.

Clearly a lot of folks were gazing at the sun and searching for answers to big mysteries.

According to the Greek historian Herodotus on May 28, 585 BCE a solar eclipse that had been predicted by the philosopher Thales of Miletus interrupted a battle between the Medes and the Lydians causing them to immediately cease fighting and make peace in their long-running war.  How reliable Herodotus was is debated, but scientist/science fiction writer Isaac Asimov described this battle as the earliest historical event whose date is known with precision to the day and described the prediction as “the birth of science.”

But we sophisticates are beyond all of that myth and omen business, aren’t we.  Yet it might not take a deep analysis by a social psychologist to recognize that some of the extraordinary attention being paid to our eclipse is due to the deeply unsettling times in which we live. We find ourselves with President/king who has made sweeping changes to decades of policy in every conceivable era, who is regarded by some as a despot and/or mad man and as a literal savior by others, and who is playing nuclear chicken with a tin pot dictator.  Might not some corner of our psyches hidden behind our seeming rationality, look on the celestial event not as a science lesson or entertaining diversion but as an omen?

I once wrote in a different context: 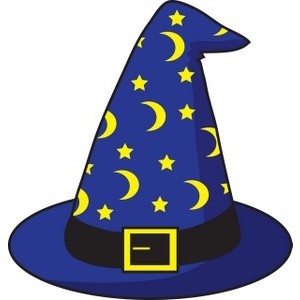 Today, just today—
Point A on Wheel X, spinning urgently,
comes to kiss Point B on Wheel Y,
rotating on its own good time,
for just a nano-second
having just brushed by
Point C on cog Z.

These precise events will come again,
I suppose—
you do the math if you wish.

But if I wore stars on a pointed hat,
I might conclude that there was something
beyond mere physics at work here.

Call it an omen, if you wish,
or the flat hand of something Greater
slapping us up side our
merely mortal heads
and scolding us—
“Spin as you will,
you spin not alone.”

—Patrick Murfin from We Build Temples in the Heart, Beacon Books, Boston, 2004.