Cast Announced for the Word Players’ Chatting With the Tea Party 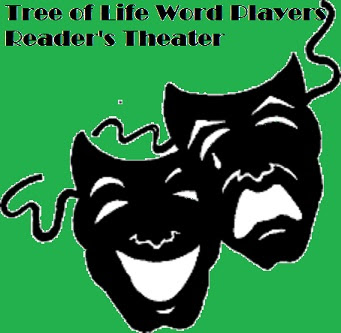 The Word Players, the new reader’s theater company at the Tree of Life Unitarian Universalist Congregation in McHenry has announced the cast for its upcoming presentation of the acclaimed play Chatting With the Tea Party by Rich Orloff on Friday, November 10, at 7 pm at the church, 5603 Bull Valley Road in McHenry.

Sue and George “Kaz” Kazlusk are retired educators with many years of performing and theater experience in McHenry County.  They both appeared in several editions of the Paradise People and Dille’s Follies revues and are longtime members of those seasonal favorites the Dickens Carolers.  Sue directed the annual Woodstock Children’s Theater productions at the Opera House for nearly 30 years.  She also participated in a reader’s theater production of 400 Years of Unitarian and Universalist Poetry conceived and directed by Patrick Murfin. Kaz is well remembered as the P.A. announcer of Woodstock High School games. They are also long time members of the Tree of Life Adult choir.
Daniel Pegarsch is a veteran of community theater productions including performances at the Raue Center in Crystal Lake.

Ron Relic has been a professional actor with stage credits in summer stock and regional theater as well as community theater productions.  He sings with Kaz in the Frothy Boys a cappella group with which his turn as Elvis Pressley’s lesser known brother stops every show the ensemble does.
Director Patrick Murfin is returning to theater roots stretching back to his high school and college days when had leading rolls in such productions as Damn Yankees, Pygmalion, Inherit the Wind, Oliver!, A Man for All Seasons, Little Murders, and The Rivals.  He also directed John Millington Synge’s Riders to the Sea, and Dylan Thomas’s Under Milkwood.  More recently he created and directed two reader’s theater plays including Thomas Jefferson Still Survives.  Murfin is also an amateur historian, blogger, and published poet in addition to being a well-known local social justice activist.

Chatting With the Tea Party is about one person’s journey across America exploring the question, “Who are these people?” It’s a documentary style play about a New York liberal playwright who decides to travel around the country interviewing leaders of local Tea Party groups, to get to know people whose political beliefs are diametrically opposed to his.  For a year playwright Rich Orloff attended Tea Party meetings and events in cities large and small in every region of the country. The play shapes the highlights of over 63 hours of interviews plus notes from the events to go beyond sound bites and stereotypes to show the people behind the politics. In a journey that’s at times disturbing, humorous, moving, and always thought-provoking.

The program is part of an on-going series highlighting the arts in Resistance.

Tickets will soon be on sale for the program for $10.  Proceeds will support the social justice ministry of the Tree of Life Congregation.

Posted by Patrick Murfin at 5:45 AM