Facing the Crises de Jour and of a Life Time—Murfin Verse, This Morning


Once again our head split from the relentless assault of demoralizing news that hammers at our senses humanity and decency.  Just this weekend off of the top of my head we hear about nation-wide sweeps of Sanctuary Cities in which ICE agents are snapping up people on the street virtually at random.  There were revelations that the Injustice Department under Attorney General Jeff Sessions has subpoenaed Facebook for the private information on anyone who even visited a page belonging to a group informally facilitating the inauguration protests last January potentially ensnaring hundreds of thousands.  The same Department announced that it will argue in court that employers should have the right to fire worker who are in homosexual relationships—a reversal of policy that stretches back across both Republican and Democratic administrations. And when he can tear himself away from trying to incite mob violence against athletes, the ever more deranged Chump-in-Chief is occupying his precious time attacking the Mayor of San Juan, Puerto Rico in the midst of an unparalleled natural disaster.  And, by the way, in case you had forgotten, nuclear war could break out at any time because of hissy snit and tantrum.
You would not have to cast a stone far to hit any of a dozen other outrages.  It’s a lot.  I know, I know.  And it can be demoralizing to the point of paralysis. 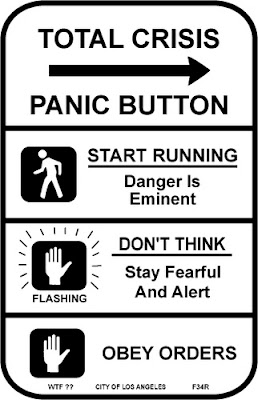 But, take heart!
Four years ago in 2013 I wrote a poem and posted it here.  It was in the midst of a crisis that seemed at the time to be an overwhelming and immediate danger but in comparison to what we have endured since inauguration day seems downright quaint.  As you may dimly remember back then the Republican Congress made good on its chest beating threats to let the government shut down rather than pass a routine rise in the Debt Limit because they were in a life-and-death struggle with Barack Obama over, you know, stuff.  Experts—all of the folks who will proclaim that they know what they are talking about and the rest of us don’t know squat—were predicting dire consequences up to and including a world economic collapse that would make the Great Depression look like your mommy forgot to put a Twinkie in your lunch box.
It turned out that after a few days of tourists being turned away from the monuments and museums on the National Mall, and some needy folks had some checks delayed, the bankers who hold the paper on the Republican Party applied some judicious leverage and presto! A deal was worked out, the debt limit was raised, and everything got back, more or less, to normal, whatever the hell that is.  The President once again holding no more than a pair of deuces took the pot from McConnell and Ryan who had, you should excuse the strained metaphor, a full house.
Of course neither I nor anyone else knew the ultimate outcome that day four years ago.  So I felt compelled to speak to the situation not with stunning and astute analysis buy with a damn poem.
In my introduction to the verse that day I wrote:
Political poetry has the shelf life of sushi on a pushcart in Phoenix in August.  It has a long and ignoble history since the days when long satirical ballads were printed anonymously in partisan newspapers, through the righteous radicalism dripping with the blood of workers and peasants, to acid penned short pieces in the columns of Puck or The New Yorker.  This is none of those, but read it fast before it evaporates from your screen.
It turns out that this one recycles usefully today.  And may again in the future….if we have a future. 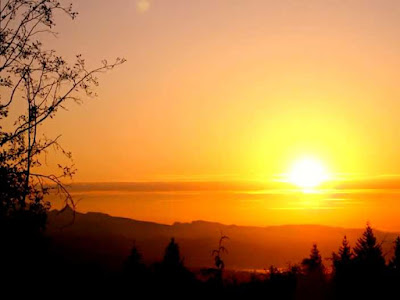 The sun rose this morning
heedless of deadlines
of wails and curses.

But that doesn’t mean
we must sit idle
with Zen-like equanimity.

The dew on the grass
invites the first foot print.

The crystal air refreshes
our lungs.

The wind at our backs
pushes us to action.

What they have done,
is done.

What we will do
is yet unwritten.

We have but one resolve—
not to be pawns
on their chessboard
anymore.