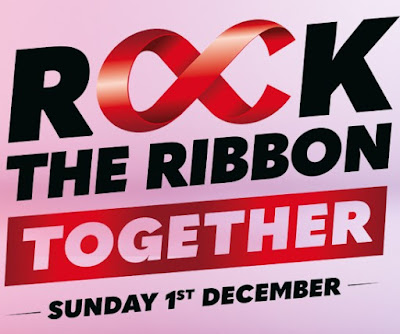 Back in 2001 World AIDS Day coincided with the First Sunday of Advent.  AIDS was then a death sentence.  Homosexual communities were stalked by a merciless plague.  Panic about the disease had spread far into the safe, middleclass hinterlands.  Misinformation and disinformation was rife—you could catch it from public toilet seats, the most casual physical contact.   Alvin Querhammer who owned the funeral home next door to me and doubled as the McHenry County Coroner wrote a piece for the Northwest Herald claiming that the HIV virus could be spread through the air circulation of jet liners and recommending that those infected be rounded up and kept in remote detention camps.
The opinion that AIDS was God’s justifiable wrath and just punishment for sodomites and fornicators was routinely propagated from many a pulpit.
There were signs that thing were ever-so-slowly changing.  Indiana teenager Ryan White had become the face of acceptably innocent victims.  Movie star Rock Hudson had become the first celebrity widely to be an acknowledged victim.  Elizabeth Taylor and Elton John lent their star power to awareness and charities for research and palliative care.  Panels of the AIDS Memorial Quilt were being made, assembled, and displayed across the country.  Red ribbons were being worn widely.  World AIDS Day was established in 1988 and was marked annually on December 1.
In 2001 churches across the country were asked to ring their bells that day in a display both in memoriam and offering hope.  Our congregation, then known as the Congregational Unitarian Church in Woodstock had already been doing educational work to counter the hysteria and fear in the community.  We agreed to participate.  As far as I knew we were then the only church in McHenry County to participate.  I was the regular bell ringer at the old Church—the Quasimodo of Dean Street.  It fell to me to toll the bell during our Advent service.
I also prepared a poem to be read as our Chalice Lighting.
The serendipitous alignment of AIDS Awareness Day and the First Sunday in Advent has rolled around again this year.  Circumstances have changed.  Drug treatments can now control the HIV infection allowing people to live long lives in remission—if they can afford the expensive drug cocktails.  Awareness campaign dramatically reduced transmission in the Gay community but it continues to spread among women, intravenous drug users, and now among the elderly in retirement communities.
Worse, AIDS is still pandemic in much of sub-Saharan Africa and parts of southern Asia.  Medical treatment is inadequate, drugs to expensive, and prevention crippled by the U.S. gag order that forbids dissemination of information on prophylactic protection by health agencies receiving American aid even indirectly.
So there is still much to remember this year as we light the first candle in the Advent wreath.
My poem was included in my 2004 Skinner House Books collection We Build Temples in the Heart.
AIDS Advent Sunday
We Light a candle and await,
await the coming of light and hope,
the promise foretold, fulfilled.


We light a candle and await,
await the pealing of the bells in joy triumphant,
where now they toll in somber mourning.


We light a candle and await,
await the hour of reunion,
prodigal and patriarch alike embraced,
alike forgiven,
all that was sundered made whole again.


We light a candle and await,
await the gifts a million shortened lives
could have wrapped for us
and our delight at their discovery.


We light a candle and await,
await the day the Quilt is at last finished,
can be lovingly folded and nestled in cedar,
and taken out only on cold nights
to wrap us in the warmth of remembrance.


We light a candle and await. 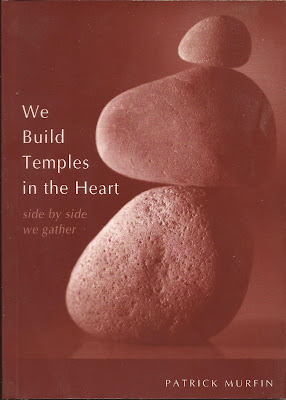