Easter and that Jesus Fellow for U.U.s—With Poetry 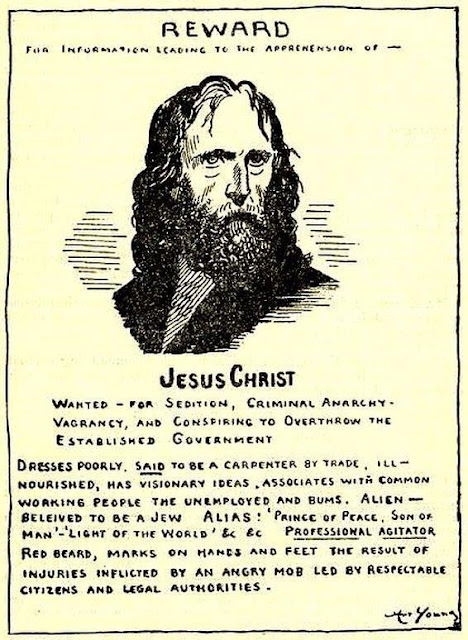 Happy Easter folks!  Easter is a tough morning for a lot of Unitarian Universalists who don’t buy the literal resurrection story or the godhood of the fellow said to have died on the cross nearly two millennia ago.  Also those who came as wounded refugees from Christian churches.
That is a summary of the introduction to probably three quarters of the sermons preached from U.U. pulpits this morning.  It will be followed by a sometimes elaborate apology touching bases with all other possible belief systems held or treasured by congregants.  Depending on the congregation and how secure the minister feel in his job, this lengthy introduction can last up to a third of the whole sermon.
Several UU minister read this blog at least occasionally.  Raise your hand if you have done this.  Raise it again if you will or did do it this morning.   I thought so.
If a minister is really unsure of his congregation, he or she will then do a rift on the historic roots of spring fertility festivals in pre-Christian time, how the church coopted and disguised these traditions for Easter and why we have eggs and Easter Bunnies.  On alternate years there may be a meditation on the annual rebirth of spring, the wonders of nature and what I call the Transcendental tap dance.
Only those ministers secure in their own theology and confident of their congregations will do a full on Easter service with Christian prayers and liturgy.  And neither she or he nor the congregation will regard the central miracle of Christianity as, you should pardon the expression, literal Gospel truth.
My advice to the ministers:  Keep that introduction apology as short as my first paragraph.  Have faith in what you want to say to the congregation.  Have faith in the congregation.  And be willing to stand up, grin, and nod equally to the outraged flinty eyed humanist who cannot stand to share his Sunday morning once or twice a year with self-identifying Christians or the wounded Christian who feels “marginalized” because you did not parrot the sermon he heard in his old church when he was ten years old.
All of that being said, I am up for anything interesting an insightful the minister pulls out of his or her hat.  I am not swearing to any dogmas or afraid that my soul will be wounded by heresy.  Give me something to ponder and chew on.
Myself, I’m a low Christology Jesus was a human rebel type of guy.  Resurrection and salvation don’t interest me as much as the radical message I hear in the teaching attributed to the son of a carpenter and ragged street preacher all those years ago.
So that’s who I am celebrating this Easter beginning with the old Socialist poster created by Art Young about 100 years ago that you see at the top of this blog entry.
And in that spirit—and to get a jump start on National Poetry Month which begins tomorrow—I am going to share two poems in the same spirit
The first is probably my favorite poem by Carl Sandburg, that Socialist and Universalist.

You come along. . . tearing your shirt. . . yelling about
Jesus.
Where do you get that stuff?
What do you know about Jesus?
Jesus had a way of talking soft and outside of a few
bankers and higher-ups among the con men of Jerusalem
everybody liked to have this Jesus around because
he never made any fake passes and everything
he said went and he helped the sick and gave the
people hope.


I've read Jesus' words. I know what he said. You don't
throw any scare into me. I've got your number. I
know how much you know about Jesus.
He never came near clean people or dirty people but
they felt cleaner because he came along. It was your
crowd of bankers and business men and lawyers
hired the sluggers and murderers who put Jesus out
of the running.


I say the same bunch backing you nailed the nails into
the hands of this Jesus of Nazareth. He had lined
up against him the same crooks and strong-arm men
now lined up with you paying your way.

This Jesus was good to look at, smelled good, listened
good. He threw out something fresh and beautiful
from the skin of his body and the touch of his hands
wherever he passed along.
You slimy bunkshooter, you put a smut on every human
blossom in reach of your rotten breath belching
about hell-fire and hiccupping about this Man who
lived a clean life in Galilee.

When are you going to quit making the carpenters build
emergency hospitals for women and girls driven
crazy with wrecked nerves from your gibberish about
Jesus--I put it to you again: Where do you get that
stuff; what do you know about Jesus?


Go ahead and bust all the chairs you want to. Smash
a whole wagon load of furniture at every performance.
Turn sixty somersaults and stand on your
nutty head. If it wasn't for the way you scare the
women and kids I'd feel sorry for you and pass the hat.
I like to watch a good four-flusher work, but not when
he starts people puking and calling for the doctors.
I like a man that's got nerve and can pull off a great
original performance, but you--you're only a bug-
house peddler of second-hand gospel--you're only
shoving out a phony imitation of the goods this
Jesus wanted free as air and sunlight.

You tell people living in shanties Jesus is going to fix it
up all right with them by giving them mansions in
the skies after they're dead and the worms have
eaten 'em.
You tell $6 a week department store girls all they need
is Jesus; you take a steel trust wop, dead without
having lived, gray and shrunken at forty years of
age, and you tell him to look at Jesus on the cross
and he'll be all right.
You tell poor people they don't need any more money
on pay day and even if it's fierce to be out of a job,
Jesus'll fix that up all right, all right--all they gotta
do is take Jesus the way you say.
I'm telling you Jesus wouldn't stand for the stuff you're
handing out. Jesus played it different. The bankers
and lawyers of Jerusalem got their sluggers and
murderers to go after Jesus just because Jesus
wouldn't play their game. He didn't sit in with
the big thieves.

I don't want a lot of gab from a bunkshooter in my religion.
I won't take my religion from any man who never works
except with his mouth and never cherishes any memory
except the face of the woman on the American
silver dollar.

I ask you to come through and show me where you're
pouring out the blood of your life.

I've been to this suburb of Jerusalem they call Golgotha,
where they nailed Him, and I know if the story is
straight it was real blood ran from His hands and
the nail-holes, and it was real blood spurted in red
drops where the spear of the Roman soldier rammed
in between the ribs of this Jesus of Nazareth.
—Carl Sandburg

The second is from a far more deservedly obscure minor Midwest poet of the late 20th and early 21st Centuries.

Come to Me, Sweet Jesus

“Come to me, Sweet Jesus!”
The TV preacher shouts,
thumping his chest,
waving his arms
with the urgency and passion
of a man whose toes
have tapped on brimstone.

Which Jesus, I wonder casually,
My thumb hovering over the remote
eager to find the ballgame.

I have since seen a Jesus
of every imaginable sort—
African Jesus dashikied in splendor,
beardless Blackfoot Jesus in eagle feathers,
Jesus with breasts and womb,
American Guy Jesus,
neat trimmed beard and curling hair
like the Little League coach down the block.

What Jesus does this sweating man summon
with his electronic worship music band
and cathedral in the parking lot,
pews filled with rapture
in sports shirts and sundresses?

And who, when I shut my eyes,
do I beckon when I murmur,
“Come to me sweet Jesus?”
A swarthy man,
stocky built, barrel chested,
muscular forearms bulging
from the swing of the hammer
matted with a thick curling pelt,
nose large, lips fleshy,
burnoose over raven hair,
wrapped in dingy course cloth,
callused bare feet
black with the dust of the road.

Come to me, sweet Jesus,
Let me wash your feet.