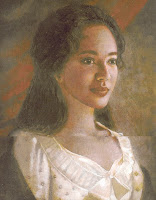 I know.  I am breaking my own rules.  I am posting my own poetry twice during the celebration of National Poetry Month.   I am sure that there are far more deserving poets, but I wanted to observe the 270th birthday of Thomas Jefferson who was born on April 13, 1749 at his father’s Shadwell plantation Albemarle County, Virginia.
Next to George Washington and Benjamin Franklin, Jefferson is the most revered of the Founding Fathers.  He was author of the Declaration of Independence, a tireless advocate of religious freedom and the inventor of the idea of “a wall of separation between church and state.”  He was the founder of the Democratic Republican Party that challenged the “monarchal tendencies” and anglophelia of the Federalist Party, leading to the Revolution of 1800 and the triumph of democracy.  Cultured and urbane, he would have been an ideal and stimulating dining companion.
Jefferson was a hero of mine since childhood.  But he was no saint and his legacy is sullied—in the eyes of some irredeemably so.
First there is the stain of slavery.  He recognized that it made a mockery of all of the high ideas of the Declaration.  The theoretical admirer of the yeoman farmer as the ideal, he could never give up the life of luxury and ease that his slaves afforded him.  Although he dreamed of the day when slavery would be ended, he feared that Blacks and Whites could never live and work side by side as equals.  Instead, he promoted schemes to resettle Freemen in Africa.
Perhaps worse yet, Jefferson exploited his power over the slave quarters to take as his longtime mistress the personal slave and teenage half-sister of his dead wife Martha.   Some believe that the long term relationship became one of love and mutual devotion; others maintain it was nothing more than serial rape.
He could have left Sally Hemmings in France where she would have been a free woman, but he returned to Virginia with her where she was his chattel.  Later, he would allow some her children, who were fair skinned and red haired and were said to bear an uncanny resemblance to him, to “escape.”  The others were freed in his will.  But all of the rest of the slaves remained in bondage and many would be sold off and families torn asunder to pay his enormous debts.
Then there is the Jefferson who as President sowed the destruction of his agrarian republic by becoming the god father of Manifest Destiny and empire with the purchase of Louisiana from the French.  And who presented visiting delegations of Native Americans peace medallions emblazoned with his profile while waging relentless war against them.
So much to admire.  So much to disdain.   Our brains which demand either/or cannot quite compute.  In recent years the tendency among liberals has been to kick Jefferson out of the Pantheon and to the gutter.  Once esteemed by Unitarian Universalists for his self-proclaimed small “u” unitarianism, his devotion to religious liberty, and his meticulously constructed Bible with its very human Jesus, he has come to be viewed as an embarrassment.  After years of trying his name was stripped from the former Thomas Jefferson District of the UUA amid cheers and self-congratulations.
As for me, because Jefferson was every bit as human as his Jesus, I don’t expect perfection, or to worship him.  I don’t subscribe to the idea that because he did evil in his life, everything he accomplished must be cast aside as the “tainted fruit of a poisoned tree.”
Come let us embrace Jefferson.  Let us embrace Sally Hemmings.  Let us embrace ambiguity.
Jefferson Awoke


He woke early, as was his  custom.
The first yellow light of dawn
pierced the wavy window panes, warmed his ruddy cheek
until those gold flecked brown eyes opened,
his red hair, unpowdered and loosened from its velvet ribbon
splayed across the pillow
twining  with  her shining black tresses,
lay upon her perfect caramel shoulder.

As he stirred, so did she,
rising from her old Mistress’s bed,
abandoning the damp, warm spot on satin
to wrap herself silently in coarse linen
and slip unnoticed from the Master’s chamber
before Polly and the household
would be forced to acknowledge what their hearts’ knew—
That Sally Hemming s,
ledger page chattel of Thom as Jefferson,
half-sister to his dead wife,
childhood playmate of Polly and now her body servant,
was his—what?
Lover?
Consolation?
Careless  sponge for urgency?

And he, crossing to that secretary of his own devise,
without a momentary glance back at the retreating figure,
sitting on that ingeniously swiveling chair,
spread the heavy sheets befor e him,
dipped quill into indigo
and paused for just a moment
before inventing America.

Posted by Patrick Murfin at 7:37 AM