Teeing Up With a Surprising Dentist 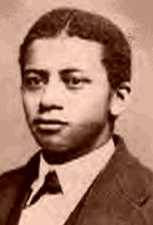 Alert readers may have noted that I am not much of a golf person.  I have shunned it as a boring, expensive waste of time since my Dad explained to me years ago why he would rather go fishing—“Golf is just chasing a ball around a pasture.”  Or, as Mark Twain once said, “Golf is a good walk spoiled.”

Still, I cannot resist the noting that on December 12, 1899 Dr. George Franklin Grant received a patent for an improved golf tee.  In fact, it was a major improvement and was the direct ancestor of the little devices used by duffers today.
Since the days of playing in the rough Scottish countryside, golfers had sought ways to hold their balls steady for a drive.  Most early tees cradled the ball on the ground, not elevating it.  Traditional tees were fashioned by players on the spot using mound of sand or soil, or even a nest of twig.  Several tinkerers patented improvements.
Most noted of these, as well as the first, were William Bloxsom and Arthur Douglas of Scotland. But their devise, made of molded hard rubber sat on top of the ground and held the ball on three stubby legs.
Grant was a Dentist and professor of dentistry at his alma mater, Harvard University.  It hardly seems surprising that a significant improvement to golf would be the product of a dentist—members of that profession are noted for the time they spend on the links.  Or someone associated by that bastion of WASP respectability, Harvard.
But Gant was not a WASP.  He was African-American, born in Oswego, New York in 1846.  He entered Harvard Dental School as one of the two first Black students in 1868 and graduated two years later.  He was so gifted Harvard added him to the faculty in 1871.  He had a distinguished career both as a professor and a practicing dentist in Boston.  He invented the oblate palate, a prosthetic device for patients with a cleft palate.
He was a founding member and President of the Harvard Odontological Society and was elected President of the Harvard Dental Alumni Association in 1881.

Dr. Grant enjoyed a round of golf as well as any respectable citizen.  But he also took an interest in the study of the physics of the game, which led him to his breakthrough invention.
Grant’s tee had all of the features associated with the devise in use today—it was a pointed peg meant to be inserted into the ground, the top was concave to hold the ball, and it elevated the ball off the ground making for a cleaner, harder drive in which the club was less likely to be slowed by digging a divot in the ground.  The concave holder in Grant’s tee was a small piece of hard rubber glued to the peg.
The tee was never put into commercial production.  Dr. Grant made them and gave them as gifts to his friends and golfing buddies.
Grant died in 1910.
In 1922 another dentist familiar with Grant’s work, Dr. William Lowell invented and patented the reddy tee, a wooden peg with a flared, hollowed out top.  Unlike Grant, he took his invention to market and within a decade it was standard on courses across the world.
Despite Lowell’s commercial success the United States Golf Association (USGA) officially anointed Grant as “the inventor” of the wooden tee in 1991.  And who I am I to argue with them.
Posted by Patrick Murfin at 4:27 AM