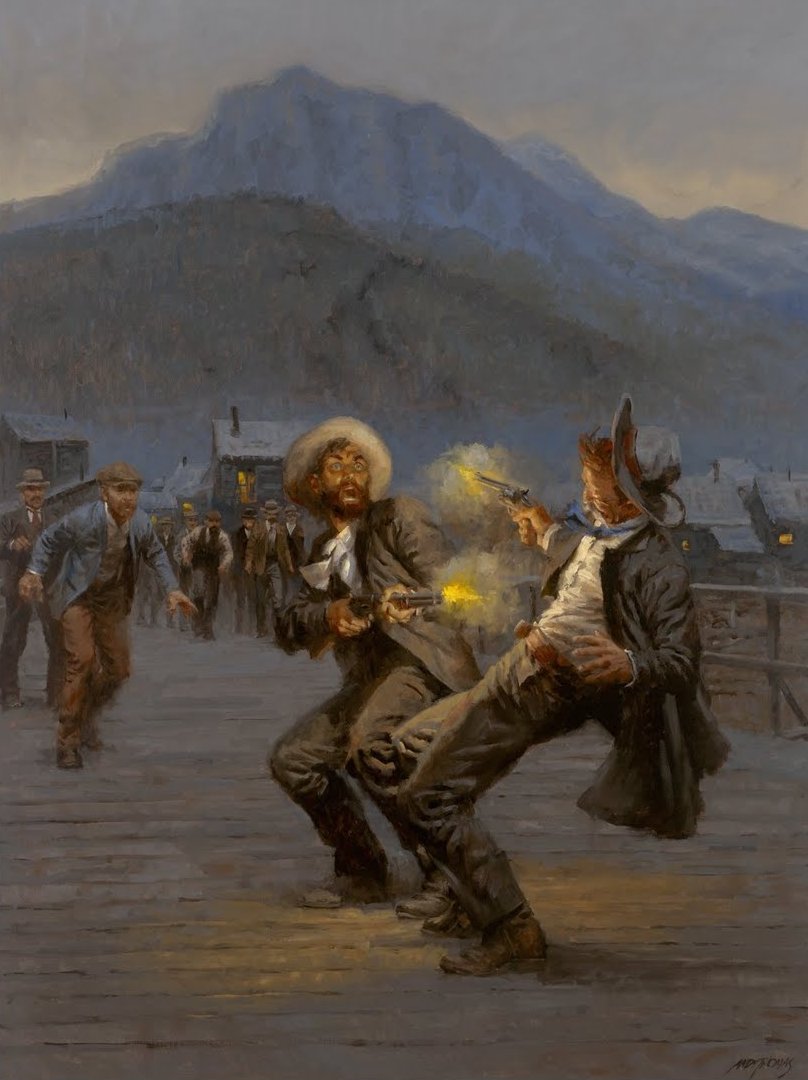 
On July 15 Steward poke, minus about $800 worth of dust, was found in Soapy’s trunk hidden in a shed.  The squawking miner got most of his fortune back after all.
Reid was carried to a hospital where his severe wounds were tended as best as possible.  On July 20, twelve agonizing days later, he died of his wounds.
Reid was given the biggest and fanciest funeral the young city had ever seen and citizens subscribed to erect a handsome monument on his grave inscribed “He gave his life for the honor of Skagway.”  Soapy Smith was laid to rest under a wooden headboard, few mourners present as most of his cronies were on the run, in hiding, or had been arrested by the Army which had taken over the city under martial law.
Ried may have been a hero then.  But it is Soapy Smith everyone remembers.  Since 1978 the city has held an annual Soapy Smith Wake, which has become a popular festival and major tourist attraction.  Jeff Smith’s Parlor has been preserved and restored and is now a museum.  Visitors to Ried’s handsome monument are few.

Posted by Patrick Murfin at 5:49 AM