Serendipity—More than Just a Coincidence 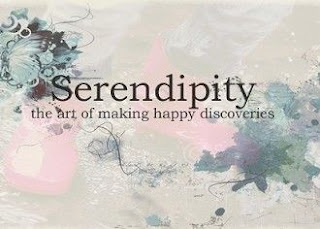 It is the birthday of one of the most useful and beautiful words in the English Language—serendipity.  It is not often that we know the exact date a word was coined—and who is responsible.  But thanks to the quaint 18th Century custom of keeping letter books or tying up one’s correspondence with nice—and expensive—silk ribbon, etymologist have this one nailed down.
On January 28, 1754 Horace Walpole, a/k/a the Earl of Orford took up his quill to write to his friend Sir Horace Mann, Horace evidently being a more popular name back then than it is today. Walpole was a noted English art historian, man of letters, antiquarian and Whig politician who happened to be the son of the very first English Prime Minister, Sir Robert Walpole.    Mann was a scholarly gentleman and sometime diplomat who was a long time resident of Florence, Italy and who kept a legendary open house there for the English gentry touring the Continent.

The two Horaces kept a correspondence for more than 40 years which was published in 1833 and widely read among the literary set.  Mann was no direct relation to the later American Transcendentalist, social reformer, and educator of the same name but the Yankee was named in his honor.
In a letter to Mann, Walpole boasted about creating a new word after reading a Persian fairytale called The Three Princes of Serendip in which said princes “were always making discoveries, by accidents and sagacity, of things they were not in quest of.”  Yeah, Walpole was the kind of guy who passed his time reading Persian fairytales, quite likely in some dead language.  The creation story of the word is practically its definition.

Serendip, it turns out was a translation into Persian from Sanskrit, and Tamil before that for Ceylon, now known as Sri Lanka.  The Tamil, dark skinned Hindu people, ruled much of the island divided with the lighter skinned Indian Kings of Kerala.  The story was very old and is thought by some to be the inspiration for the Magi described in the nativity story.
All very well and good, you say, but just what the hell does serendipity mean anyway?
It is part chance, part coincidence, part happy accident.  But more than that, it is the recognition of or creation of unexpected benefits from a seeming random event by someone sagacious enough to make the connection.  The term is often applied to scientific discovery or invention.  Think of something as grand as Alexander Fleming’s accidental discovery of penicillin in 1928 or as trivial as the development of Silly Putty from a failed attempt at creating synthetic rubber.

Writers and artists of various kinds also have similar experiences and make the connections described as “finding bridges where others find holes.”  This experience is related to, but not identical with the concept of an epiphany.
Serendipity is so fun to say that it has entered popular use where, however, the sagacious transformation of a pleasant surprise is often missing.  In these uses it is reduced to mere luck.

In fact the meaning of the word is so nuanced that a British translation service placed it on a list of the ten English words hardest to translate into other languages.  Its scientific applications, however have introduced it into many languages, even French where the defenders of linguistic purity at the Académie française try their damnedest to stomp it out.