In Spite of Ourselves by John Prine with Iris DeMent.

Folks are wearing on each other’s patience after weeks of close confinement.  My wife Kathy and I were snapping at each other like alligators in a feeding frenzy this morning over what can best be described as the most trivial irritations.  Perhaps disharmony had seeped into your own ideal relationships as well.  Hopefully no one has come to blows or is seeking a reliable contract killer who will practice correct social distancing. 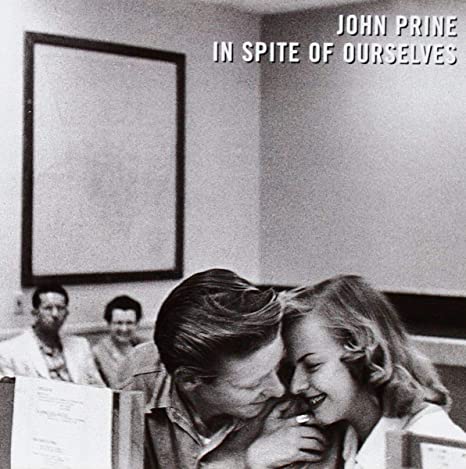 John Prine's In Spite of Ourselves album cover.
But even under these trying circumstances the late, great John Prine and Iris DeMent, an Arkansas born singer/songwriter, offer hope for overcoming the bullshit.  In Spite of Ourselves was the title track of Prine’s 13th studio album of released in 1999. The album was Prine's first release since successfully battling throat cancer and featured duets with well-known female folk and alt-country vocalists including DeMent, Connie Smith, Lucinda Williams, Trisha Yearwood, Melba Montgomery, Emmylou Harris, Dolores Keane, Patty Loveless, and his wife, Fiona Prine.

Critic David Cantwell of No Depression singled out  In Spite of Ourselves as the best duet on the album and wrote that the album “is a solid collection of country duets, and if nothing else, it proves that Prine has great taste in old country songs... not to mention great taste in what used to be called “girl singers.”

Posted by Patrick Murfin at 2:08 PM