Virtual May Day Celebrations in a Time of Plague 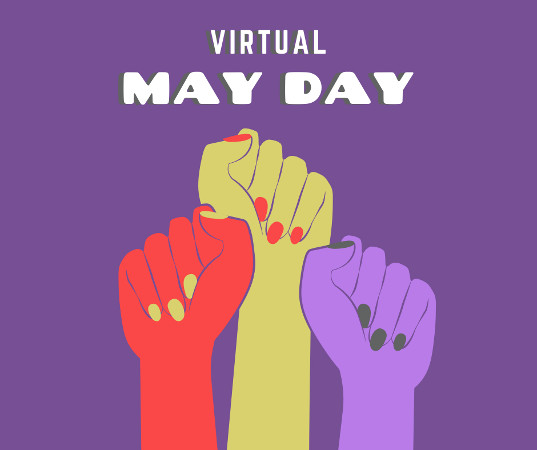 For the first time in 130 years workers will not be for the most part filling the streets worldwide for International Labor Day.  As much as unions, labor militants, socialists, Communists, and anarchists want to display their solidarity and flex their muscles on May Day most are loath to risk their supporters’ health and lives and breach a broader solidarity with society by assembling during the Coronavirus pandemic.
Others have not been so responsible. In the United States Trump supporters are trying to usurp the labor celebration with several planned Make America Great Again (MAGA) rallies that will echo the Cheeto-in-charge’s call to “Liberate!” states and cities that insist on enforcing closing orders and social distancing.  Some of these events, like the siege yesterday at the Michigan capitol in Lansing will include heavily armed neo-fascists.  Imagine what would happen if true labor demonstrators or outraged Blacks made such a showing.
Poland, the birthplace of the Solidarity union uprising against the repressive Soviet dominated Communist regime that inspired workers’ power movements around the world has fallen so deeply into overt fascism that state sanctioned May Day marches today will call for draconian suppression of LGBTQ rights and criminalization of individuals, suppression of women’s organizations that blocked plans to re-criminalize abortion, attack mostly Muslim refugees, and revive official anti-Semitism.  Other right-wing regimes will likewise coopt May Day.
Old fashion repression is the order of the day elsewhere.  In Turkey where the oppressive government as violently attacked May Day marches for the last three years acted preemptively to arrest the entire leadership of one major union federation and probably others.  India has made similar threats. 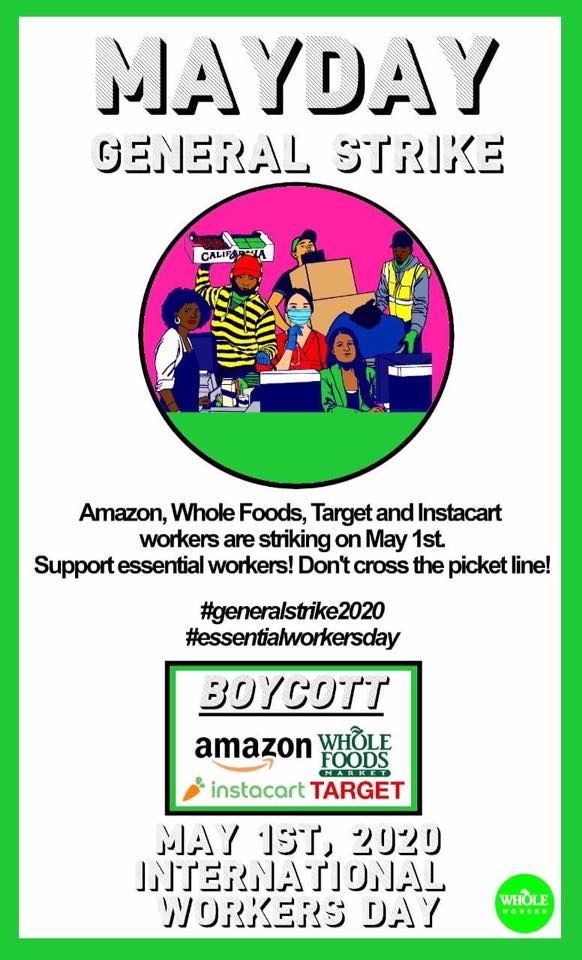 There will be strike actions in the U.S. today.  Meat cutters and packers in Nebraska and elsewhere are on strike to protest back to work orders in Coronavirus hot spots by Donald Trump’s proclamation that meat and poultry plants are “essential.”  Lack of protective equipment and safety precautions has also been marked by several walk-out and demonstrations by front line health care workers.
Most ambitiously food chain workers at Whole Foods, Target, and Instacart as well as warehouse and delivery personnel at Amazon have announced a May Day General strike and consumer boycott.  While that effort will be far from universal it is a sign that a militant labor movement is growing even under the current adverse conditions. 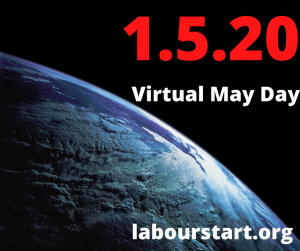 If you, like me, need to scratch your May Day yen there are many virtual options available.  On a global level LabourStart and several international unions have are streaming an all-day virtual May Day from around the worlds starting at 9 am Eastern Daylight Time from Australia with speakers and entertainers from around the world.  It will be steaming live on LabourStart’s Facebook page or on Vimeo. 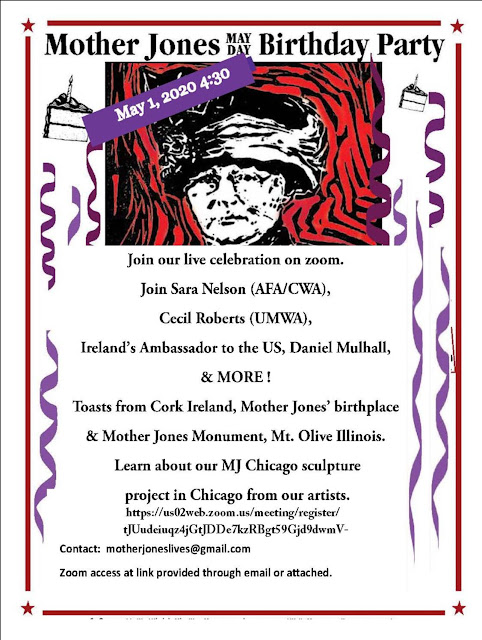 Most major American cities are having virtual May Day events which you can easily find in a Google search. In Chicago that includes the Laying of Roses at the Haymarket Martyrs Memorial at Forest Home Cemetery in Forest Park from 11 am-Noon Central Daylight Time sponsored by the Greater Chicago IWW: Virtual May Day from 3-4 pm cosponsored by the Illinois Labor History Society and the Chicago Federation of Labor; and Mother Jones We Shall Rise Party from 4:30 to 9 pm sponsored by Mother Jones Lives.
We will close today with a poem that was inspired by a huge Chicago May Day march in 2017. 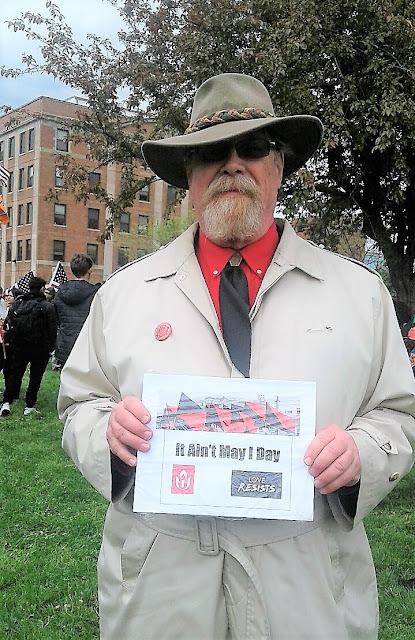 
It ain’t May I Day, Bub!
No, siree.
It’s get the hell out of our way
May Day,
beg no damn pardon
May Day,
get your paws off of her
May Day,
leave those kids alone
May Day,
all hands on deck
May Day,
we and us and ours
May Day,
five finger fist
May Day,
We win,
May Day
Venceremos,
May Day,
Get it now?