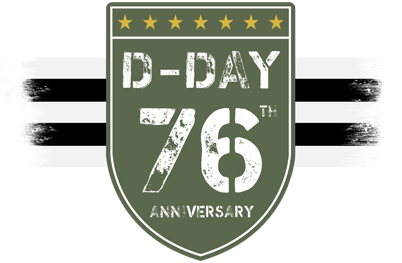 Note:  We seem to be in the middle of a Fascist coup attempt by would-be Führer Donald Trump as we battle white supremacy, racism, and violent police oppression.  At this very moment when the world seems teetering on the edge of something, we should remember when we as a people fought Nazis…

Nearly 2 million soldiers, sailors, and airmen were involved in the total Operation Overlord, including those landed after the first day.  195,000 Naval personnel manned 6,039 vessels including 1,200 warships and 15 hospital ships.  The United States alone shipped 7 million tons of supplies, 14 billion pounds of material including 448,000 tons of ammunition.
Air operations in support of D-Day, which began in April, included 14,000 missions with a loss of 2000 air craft and 12,000 airmen before the landing.  127 planes were lost on D-Day alone.

All of them are gone now.  Within a few years the last of the veterans of D-Day will go the way of the ghosts of Gettysburg and Belleau Wood.  The latter battle, coincidently, reached its peak on another June 6 in 1918 when U.S. Marines suffered their worst single day losses in history.
So much war.  So much grief.
Posted by Patrick Murfin at 5:08 AM