My Flag, Your Flag, Our Flag? 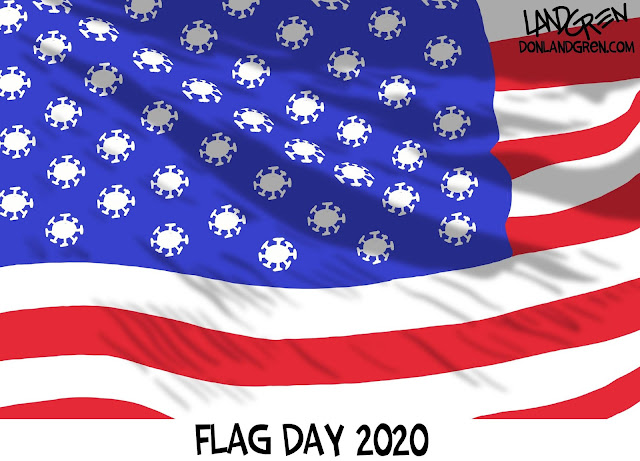 No other country on earth makes quite the fetish of its flag as does the United States.  The word idolatry comes to mind.  At its worst it elevates the symbol—the Flag—over the substance—the democratic values espoused in the Declaration of Independence and protected by the Constitution.  It is an absolute truism that those who wrap themselves most in the Flag—and these day that is not just a figurative term—are the most disingenuous and dangerous.  Witness any Donald Trump performance.

On the other hand—especially those who served in the Armed Forces or who were raised in a veteran’s household—have been taught to respect the Flag and “the nation for which it stands.”  I still hang the Flag on my house on patriotic holidays and always place my hat over my heart when it passes by in a parade.  It’s just the way I was raised.

Not widely displayed except at military posts, on Navy ships, and on some Federal buildings prior to the Civil War, the Grand Army of the Republic heavily promoted its use after the war in a spirit of triumphalism of the Union over the vanquished South.  For that reason display of the national flag was highly unpopular in the South until World War I.

Resolved: That the flag of the United States be made of thirteen stripes, alternate red and white; that the union be thirteen stars, white in a blue field, representing a new Constellation.
The new official flag—not, by the way, likely first sewn by Philadelphia seamstress Betsy Ross—was based on the unofficial Grand Union flag used by General George Washington during the Siege of Boston.  That flag had the same thirteen alternating red and white stripes but had the British Union flag in its canton.  Of course, that was before Independence was declared in July of 1776.  It wouldn’t do to keep the reference to the British flag.

The Act was vague—it did not describe the arrangement of the stars in the field, how the stars should be shaped, or even how large the field should be.  Local flag makers working from the sketchy description produced many variations with five, six, and even twelve pointed stars; with stars of different sizes; and many variations of arrangement.  Also the shade of blue used for the field depended largely on what blue cloth the maker might have at hand.
The familiar thirteen stars in a circle was not only not standard, some historians doubt if it was used at all during the Revolutionary War.  Others believe that it might have been the flag used at the British surrender at Yorktown.

But it still did not specifically designate an arrangement for the stars.  During the Civil War flags with all manner of arrangements were used.  It was not until the creation of the 48 star flag in 1912 that a specific arrangement was established.  The current 50 star flag has been in use since July 4, 1960 after the admission of Hawaii to the Union.  This year will mark the 60th anniversary of that flag, which has been in service longer than any previous national banner.

Today the flag is waved by forces on both sides of the great social and political divide even as the nation for which it stands seems to teeter perilously on the verge of a second civil war.  Both sides claim to love their country but have seemingly irreconcilable notions about what America is, what it means, and what it should become.

I’ve got my flag today and I believe it stands for “Liberty and Justice for All.”  What does your flag mean?

Posted by Patrick Murfin at 7:15 AM