Nix Columbus—Celebrate the People Who Knew Where they Were 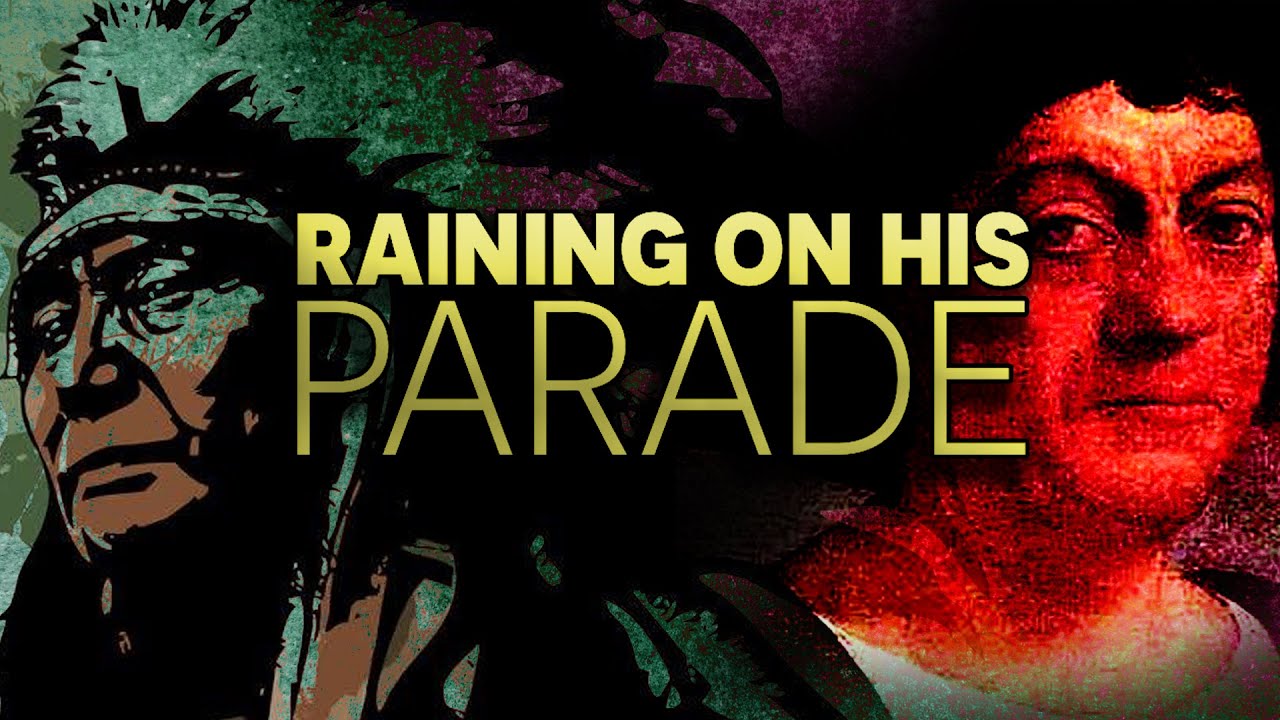 Note—While I continue to work on the next installment of the Murfin endorsements or the 2016 election, let’s not let today’s Federal Holiday and the growing movement to replace it with a day honoring Native Americans go unnoticed. This year the mighty Gathering of the Nations in support of the Standing Rock Sioux’s sacred Oceti Sakowin Camp and in determined defense of water, air, and land inspire us all.       Call it what you will—Indigenous People’s Day, Native American Awareness Day, or the Day of the Peoples Who Always Knew Where They Were—celebrate today!

Today is the Federal Holiday honoring Christopher Columbus, the alleged discover of the Americas.   The actual anniversary of his landfall on the island of San Salvador in 1492 would be October 14.  Years ago Congress, in all of its wisdom assigned the holiday to the second Monday on October to make way for a possible three day week-end for the few people who get the day off—or possibly to extend the giant mattress sales that seems to have become one of the most visible traditions of the holiday.
The trouble is, Columbus has been falling out of favor for some time, except among the Italian-Americans who used his Italian roots to claim their spot at the American table.  The Columbus Day parades in the big cities are less about the Navigator—an ironic title for someone who didn’t know where the hell he was—and more about, as an Italian friend once put it, Gumba Pride.
That worked as long as the Columbus story told in 19th Century school primers was the only information out there.  But those damn historians insisted on poking around.  Lo and behold it turns out Columbus was not a very nice man.  In fact when King Ferdinand and Queen Isabella rewarded him for his voyages with the title of Admiral of the Ocean Sea and the job of Viceroy to rule the new lands, he was so brutal, venal, and corrupt that the Catholic Priests sent to save the souls of the natives petitioned their Majesties to have him removed.  So did various adventurers and would-be Conquistadors who he slapped in irons for horning in on his exclusive franchise.
In the end he was stripped of his titles and slapped in irons himself.

One of the offenses with which he was charged was virtually wiping out the Carib nation which populated most of the islands of the Caribbean by turning them into slaves.  Within ten years the once numerous people were gone and the Spanish had to replace them by buying Black Africans from Arab dealers.
By the 1960’s Native peoples in both North and South America were protesting celebrations of Columbus and demanding that the people who were his victims should be the honorees, not the thief.
In 1977 at a United Nations sponsored International Conference on Discrimination Against Indigenous Populations in the Americas held in Geneva, Switzerland the idea of replacing Columbus Day celebrations with a day honoring Indigenous Peoples was first proposed.  As the 500 year anniversary of the “Discovery” approached, Native delegates to a conference held in Quito, Ecuador in 1990 determined to plan protests and demand recognition.  “Nobody discovered us,” they asserted, “We knew where we were.”
Native groups in California were among the most vocal and organized in the protests in 1992. They persuaded the city of Berkley to become the first to rename the holiday locally to the Day of Solidarity with Indigenous People, better known as Indigenous Peoples Day.  The movement spread across the state.  Although only two other cities at first followed Berkley’s lead in officially adopting the name for the local holiday, school systems, libraries, and colleges began holding alternative events.  And activists began marching and sometimes disrupting official Columbus Day festivities.
South Dakota, with a large Tribal population, became the first state to jettison Columbus and adopt what they call Native American Day.  That name is also used by several Oklahoma based tribes.  Hawaii replaced Columbus Day with Discoverer’s Day, commemorating the Polynesian discoverers of the Islands.
Several cities, including Columbus, Ohio have simply dropped the holiday entirely and canceled the traditional parades.  In San Francisco, with its large Italian community axed Columbus and simply declared the day Italian Heritage Day instead. 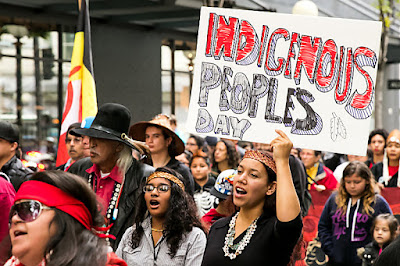 Two years ago Seattle jettisoned Columbus Day and declared Indigenous Peoples Day.  The year nine cities across the U. S., including in Albuquerque, New Mexico; Anadarko, Oklahoma; Portland, Oregon; St. Paul, Minnesota; and Olympia, Washington.  Even Oklahoma City, capital of one of the most conservative red states in the nation, voted on a proposal to do the same. The movement has gathered steam and this year the state of Vermont and the cities of Denver and Phoenix fell into line.
The Unitarian Universalist Association (UUA) has officially endorsed the switch to Indigenous Peoples Day and has promoted a number of activities and educational programs which members Congregations can use.
So far Congress has ignored calls to make a change on the Federal level.