I don’t know how it is in your neck of the woods but here in McHenry County, Illinois we are enjoying a beautiful mild and sunny day.  It will be perfect and moral building for the daily perambulation I am going to take as soon as this is posted.  But we are expecting at least periodic rain pretty much every day for the next week.  All in all a pretty normal early April.
April Showers is a popular song with music written by Louis Silvers and lyrics by B. G. (Buddy) De Sylva. First published in 1921, it is one of many popular songs of the era whose lyrics use a Bluebird of happiness as a symbol of cheer. 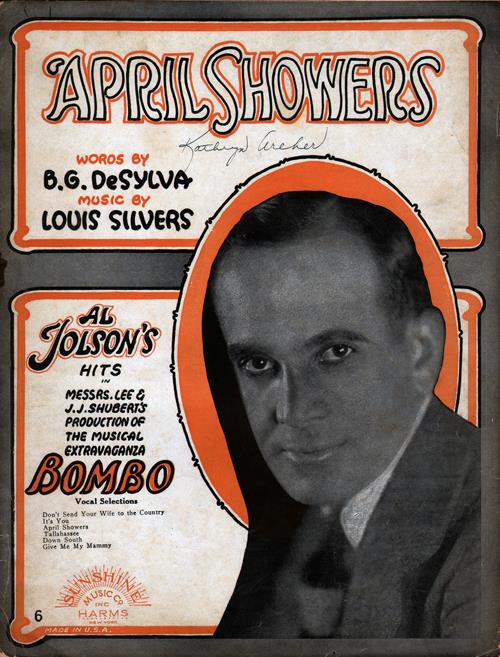 It was introduced in the 1921 Broadway musical Bombo, and sung by Al Jolson.  It became one of his signature songs which he recorded at least seven times in his career and was featured in five films—the 1927 Vitaphone short A Plantation Act, The Singing Kid in 1936, Rose of Washington Square in 1939, as the singing voice for Larry Parks in The Jolson Story in 1946 and Jolson Sings Again in 1949.
Many other artists have covered the song including Paul Whiteman and his Orchestra, Ruth Etting, Cab Callaway, Guy Lombardo and His Royal Canadians, Bing Crosby, Frank Sinatra, Mel Tormé, Joni James, Carol Burnett, Jackie Wilson, and Bugs Bunny as voiced by Mel Blanc. 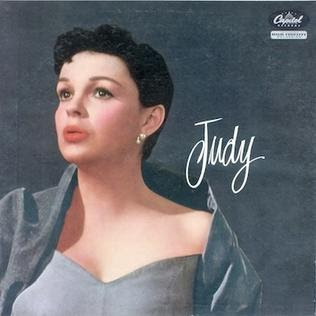 But today we are featuring a wonderful performance by Judy Garland from her 1956 Capital Records album Judy conducted and arranged by Nelson Riddle.  Like a lot of her numbers of her later career it seems to be sung holding back tears.