Cats—The Musical Not Every Other Facebook Post—Opened on Broadway 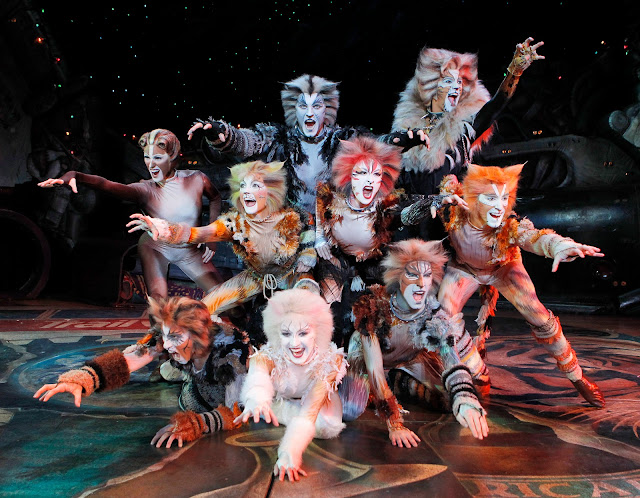 Some of the original Broadway cast of Cats.

When Cats opened on Broadway Forty years ago on October 8, 1982 at the Winter Garden Theatre it was already a sensation in London’s West End.  It opened during an era when the creative energy seemed drained from American musical theater, and a string of grand spectacle British productions, many with operatic overtones, was establishing domination on the Great White Way. It opened with high expectations, but no one expected that it would run for 7,493 performances—then a record and still the fourth longest run in Broadway history.  It lasted so long that the show originally lauded as ground-breaking and fresh, became the butt of David Letterman jokes and required sophisticated New York theater goers to sneeringly dismiss it as sentimental slop for the rubes in town from Iowa.

The show had an unusual origin, not a novel or a conventional stage play or an original book, but in a whimsical throw-away from the proclaimed greatest English Language poet of the 20th Century—T.S. Eliot.  Old Possum’s Book of Practical Cats was collected from cat psychology poems enclosed in letters to Eliot’s God Children signed as Old Possum.  Eliot published a limited edition with his own illustrations in 1939.  It stirred enough interest that a second edition for the general public was published the next year with illustrations by Nicolas Bentley.  Despite its success the usually serious minded Eliot did not regard the little book as one of his important creations. 
Composer Andrew Lloyd Webber was already famous for his collaborations with lyricist Tim Rice for Joseph and the Amazing Technicolor Dream Coat, Jesus Christ Superstar, and Evita.  He was in search of projects to develop on his own.  Fondly recalling Eliot’s book as a childhood favorite, he began to set some of the poems to music as early as 1977.  He premiered a concert version of the songs in 1980 at the annual Sydmonton Festival that he hosted in an old church on his Hampshire estate.  Eliot’s widow Valerie was charmed and ultimately gave the composer permission to stage a full scale musical under the unusual provision that no script be written and that Eliot’s original poems be used as the text.

In early 1981 the show went into rehearsals produced in partnership by Webber’s Real Useful Group and Cameron Mackintosh, then beginning his run as the world’s most successful super producer.  As Weber finalized the score he added adaptations of two other Eliot poems to the lyrics from the Old Possum’s book—Rhapsody on a Windy Night which Trevor Nunn adapted to the plays signature song, Memories and the brief song The Moments of Happiness was from a passage in Eliot’s Four Quartets.

During rehearsals the cast, an unusually large number of whom had “speaking”, singing, and featured dancing parts, was confused with the unusual structure of the play and the lack of conventional dialog or even a plot.  Theater goers, even those who ended up loving the show, were often equally perplexed.  It was said that without explanatory notes in the program, no one would know what was going on.

All of the action for the play took place on, or in front, of one set—a junk yard—over and around which a tribe of Cats roamed, related, and told their stories.  The slender premise was that it was the night of the Jellicle Choice when the tribe gathers and the wise Old Deuteronomy and selects one of their number to ascend to the Heaviside Layer and come back to a new life.  The cats, each with a colorful name and distinct appearance and fur, discovered they are being observed by humans and explained The Naming of Cats.  They took turns telling their own stories—or sometimes having their storied told by others in songs for which Webber employed a wide and eclectic variety of styles—classical, pop, music hall, jazz, rock, electro-acoustic music, and hymn.  Gillian Lynne choreographed extended dance sequences and there was even a play-with-in-a-play recalling a performance of a now elderly actor cat.

What almost passed for a plot was what happened to Grizabella, a former Glamour Cat, who long ago left the Tribe and returned used up, sick of body and soul, only to be shunned.  It was Grizabella who introduced herself with the plaintive aria Memories, which became the huge international hit from the show.  She was ultimately redeemed by the tender attention of kittens and ultimately was selected by Old Deuteronomy for the ascent to Heaviside.

As rehearsals drew near to opening night a young Judy Dench, who had been cast in the key role of Grizabella, severely injured her ankle and was replaced by Elain Page, the actress most associated with the part in its long West End Run, on tour, and later in Webber’s video production.

Cats opened on May 11, 1981 at the New London Theater to ecstatic reviews and sold out houses.  It would go on to run for 8,949 performances, exactly 21 years with a final performance on May 11, 2002.  It won the most important British theatrical awards—the Olivier Awards—for Best New Musical and Outstanding Achievement in a Musical for choreographer Lynne. 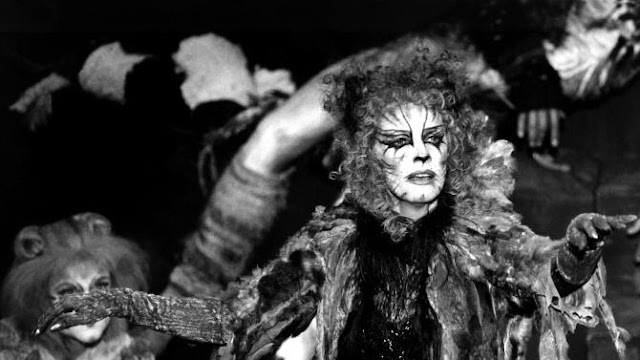 Betty Buckley as Grizabella on Broadway.


With a smash hit in London under their belt, the core creative team including Weber, Mackintosh, Director Trevor Nunn, and Lynne turned to mounting a Broadway production on even a grander scale.  The show opened with Betty Buckley, best known as the stepmother on the long running TV family dramedy Eight is Enough, as Grizabella.

Cats has subsequently been translated into more tha,n 20 languages and major professional productions have been mounted around the world.  Webber produced a made for TV version in Britain in 1998 starring Elaine Paige, Ken Page, who originated Old Deuteronomy on Broadway, Sir John Mills as Gus, Michael Gruber as Munkustrap, John Partridge as The Rum Tum Tugger, Jo Gibb as Rumpelteazer, and dancers and singers drawn from various stage productions of the show.  The production is available on CD. 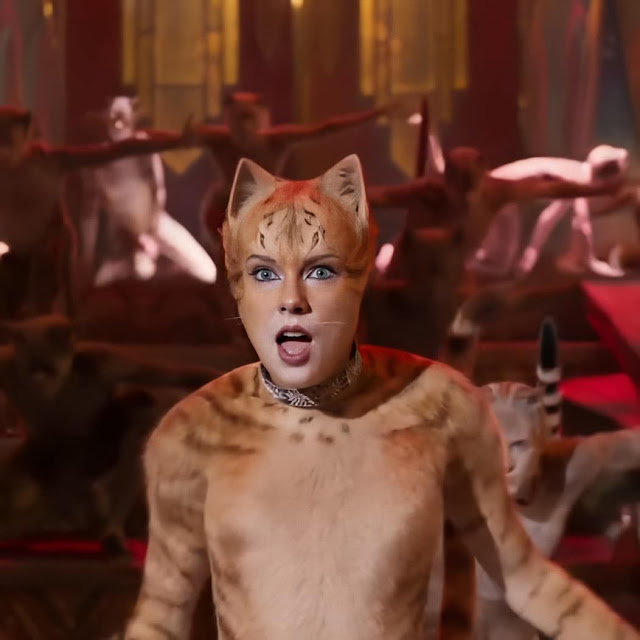 A 2019 star studded movie version was a monumental flop and Taylor Swift was singled out for particular scorn.


A star studded Universal Pictures movie was a Christmas release in 2019. It was an enormous flop with both critics and audiences despite the cast which included James Corden, Judy Dench, Jason Derulo, Idris Elba, Francesca Hayward, Ian McKellen, and Rebel Wilson.  But superstar pop diva Taylor Swift was the target of exceptional scorn for appearance.  Unlike other famous flops, this film does not seem to be developing a cult following.