Less Dancing than the Movie—The Newsboys Strike of 1899 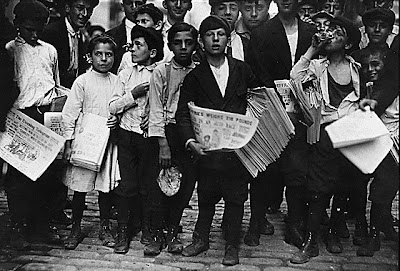 Posted by Patrick Murfin at 2:59 AM